"Derech eretz kadma LaTorah -- Proper character precedes the Torah." (Vayikra Rabbah 9:3) The Torah relates the stories of the Patriarchs at great length in sefer Bereishit in order to guide us in the ways of mussar and derech eretz before receiving the Torah in sefer Shemot. The parshiot of Lech-Lecha and Vayeira are the parshiot of Avraham Avinu, who is portrayed as a unique character in two areas, a "man of faith" and a "man of chesed."

Avraham is the great "man of faith." He is the first person since the generation of the flood to seek out the Master of the World, fight against the idol-worshippers and smash the idols. Ultimately, G-d revealed Himself and said to him, "I am the Master of the World." He travels and calls out in the name of G-d, builds altars, and teaches the people of his generation to thank and bless G-d. He is also the great "man of chesed," who extends hospitality and seeks the welfare of others, as depicted in the parsha and in Chazal.

Yerushalayim represents the unification of these two areas in the service of G-d. After the akeida, it says, "Avraham called the name of the place, `Hashem Yireh'." (Bereishit 22:14) The midrash comments on this (Midrash Tehillim 76):

You find that it is called "Shalem," as it says, "Malkizedek, king of Shalem" (Bereishit 14:18), whereas Avraham called it "Yireh," as it says, "Avraham called the name of the place, Hashem Yireh." G-d said, "If I call it Shalem, as Shem called it, I will negate the remembrance of my beloved Avraham, who called it Yireh. And if I call it Yireh, I negate the words of the righteous Shem, who called it Shalem." What did G-d do? He joined together what the two of them called it, and called it Yerushalayim. What is Yerushalayim? "Yireh" and "Shalem."

There are those who see in the liberation of Yerushalayim, the ingathering of Bnei Yisrael, and the building of Israel merely a social-national issue. The unity of the nation is expressed through "Shalem." And there are those who belittle unity and peace, and are concerned only with mitzvot between man and G-d, "Yireh." G-d, however, called this city "Yerushalayim," which is a combination of the two names, "Yireh" and "Shalem," to teach that one cannot exist without the other. Yirat Shamayim alone does not suffice if there is no peace between man and his friend.

Yerushalayim is, on the one hand, the place that we were commanded to go to on the three pilgrimages, "so that you will learn to FEAR Hashem." (Devarim 14:22) It is also the city about which it says, "a city that is UNITED together" (Tehillim 122:3), that it unites all of Israel. When we will understand how vital it is to unite these two forces, the areas of between man and G-d and between man and his friend, we will merit the building of Yerushalayim.

"The built up Yerushalayim, like a city that is united together" -- that joins Israel amongst themselves, and Israel and their Father in Heaven. 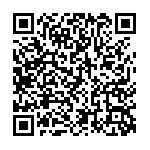