The Mitzvah of the Omer

The Mitzvah of the Omer

Why is the mitzvah of the omer the one through which Avraham merited inheriting the promised land? What is the special significance of this mitzvah that enables Am Yisrael to acquire Eretz Yisrael?

In order to explain this, let us examine the description of the mitzvah of the omer in the midrash (ibid 28:1):

R. Yanai said: When a person buys a "litra" of meat in the market, how much effort he must exert, how much suffering he must undergo, until it is cooked! Yet, people sleep on their beds, and Hashem causes winds to blow, forms clouds, causes plants to grow, and makes the fruit luscious - and they give Him only the compensation of the omer, as it says, "You shall bring an omer of your first harvest to the kohen." (Vayikra 23:10)

The midrash implies that the omer is a payment to Hashem for the kindness that He bestows upon us - "and they give Him only the compensation of the omer." In what way is the omer a compensation?

The Maharal explains (Ohr Chadash) that Hashem's existence in the creation can manifest itself in either a manner of overt miracles or in a concealed manner. When Am Yisrael merited overt miracles, such as the exodus from Egypt and the splitting of the Yam Suf, the belief in Hashem was absolute, as it says, "they had faith in Hashem and in Moshe, His servant." (Shemot 14:31) However, the higher level of faith is to believe that there is Divine existence even within the course of nature. The Ramban discusses this at length in the end of parshat Bo. He writes (Shemot 13:16) that the purpose of overt miracles is to reveal that there are concealed miracles, and the essence of faith is through these concealed miracles.

The existence of Hashem's miracles in nature, as depicted by the midrash that "Hashem causes winds to blow, forms clouds," etc., finds particular expression in the mitzvah of the omer. The question is whether a person pays attention to this phenomenon, that as he lies on his bed, without his doing anything, Hashem causes the plants to grow. Does he take it for granted as something that has to be that way, or does the person see in this process a miracle? Does he see how Hashem directs the world within nature?

When Am Yisrael fulfills the mitzvah of the omer, they answer this question in the affirmative. Through this mitzvah they show appreciation to Hashem for the "natural miracles" that he does for them, even though His presence is concealed. This, in essence, is the meaning of the midrash's phrase, "the compensation of the omer." Compensation - by showing appreciation and thanking Hashem for His miracles that are with us daily.

Based on the Maharal's principle, we can understand why the midrash links the inheritance of Eretz Yisrael with the mitzvah of the omer. The major difference between the generation that lived in the wilderness and the generation that entered Israel is that during the period of the wilderness Am Yisrael lived a life based on overt miracles. "Your garment did not wear out..." (Devarim 8:4); the well, the manna and the clouds of glory all accompanied them. When they entered Eretz Yisrael, however, the manner of Divine guidance changed to one concealed within a natural existence. (The commentators explain the aversion of the spies to enter Eretz Yisrael along these same lines. They were afraid of the change in the miraculous guidance that the generation of the wilderness was accustomed to, lest Am Yisrael would be unable to withstand the new manner of guidance in Eretz Yisrael.)

The mitzvah of the omer clearly expresses the new reality of Eretz Yisrael, that of Divine control within a natural existence. For this reason, the midrash states that in the merit of this mitzvah Avraham inherited the land, since only one who has the ability to show appreciation for Hashem's concealed guidance has the right to Eretz Yisrael.

It is therefore significant that the mitzvah of the omer was amongst the first mitzvot that Am Yisrael fulfilled upon entering the land (cf. Yehoshua 5:11-12), because, as the Maharal explained, this mitzvah encapsulates the essential character of Eretz Yisrael.

During this period of sefirat haomer (the counting of the omer), we must internalize the belief that the entire course of our life is guided by direct Divine Providence. This is particularly relevant to the events currently developing in Eretz Yisrael in this era of "ikveta dimeshicha" (the footsteps of the Messiah). May we merit to the rebuilding of the Beit Hamikdash (Temple) so that we will be able to properly offer the omer! Amen. 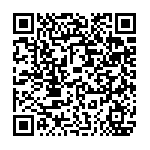