This passage is astounding:

1. What is the question: Why does it say, "Do not explore after your heart?" Clearly, it is a commandment not to explore after the heart and the eyes, which can lead to sin!

The Netziv in Ha'amek Davar explains beautifully: "Do not explore" has the same meaning as "exploring the land," which refers to searching for something new. It would have been much simpler to write: "Do not follow after your heart," so why does it say, "Do not explore?" The Sifrei therefore explains that the intent here is not to exclude following a sinful path. Instead, the pasuk is referring to a person who is searching for a path in serving Hashem. Regarding this Kohelet writes: "Follow the path of your heart" – a person's path in serving Hashem should be according to the direction that his heart pulls him.

We find this in Masechet Shabbat (118b), where the Gemara asks: "In what was your father particularly observant?" One was careful about Shabbat observance, and another about tzitzit. Not everyone serves Hashem in the same way. One person studies Torah all day, while another performs charitable deeds – and both have pure intentions. Therefore, Kohelet says: "Follow the path of your heart" – choose your own path in the way you serve Hashem according to the direction that your heart pulls you.

Thus, we understand the Sifrei's dilemma: "A straight path or the path of your choice?" The intention here is not, Heaven forbid, to a completely sinful path, but rather, "the path of your choice" refers to a path in Hashem's service that does not come from the 613 mitzvot. Regarding this it says: "Do not explore after your heart," from the same root of, "from exploring the land." This means: Do not search for commandments that are not included in the 613 commandments of the Torah even if your intent is pure, because any path that does not appear in the 613 commandments – even though it comes from pure intentions – is forbidden.

Therefore, the passage concludes: "I am Hashem, your G-d, who has taken you out from the land of Egypt." (Bamidbar 15:41) This means that in the land of Egypt there still wasn't a Torah, and everyone would worship Hashem any way they chose. However, after the Torah was given and Am Yisrael received the 613 commandments – you must follow the Torah and the mitzvot, and not search after new mitzvot that are not written in the Torah.

With this we can understand why the mitzvah of tzitzit was written next to the story of the wood gatherer. Chazal say that he was gathering wood for the sake of Heaven, and he was sinning with a noble intent. (See Targum Yonatan and Tosfot B.K. 119b s.v. afilu) This was his mistake, though. He was looking for a new way to serve Hashem, and this is not a valid means of worship. 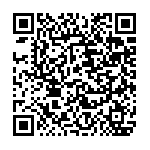