In Masechet Sanhedrin (97b), the Tannaim dispute whether the Teshuva (repentance) of Am Yisrael is a precondition for redemption, or if the redemption is not dependent on Teshuva, and it will come in any case:

R. Yehoshua said to him: If they do not do Teshuva, they will not be redeemed?! Rather, G-d will establish over them a king whose decrees are harsh like [those of] Haman, and Israel will do Teshuva.

Ramban and R. Chaim b. Atar (Ohr Hachaim) follow R. Yehoshua. Ramban in Parshat Ha'azinu (Devarim 32:40) writes, "In this Song [of Ha'azinu] there is no precondition of Teshuva and worship." Similarly, Ohr Hachaim writes, "There is a limit to the exile even if Israel will be completely wicked, Heaven forbid." (Vayikra 25:28) In contrast to this, Rambam follows R. Eliezer, and writes: "All the prophets commanded about Teshuva, and Israel will only be redeemed through Teshuva." (Hil. Teshuva 7:5)

R. Yehoshua's opinion requires explanation. First he says that the redemption will come even without Teshuva, yet he concludes that they will be forced to repent on account of harsh decrees.

It seems that the resolution to this apparent contradiction is hidden in our parsha. Our parsha begins with a process of Teshuva, "You will return unto ('ad) Hashem, your G-d." (Devarim 30:2) It then moves on to the beginning of redemption, "Then Hashem, your G-d, will bring back your captivity and have mercy on you, and He will gather you in from all the peoples." (30:3) It concludes, once again, with a process of Teshuva, "When you shall return to (el) Hashem, your G-d, with all your heart and all your soul." (30:10)

According to R. Yehoshua, the first stage of Teshuva will occur out of fear, not for its own sake, when the king that G-d will establish over Israel will pass harsh decrees against them. This will force them to repent. The coercion of the troubles, the pogroms, the anti-Semitism, and other tragedies will arouse the people to Teshuva. This will also be considered Teshuva, even though it is not Teshuva for its own sake.

How will this Teshuva be expressed? Through aliya to Israel! After all, the original sin that caused all of the exiles was, "They despised the desirable land." (Tehillim 106:24) Therefore, Teshuva will be through love of the Land; the exiled Jews will love the Land and will come back to redemption. Thus, the verses that say: "You will return unto Hashem, your G-d ... Then Hashem, your G-d, will bring back your captivity and have mercy on you, and He will gather you in from all the peoples" - deal with the first stage of return to the Land of the forefathers, with aliya to Israel. It will be done by coercion and not willingly; not for its own sake but out of fear. Similarly, Rav Teichtel in "Eim Habanim Semeicha" (p. 109) writes, "Aliya itself is certainly considered Teshuva." Similarly, Yehuda Alkelai writes, "The overall Teshuva ... is that Israel will return to the Land."

Only after the first stage of Teshuva, not for its sake, that Israel will come to Eretz Yisrael, will full Teshuva come: "When you shall return to (el) Hashem, your G-d, with all your heart and all your soul." This, indeed, is the order in the Book of Yechezkel (36:24-26):

I will take you from [among] the nations and gather you from all the lands, and I will bring you to your own soil.

Then I will sprinkle pure water upon you, that you may become cleansed...

I will give you a new heart and put a new spirit within you.

Rav Kook zt"l alludes to the process in Orot Hateshuva (17:2):

The arousal of the desire of the nation as a whole to return to its Land, to its essence, to its spirit and its innate characteristic - in fact, has the light of Teshuva in it. In truth, this matter is clearly expressed in the Torah's expression: "You will return unto ('ad) Hashem, your G-d," "When you shall return to (el) Hashem, your G-d."

The return to Israel will draw after it a strengthening of the nationalistic feelings, the first of which is the sense of unity. Therefore, the Torah preceded the portion of Teshuva with the factor of unity - "You are standing today, all of you ... to pass into the covenant of Hashem. Sefat Emet writes:

"You are standing today, all of you" - Because Klal Yisrael are always standing before Hashem, and the worship of each and every individual is to submit himself to the community. This is "today;' it is each and every day ... Based on this all the wicked people could repent, because sin only removes from the wholeness of Israel, and therefore he can return to his roots, as it says, "I am returning to the inheritance of my father."

And, in our times:

Near the footsteps of Messiah, the concept of unity in the nation will increase. (Orot p. 17)

Just as we are assured that all of the destinies will be fulfilled, and not one of them will fail, so, too, we are assured that the last generation - just as it began to repent for the sin of "they despised the cherished Land," and after thousands of years of wandering in the exile, they remembered Yerushalayim and Zion and its callings, and with all the might and enthusiasm they leave the lands of the exile and go up to Zion, and with self-sacrifice they build our holy land - so, too, will arise a fresh and living generation, who will fight also to revive the sacred ... That generation will put on trial its teachers and educators, who led him astray and removed from their mouth their holy food, and will force their ancestors to repent fully. This is what it says: "He will return the heart of fathers on their sons," that through the sons the fathers will repent. We hope that our young generation will be that generation that will shake off its dust and will go spearheading for the observance of Torah and complete Teshuva.  (Ma'aynei Yehoshua, Rav Y. M. Charlop zt"l)

The revival of the heart of the fathers on the sons and the heart of the son on their father is impossible to be other than through the air of Eretz Yisrael (B'Ikvi Hatzon, Rav Kook zt"l, p. 114) 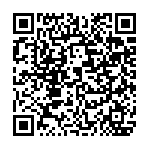