The Character of Lot

The relationship that existed between Avraham and Lot knew ups and downs. At first, the two strode together: "Avram went as Hashem had spoken to him, and Lot went with him." (Bereishit 12:4) Later on, however, their paths diverged: "Thus they parted, one from his brother." (13:11)

Rashi attributes a most severe implication to Lot's departure: "Lot journeyed from 'kedem'. In the Midrash aggada: He journeyed away from "kadmono shel olam" (the One from Eternity). He said, "I want neither Avraham nor his G-d." This means that we are not dealing merely with a physical distancing, but rather with a complete spiritual separation, and a rejection of Avraham's entire faith!

From where did Chazal learn to say such harsh things about Lot? After all, later on Lot still practiced hospitality with great self-sacrifice, and he also baked matzot on Pesach! The Saba of Kelm zt"l explained that Chazal knew to reach the depths of a person's soul and to derive from his revealed actions what his hidden, inner views and tendencies are. If Lot could leave a place as holy as Avraham's house and go to a place whose people were wicked and sinners, all this out of desire for money -- this means that in his heart he already said, "I want neither Avraham nor his G-d."

The Maharal writes that one who abandons something is worse than one who was never close. One who was always distant may still have the trait of closeness, just that it hasn't expressed itself yet in practice. However, regarding Lot, who was close and then distanced himself -- it is a sign of complete rejection on his part, because if he had an element of closeness he would not have distanced himself. This is what the Gemara says: "Rava taught: What does it say, 'One who removes himself to court lust' (Mishlei 18:1) -- This refers to Lot." (Nazir 23b) Because of his lust for money Lot separated himself from Avraham and his way.

What, in fact, happened to Lot that he separated from Avraham? In the beginning he went together with him. Together they left their land and birthplace, and at G-d's command they went to the unknown land. Why did he suddenly turn sour? The Chatam Sofer writes that this is what it says in Kohelet (5:12), "There is a sickening evil which I have seen under the sun; riches hoarded by their owner to his misfortune." Lot merited great riches on account of following Avraham. He had sheep and cattle and tents until they were no longer able to sit together. Human nature has negative tendency that the more wealth and money that a person has, his head goes wild and he wants more. Lot grew fat and rebelled, and traveled away from the "kadmono shel olam."

This is where Lot differed from Avraham. Regarding Avraham it says, "Avraham was very laden with livestock, silver and gold. He proceeded on his journeys ... to the place where his tent had been at first." (13:2-3) Rashi explains: "When he returned to Egypt to the Land of Canaan, he would go and lodge in the same inns that he lodged in them on his way to Egypt. This teaches proper manners that a person should not change his lodging."

This is amazing! When Avraham went down to Egypt he was in a state of poverty and hunger, and certainly was forced to lodge in cheap and simple lodgings. Now, however, when he was returning from Egypt, he was laden with silver and gold, and certainly had the ability to dwell in fancier accommodations. Even so, he went and lodged in those same inns that he lodged in them on his way to Egypt. This teaches that Avraham was one. He is the same Avraham in his state of poverty, and he is the same Avraham in the state of wealth. This is the opposite of Lot, who changed his entire way of life because of his great wealth, until he finally lost his spiritual world.

The essential nature and existence of the Jewish people is just the opposite of the way of Lot. In contrast to Lot, who in the moment of trial severed his connection with Avraham and his G-d, Am Yisrael is bound with an eternal bond with Hashem. Under all circumstances and throughout all the trials they do not leave Hashem, but rather know that the secret of their existence is, "You who cling to Hashem, your G-d -- you are all alive today." (Devarim 4:4) 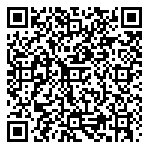