Yisrael and Yishmael are the only two nations that contain G-d’s Name, as it says in Pirkei D’Rabbi Eliezer (ch. 29):

Bilaam said: Of the seventy nations that G-d created in His world, he did not place His Name in any one of them, other than Yisrael. Since G-d equated Yishmael’s name with that of Yisrael: “Oh! Who will survive in his days,” as it says, “Oh! Who will survive when He imposes these!” (Bamidbar 24:23)

Why is his name called Yishmael? Because G-d will hear the sound of the [Israel’s] groan from what Bnei Yishmael are destined to do in the Land in the end of days. Therefore, his name is called Yishmael, as it says, “Yishma E-l ve’yaanem” – “G-d will hear and answer them.” (Tehillim 55:20)

Israel’s enemies are the four kingdoms: Babylonia, Persia, Greece and Rome. The question is, where does Yishmael fit in? After all, it is impossible to ignore this tremendous mass! The Ibn Ezra writes in Daniel (7:14), that indeed Yishmael is the fourth kingdom, whereas Greece and Rome are considered as one kingdom.

The Ramban on Parshat Balak rejects this position, and writes that the Ibn Ezra erred in this, “because their fear fell upon him.” The Maharal also explains that the criteria of the four kingdoms is not only their hatred of Israel, but also the taking away of sovereignty from Israel. They fight against G-d’s Kingdom, which is represented by Israel. On the other hand, Yishmael’s very strength is because Avraham pleaded on his behalf, “O that Yishmael may live before You” (Bereishit 17:18), and G-d granted his request, “Regarding Yishmael, I have heard you.” (17:20)

Yishmael does not come to rebel against G-d’s rule, to add another element to divinity, as Christianity does. They believe in One G-d. Therefore the four kingdoms are compared (in Daniel) to animals, whereas Yishmael, to a person. Yet, a “pereh adam” – “A wild donkey of a man.” (Bereishit 16:12)

Rav S.R. Hirsch explains that a wild donkey refuses to accept discipline and yoke, but rather is free: “Like a wild donkey accustomed to the wilderness.” (Yirmiya 2:24) Therefore, “His hand against everyone, and everyone’s hand against him.” (Bereishit 16:12)

In Hebrew (unlike English), the noun always precedes the adjective, as in “adam gadol” (great man). Thus in the phrase, “pereh adam,” the noun is “pereh” and the adjective is “adam.” The Chafetz Chaim already wrote that since the Torah is eternal, Yishmael will always be wild, and he added, “Who knows what this pereh adam is still liable to do to Israel.”

This idea is expressed in the names Yishmael and Yisrael. Yisrael indicates, “yishar E-l,” that we straighten ourselves in the direction of G-d, to walk in His ways. Yishmael is on account of the fact that G-d heard their voices; they subjugate, as if, G-d for their needs. They think that all of what they do is the Divine will; their wars are Jihad, holy wars, and all of their actions – in the name of Allah.

Not long ago, there was a convention of the Islamic clergy to discuss the question of how to explain the fact that this “infection” of the Jewish state got stuck in the middle of the large Islamic region. Their conclusion was that G-d sent Israel into the midst of the Moslem region in order to make it easier to destroy them, what Hitler was unsuccessful in because of the Jews’ great dispersion.

There are those who explain that this attitude is a form of idolatry. They worship, “the dust that is on their feet,” believing that wherever they go, G-d is with them.

Pirkei D’Rabbi Eliezer (ch. 29) relates that Sarah saw Yishmael shooting an arrow at Yitzchak in order to kill him, and said, “The son of that slavewoman shall not inherit with my son, with Yitzchak.” (Bereishit 21:10) Why does the issue of the inheritance trouble Sarah so much?

The sefer, Minchat Ani (by the author of the Aruch Laner) explains that Sarah that Yishmael did want Yitzchak to inherit together with him, but rather he would inherit everything.

Rav Hutner explains that for this reason Yishmael hates Israel so much, since the children of the concubines received presents from Avraham, whereas Yishmael was chased away. Moreover, all of this was after he thought that he was the only child. Therefore, his disappointment was so great, and he burned with hatred.

Why did Yishmael think that everything was his? The Netziv explains that Sarah was punished by being taken to Avimelech’s house because she laughed to herself and said, “my husband is old.” (Bereishit 18:12) There is an element of quid quo pro here. When she said, “my husband is old,” there was a lack of faith that Avraham was capable of fathering. Her punishment was that the skeptics of the time were given room to say that Yitzchak was actually not the son of Avraham, but rather of Avimelech, and that Sarah became pregnant from him. This was the meaning behind Yishmael’s mocking.

“The child grew and was weaned. Avraham made a great feast on the day Yitzchak was weaned. Sarah saw the son of Hagar, the Egyptian, ... mocking.” (Bereishit 21:8-9) The Sforno writes: “He was ridiculing the feast, saying that she became pregnant from Avimelech.” “Sarah laughed in herself saying, ... and my husband is old.” (Bereishit 18:12) Now she saw Yishmael mocking that Yitzchak is not his son.

With this we can understand Chazal’s teaching that Yishmael repented. Their source is from the pasuk, “Yitzchak and Yishmael, his sons, buried him” (Bereishit 25:9), that Yishmael allowed Yitzchak to go before him. What is the proof from this that he repented? Since Yishmael had claimed that Yitzchak was not Avraham’s son, by allowing him to go first, he acknowledged that Yitzchak is, indeed, a son following his father’s coffin.

The Zohar in Parshat Va’era teaches that Yishmael’s angel complained that he was rejected and that Yitzchak was chosen and received the inheritance of the Land, even though he, too, is circumcised. G-d answered that this was to distance Yishmael from the ultimate clinging, and He gave them a share in the Holy Land below. Thus, Yishmael is destined to rule the Land so long as it is empty, and they will prevent Bnei Yisrael from returning to their place, until the merit of the circumcision runs out.

Eretz Yisrael is the land of faith and Providence: “G-d’s eyes are upon it.” (Devarim 11:12) Only believers can dwell in it. So long as it is empty, believers like Yishmael can dwell in it, but when Israel, who are steadfast believers, arrive, their merit expires.

Therefore there is a double obligation to increase our faith in these times, to overcome Yishmael’s right to the Land.

Now we are approaching the end: “A dread! Great darkness fell upon him.” (Bereishit 15:12) “A dread...” – these allude to the four kingdoms; “upon him” alludes to Yishmael, and over them the son of David will sprout, as it says, “His enemies I will clothe with shame, but upon him, his crown will sprout.” (Tehillim 132:18) R. Chaim Vital writes that all of the kingdoms wanted to convert us, and only through this came to murder, unlike Yishmael, whose goal is to eradicate Yisrael’s name from the world, and does not suffice with converting faith.

The Rambam writes in Iggeret Teiman that there was no nation worse to Israel than Yishmael, and about them David said, “Woe unto me, for I dwelled with Meshech, I dwelled with the tents of Kedar.” (Tehillim 120:5) Despite the fact that we bear their yoke without complaining, and their subjugation and their lies and falsehoods are more than we can handle, despite all this, we cannot be saved from the magnitude of their evil and recklessness. As much as we chase after peace with them, they chase us with war, as David said, “I am peace; but when I speak, they are for war.” (120:7) 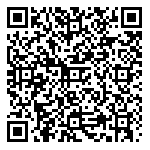