"Hashem examines the righteous one, but he despises the wicked and the lover of violence." (Tehillim 11:5)

R. Eliezer says: [This is comparable to] a landowner has two cows, one strong and one weak. On which does he place the yoke? Surely on the cow that is strong! So, too, Hashem tests only the righteous, as it says: "Hashem examines the righteous one."

The Midrash provides three parables to explain the purpose of a test. What does each parable symbolize?

There is another type of test, symbolized by the parable of the flax maker, who crushes the flax in order to improve it. This test comes to raise a person from his current level to a higher one. By passing this test he ascends to higher spiritual levels, as it says: "To those who fear you, you gave a test to be raised high" (Tehillim 60:6) – through withstanding the trial a person rises to higher spiritual levels. In the Midrash this parable is taught about Yosef, who faced such a test in Egypt. Through standing up to the test he managed to attain new levels and was called because of this "Yosef the righteous" –who retained his righteousness despite all the obscenities of Egypt.

The third parable is that of the yoke that is laid on the cows. A person can be pious and righteous, yet it remains to be seen if he will share in the burden of the public. The Midrash applies this parable to Noach who was: "a righteous man perfect in his generations." (Bereishit 6:9) Yet, he was at fault in that he didn't share the burden of his generation. Therefore, the flood was named "the waters of Noach" (Yeshaya 54:9), because Noach's righteousness was towards himself, but he had no influence on those surrounding him.

Every person goes through these three tests during his lifetime, through the course of his spiritual development. In the beginning of his development a person builds his foundations and his ability to endure, like the testing of the jars performed by the pottery-maker. In the second phase, the person struggles with all of this world's desires. Through passing these tests he ascends to higher spiritual levels. The third phase is when a person gets married and has to share in the family burden; through this test he attains perfection. Therefore, when a man gets married he is called "entering the congregation" – because the moment he gets married he moves from private obligation to communal responsibility.

When a person builds his own family, it is a step towards the general building of all of Am Yisrael, as Chazal say: "Anyone who rejoices with the bride and groom – it is if he built up one of the ruins of Yerushalayim." (Brachot 6b) May it be G-d's will that we should merit to see the rebuilding of Zion and Yerushalayim! 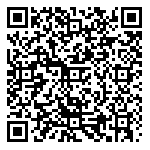