In the beginning of Parshat Va'era, Rashi cites the Midrash that after Moshe complained to G-d, "Why have You done evil to this People" (Shemot 5:22), G-d said: "Woe to those who are lost and no longer found. I have what to regret over the death of the patriarchs ... When Avraham sought to bury Sara, he did not find a plot, until he bought it at great cost ... and they did not question My ways.  But you say, 'Why have You done evil?'"

The question arises: Is it possible to compare Moshe's complaint about the difficult exile to Avraham's acceptance that he has to expend a sum of money to purchase a burial plot? What difficult trail did Avraham have when he had to purchase the field?

Moreover, R. Yona, in his commentary to Pirkei Avot, writes that the purchase of Me'arat Hamachpela was the final trial, and this was more difficult than the trial of the akeida! How can this be?

He ran to bring a calf, and the calf ran away from him and entered Me'arat Hamachpela, and [Avraham] entered after him there. He found Adam and Chava lying on beds and sleeping, with candles burning over them, and a fragrant aroma upon them. Therefore, Avraham desired Me'arat Hamachpela for a burial site.

He spoke to the people of Yevus to purchase Me'arat Hamachpela from them for a full price with gold and an eternal deed as a burial site. Were they Yevusim; were they not Chittim? Rather, they were called after the city Yevus (Yerushalayim), and the people refused. He began bowing to them, as it says, "Avraham bowed before the people of the land." They said to him: We know that G-d is destined to give you and your descendents all of these lands. Seal with us an oath that Bnei Yisrael will not take over the city of Yevus without the agreement of the children of Yevus. Afterwards, Avraham purchased Me'arat Hamachpela for a full sale and in writing forever as an eternal heritage, as it says, "Avraham listened to Ephron..."

What did the people of Yevus do? They made idols of copper and placed them in the city streets and wrote Avraham's oath on them. When Israel entered the Land, they wanted to enter the Yevusite city, but were not able to enter, because of the sign of the covenant of Avraham's oath, as it says, "The children of Binyamin did not drive out the Yevusite, inhabitants of Yerushalayim, so the Yevusite dwelt with the children on Binyamin, in Yerushalayim, until this day." (Shoftim 1:21)

Pirkei D'Rabbi Eliezer continues to describe all the delays in the conquest of the city of Yevus until David purchased the plot from Aravna the Yevusite. This entire delay was caused by Avraham's oath to the people of Chet, as the Yevusites said to David, "You cannot enter the Yevusite city until you remove these idols that have Avraham's oath written on them."

This was the great trial of Avraham. Sara's burial came a few days after descending from Mt. Moriah, after the trial of the akeida, in which he was promised the great future of this mountain: "Hashem will see; as it is said this day, on the mountain Hashem will be seen." (Bereishit 22:14) Now he fell from great heights to great depths, and he cannot bury Sara in the place he so much wanted, unless he would forego Yerushalayim.

Who knows G-d's secret ways, and how can we understand the many delays in the capture of Yerushalayim from the days of Avraham to our days, with the declaration, "The Temple mount is in our hand!" - and it is still not completely.

The issue is deep and complex; we will explain only briefly. Chazal say: "Netzach is Yerushalyim, and hod is the Temple." Rav Kook zt"l explains that netzach indicates struggle and victory (nitzachon). For Yerushalayim, the kingdom of Israel, we must struggle, and we will be victorious. However, the Temple itself will ultimately be recognized by the nations themselves, without a struggle, as the place of the Divine Presence, from which all human culture and ethics emanate. We do not force this upon the nations of the world. They will ultimately recognize the splendor of this place, and will come and call, "Come, let us go up to the Mountain of Hashem ... From Zion Torah will go forth." (Yeshaya 2:3) Only after we appreciate the splendor of the place will we have full control over the place: "Hod - this is the Temple." 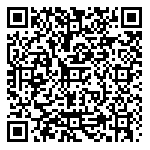