We will Do and We will Listen

On the pasuk: "They said, 'Everything that Hashem has said, na'aseh venishma -- we will do and we will listen'" (Shemot 24:7), the Gemara comments (Shabbat 88a):

R. Elazar said: When Israel said na'aseh before nishma, a Heavenly voice said to them, "Who revealed to My children this secret that the administering angels use," as it says, "Bless Hashem, O His angels; the strong warriors who do his bidding, to listen to the voice of his word" (Tehillim 103:20) -- first "to do," and afterwards "to listen."

The simple interpretation of this is to underscore the idea of obedience and discipline. Not only did Bnei Yisrael accept upon themselves to do all that they would be commanded, but even ahead of time -- before they heard the command -- they already committed themselves to fulfill it.

They decided then to begin living based on G-d's command without any compromise ... We are prepared to do the will of Hashem like an angel, without any investigation at all.

This is the secret that the angels use.

In addition, by saying na'aseh before nishma, Bnei Yisrael displayed a fundamental understanding of the mitzvah of learning Torah, which the Beit Halevi addresses in his introduction.

The Zohar states: "We will do good deeds; we will listen to the words of Torah." I.e., na'aseh corresponds to mitzvot, and nishma corresponds to learning Torah.

Based on this, he explains the dispute between R. Yishmael and his nephew, who asked him, "Someone like me, who has learned the entire Torah -- may I learn Greek philosophy?" R. Yishmael answered: "It says, 'You should contemplate it day and night' -- Go and find a time that is neither day nor night, and learn Greek philosophy [then]!" R. Yishmael's nephew thought that the mitzvah of learning Torah was simply a means to the observance of mitzvot, and therefore one who already knows the entire Torah obviously has no reason to continue learning. R. Yishmael responded to him that the mitzvah of learning Torah is of inherent value, even when he already knows the entire Torah. Indeed, Chazal formulated the bracha on Torah as, "la'asok -- to delve in words of Torah," and not as "loda'at -- to know Torah."

When Israel said na'aseh before nishma, they demonstrated that they understood this principle, since when they said, "we will do," they obviously accepted upon themselves to learn, as well, since it is impossible to do without learning beforehand. Thus, when they said, na'aseh, it is as if they already said, "we will listen and we will do." What, then, is the additional commitment, "and we will listen" that they said after na'aseh? This must refer to learning for its inherent value, even after learning for the sake of doing.

This is a secret that the administering angels use, as there is nothing in our world similar to learning Torah, that a person should learn for no purpose other than learning as an inherent value. Thus, only in the upper realm is this secret of the special quality of Torah is known.

This is what is special about the Torah, that involvement in it impacts the person to sanctify him and elevate him. Thus, Rav Kook zt"l writes (Orot Hakodesh vol. I, 1):

The sacred wisdom (Torah) is loftier than any [other] wisdom, in that it changes the will and character of those who learn it ... unlike all worldly wisdoms. Even though they describe lofty matters, beautiful and noble, they do not have that same impacting quality ... [This is] because all sacred matters come from the ultimate source of life ... and the sacred matter has the ability ... to imprint a new and prominent form upon the contemplating person, while all of the general studies do not have this ability  ... to make the one who delves in them to a new creature, to uproot him from the essence of his bad traits, and to establish him in the state of a new being. 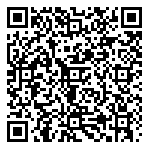