The first portion in the Torah after the Revelation at Sinai is that of servitude. The Torah's view of servitude, as inferred from the passage, is negative. On the pasuk, "His master shall bore through his ear" (Shemot 21:6), the Gemara comments (Kiddushin 22b):

Raban Yochanan b. Zakai would expound this verse beautifully: Why is the ear singled out from the rest of the body's organs? Hashem said: "The ear that heard My voice at Har Sinai when I said, 'For the children of Israel are servants to Me' (Vayikra 25:55)­, and not servants to servants – and this [person] went and acquired himself a master – shall be bored."

Hashem opens the Ten Commandments with the words: "I am Hashem, your G-d who has taken you out of the land of Egypt, from the house of servitude." (Shemot 20:2) However, the purpose of the Exodus was to make them servants, as Hashem told Moshe: "This is your sign that I have sent you: When you take the people out of Egypt, you will serve G-d on this mountain." (Shemot 3:12) What is the point of rescuing Am Yisrael from the house of servitude only to have them bound again as Hashem's servants?

The definition of a servant can be found in the prophets: "Then you will return and see the difference between the righteous and the wicked, between one who serves G-d and one who does not serve Him." (Malachi 3:18) Chazal note the seeming repetition of adjectives: "The righteous is the same as one who serves G-d; the wicked is the same as one who does not serve Him!" Their answer is that "one who serves G-d" and "one who does not" in this verse both refer to righteous people. It is just that: "One who reviews his chapter (i.e. study) one hundred times can not be compared to one who reviews it one hundred and one times." (Chagiga 9b) One hundred is a number that expresses perfection. A person who reviews his study one hundred times knows the subject very well and has certainly discharged his duty. However, this is only when he is studying for his own, practical reasons. When he is studying because Hashem commanded to do so, his love of G-d will compel him to study beyond what he is obligated. This person will continue reviewing his study well after he finished reviewing it one hundred times – and this is the level of servitude.

The righteous person, though, does just what he is commanded, but not beyond. He is not a servant. The servant does not try to avoid his duties; on the contrary he is always looking for more opportunities to serve his creator.

The king's desire is that anyone who is suitable for combat should be a valorous soldier. One who shirks from this, even though he is still within the laws of the kingdom, which do not obligate him to be a soldier ­– still, this is not what the king truly desires. The same applies to Hashem's will, that all of Am Yisrael who are fit for the burden of Torah should become Torah scholars. One who shirks from this, even though he has [acceptable] reasons that cause him to do this ­– he is still called not fulfilling the true desires of Heaven. The Gemara writes in Brachot, and also in Bava Batra, [about some of Am Yisrael] that even though they were involved in serving Hashem, because they were not toiling in the Torah the way they did in the desert – it was not considered doing G-d's will.

A person who sells himself, and thus his time, to another, and has no control over his schedule, cannot be a servant of Hashem. This is why Hashem introduced the Torah by saying: "When you take the people out of Egypt, you will serve G-d on this mountain," and, later: "Who has taken you out of the land of Egypt, from the house of servitude" – so that you should be Hashem's servants and not the servants of servants. Therefore, the passage on servitude is adjacent to matan Torah. 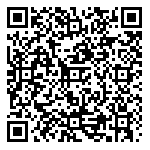