Moshe and Aharon - The Menorah and the Ark

"You shall command Bnei Yisrael that they shall take for you pure, pressed olive oil." (Shemot 27:20) The placement of this topic here is strange; it should have been written earlier in Parshat Teruma, adjacent to the instruction of the Menorah!

Furthermore, what is the connection to Moshe of this specific mitzvah: "You shall command," "they shall take for you"?

The Netziv explains this based on the Midrash Rabbah on the Parsha:

"Bring near to yourself." (28:1) This is what it says, "Had your Torah not been my preoccupation, then I would have perished in my affliction." (Tehillim 119:92) When G-d said to Moshe, "Bring near to yourself Aharon, your brother," he was upset. [G-d] said to him, "I gave you the Torah. Without it I would not have created my world."

In many places in his commentary to the Torah, the Netziv addresses two styles of learning towards the correct Halacha. One is the method of comparing one case to another, and the other if called "pilpul" of Torah," which means clarifying the Halacha based on the methodologies through which the Torah is expounded. The Netziv generally writes against the method of learning through pilpul, and he degrades it, because the commonplace manner of differentiations and pilpul not for the sake of Torah do not bring to clarifying the truth. However, here we are dealing with "the laws that are the rules of the Torah," and this is leads to the climax of learning which is called "Torah lishma." [He calls this "pilpul of Torah," to exclude the disrespect of the maskilim who objected to involvement in theoretical issues.]

These two styles of learning have legitimate place in Am Yisrael, and they have paradigms, Moshe and Aharon.

In Nedarim (38a) it says: "The Torah was given only to Moshe and his descendents." The conclusion of the Gemara is that this refers to "pilpul." According to the Netziv, this was Moshe's strength, to reach a conclusion based on the rules through which the Torah is expounded. In contrast, it says about Aharon, "to instruct Bnei Yisrael," i.e., Aharon's strength was through comparing cases through logic. In one instance, he outreasoned Moshe on the issue of the goat sin-offering. There it says, "Moshe heard, and he approved." (Vayikra 10:20)

With this, he explains a fascinating point in the matter of the mekoshesh at the end of Parshat Shelach. After he desecrated the Shabbat, and "it had not been clarified what should be done to him," they "brought him to Moshe and Aharon, and to the entire assembly." (Bamidbar 15:33-34) However, Moshe and Aharon were relatives, so how could the two sit together on a case? Rather, the two of them were heads of different Sanhedrim, each one in his own way. When they were uncertain of the law of the mekoshesh, they brought the case before Moshe, perhaps he would rule through investigating the methods by which the Torah is expounded, and also to Aharon, perhaps he would clarify it through logic.

This is what it says, "If a matter of judgment is hidden from you ... you shall come to the Kohanim, the Levites, and to the judge who will be in those days." (Devarim 17:8-9) The kohen rules though the method of logic, whereas the judge through the method of "pilpul."

There are two vessels that indicate this in the Mikdash, the Ark and the Menorah. The Ark contains the two Tablets, which are the written Torah and represent comparing one to another. However, the Menorah is the "pilpul" of Torah. This is indicated by the seven candles, which correspond to the seven wisdoms, which are the kaphtorim and flowers of the Menorah. Therefore, when a talmid chacham would say something nice his colleagues would say "kaphtor vaferach." Therefore, in the times of the second Temple, when there were many Yeshivot and many students, they merited the miracle of the Menorah. One who sees olive oil in his dream, should expect the light of Torah.

Thus, we understand the placement of the portion here, and not in Parshat Teruma. Immediately after the commandment to Moshe, it says, "Bring near to yourself Aharon your brother," and the Midrash says that Moshe was upset. Therefore, G-d prefaced by saying to Moshe that his share in Torah in chiddush and pilpul is greater than Aharon's share. Thus, the making of oil applies especially to Moshe, and the Torah says, "You shall command," "they shall take for you" - for yourself. Therefore, the Midrash says, "Had your Torah not been my preoccupation" - by delving in deeply and analyzing it, and this is the joy of learning in a manner of pilpul! 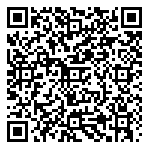