Doing the Will of G-d

"You shall count for yourselves – from the morrow of the rest day ... seven weeks, they shall be complete." (Vayikra 23:15) Chazal comment, "When are they complete? When Israel does the will of G-d." What does it mean, to "do the will of G-d," and what is its connection to Sefirat Ha'omer?

It says in Masechet Brachot (35b):

Tosfot asks, how is it possible that this parsha of "Vehaya im shamoa" is when they do not do the will of G-d? After all, the parsha begins, "It will be that if you hearken to My commandments!"

The answer is that "doing G-d's will" and "not doing G-d's will" does not mean observing the Torah and violating the Torah. The Ramban writes in Parshat Kedoshim that a person can observe the entire Torah, and still be a "naval b'reshut haTorah" (immoral within the framework of the Torah). A person can be immersed in the lust of his own wife, be a glutton and drunkard with kosher food and wine, and speak foul language, since this prohibition is not mentioned in the Torah. Thus, he will be immoral – without violating the Torah!

It is possible nowadays, for example, to prepare a timer before Shabbat, and to benefit from many electrical appliances without transgressing. Even so, this is not "doing the will of G-d." Although he doesn't sin, he is not acheiving the desire of G-d, the Divine intention.

R. Shimon b. Yochai's statement that one who is involved with his sustenance is "not doing the will of G-d" does not mean that he is sinning, but that he is not fulfilling G-d's desire. Therefore, although it says in the second chapter of Shema, "It will be if you hearken to My commandments" – this alone is not G-d's desire.

The Gerer Rebbe, the author of the "Imrei Emet," explains this idea more deeply. The Ran writes that when G-d said to Moshe, "When you take the people out of Egypt, you will serve G-d on this mountain," Israel asked, "When?" Moshe said to them, "In another fifty days." Israel began counting the days, so G-d established this count as a mitzvah.

This mitzvah grew out of Israel's love and desire to serve G-d, which impacted G-d's will, so that he made it a mitzvah. Thus, Israel "made" the will of G-d; they formed it.

This is the difference between the two chapters of Shema. In the first one it says, "You shall love Hashem, your G-d, with all your heart" – with your two inclinations, and afterwards, "These matters that I command you today shall be upon your heart." First love, and then G-d's command. In this way, Israel are the ones who "make" the will of G-d; they cause His will to be revealed.

In the second chapter, the order is reversed: "It will be that if you hearken to My commandments ... to love Hashem, your G-d" – first the command and then the love. This is "not doing the will of G-d," since they do not make His will, but rather His will is revealed prior to their love.

These two explanations are one idea. When Israel achieve the Divine intention, then G-d reveals His will.

The time of Sefira is a time of character self-improvement, which is divided into forty-nine traits. "Derech eretz" precedes Torah. Therefore, "Seven weeks, they shall be complete" – when all of the traits are rectified, and the person makes himself conform to the will of the Creator – then His will is revealed through Matan Torah. 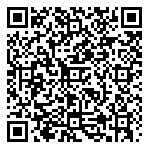