So shall you Bless Bnei Yisrael

The dedication of the Mishkan is introduced by the priestly blessing. What is the connection between the two?

Rashi interprets the pasuk, "Only take care and be very careful, lest you forget the things that your eyes have beheld ... the day that you stood before Hashem, your G-d, at Horeb" (Devarim 4:9-10), as an admonition not to forget Torah. The Ramban writes about this, "This is not correct at all" -- rather, it is an admonition not to forget the event of Mt. Sinai. The main aspect of this assembly was the intimate encounter between Israel and G-d: "Face to face G-d spoke with you on the mountain, from amid the fire." (Devarim 5:4) Chazal comment on this:

"May He kiss me with the kisses of His mouth." (Shir Hashirim 1:2) This is comparable to a child who returns home from school and finds his father eating cake. He asked for a piece, and [his father] gave him. [The child] said to him, "I want only from what is in your mouth!"

This direct contact is called, "maor panim" (shining face), in contrast to the state of "hastarat panim" (hidden face). This is what we pray in the end of Shemoneh Esrei, "Bless us, our Father, all of us as one together, with the Light of Your Face, for with the light of your face you have given us, Hashem, our G-d, a Torah of life," etc.

We do we encounter the light of his face after leaving Sinai? In the Mishkan, as the Ramban writes in Parshat Teruma:

When Hashem spoke to Am Yisrael face to face the Ten Commandments ... they are holy, and worthy that there should be amidst them a Sanctuary for His Presence to dwell amongst them ... The primary desire of the Mishkan is the dwelling place of the Divine Presence, which is the Ark, as is written, "It is there that I will set My meetings with you, and I shall speak with you from atop the Cover." (Shemot 25:22) The secret of the Mishkan is that the Glory that dwelled on Mt. Sinai should dwell on it in a hidden manner.

The cherubs, whose face was "one towards another," continue the intimate connection of face to face of Sinai. But when the Mishkan is dismantled -- then what?

Thus, even at the time of transport, the kohanim continue the signs of affection of face to face from Mt. Sinai.

This maor panim exits also outside of the Mishkan, in shuls, as Chazal comment (Sotah 38a): "So shall you bless Bnei Yisrael -- face to face." This is the meaning of the benediction that the kohanim recite prior to the priestly blessing, "to bless His nation Israel with love" -- face to face. Similarly, Chazal comment, "Let Hashem shine His face to you" -- this is the light of the Torah.

"Behold he stands behinds our wall." (Shir Hashirim 2:9) -- After the wall of Sinai.

From the shoulders of the kohanim who carry the Ark, the Divine Presence sprouts through their fingers. Perhaps, for this reason the kohanim raise their hands to their shoulders. 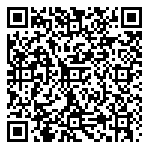