When the Ark would Journey

"When the Ark would Journey, Moshe said, 'Arise, Hashem, and let Your foes be scattered, let those who hate You flee from before You.'" (Bamidbar 10:35)

Eretz Yisrael and the Torah are both called, "morasha" (heritage). It says about the Torah, "The Torah that Moshe commanded us is the morasha of the Congregation of Yaakov." (Devarim 33:4) It also says about Eretz Yisrael, "I shall give it to you as a morasha." (Shemot 6:8)

The Yerushalmi (Bava Batra 8:2) states: "R. Hoshaya said: Wherever it says morasha, it indicates uncertainty." The Gemara asks there: But it says, "the morasha of the Congregation of Yaakov!" It answers: At the beginning, when the person comes to learn, there is nothing more uncertain and weaker than it. But after he toils in it a lot, he inherits it.

The same idea is stated in Pirkei Avot (2:17): "Prepare yourself to learn Torah, because it is not an inheritance of yours from your fathers." Many ask: But it says, "A morasha of the Congregation of Yaakov!" Based on the Yerushalmi this is understood. From the perspective of the One who is bequeathing, Torah is intended only for the inheritor, i.e., Israel: "He did not do so (instruct His laws) for any other nation; such judgments – they did not know!" (Tehillim 147:20) This is heritage. However, from the perspective of the inheritor, the grasp is still weak and uncertain until he prepares himself for it, and then it will turn into an inheritance. Thus, it says about Moshe Rabbeinu, when he was at Mt. Sinai, that he would learn Torah and forget it, until G-d gave it to him as a gift. Chazal say on the pasuk: "His desire is in the Torah of Hashem, and in his Torah he meditates day and night" (Tehillim 1:2) – at the beginning it is G-d's Torah, and when the person toils, it turns into his Torah.

The same is true for Eretz Yisrael. From the perspective of the Benefactor, no one other than Am Yisrael has a grasp on it. However, Bnei Yisrael have to toil greatly to inherit it. This is what Chazal say, "Torah and Eretz Yisrael are acquired through suffering."

The two are dependent on one other. There is no Torah without Eretz Yisrael, as the Ramban writes: "The primary value of the mitzvot is for those sitting in the Land of G-d." However, there is also no Eretz Yisrael without Torah. When G-d promises Eretz Yisrael to Avraham, He says to him: "I will make you into a great nation." (Bereishit 12:2) This attribute requires explanation, since it is clear that the intention is not great in numbers, since most of the nations are larger in population than Am Yisrael. The pasuk explicitly says, "Not because you are more numerous than all the people did Hashem desire you ... for you are the fewest of all the peoples." (Devarim 7:7) There is also no inherent worth in size and quantity. Rather, the meaning of "great nation" is defined in a different pasuk, in the beginning of Devarim: "Who is a great nation that has just statutes and laws like this entire Torah." (4:8) The meaning of a "great nation" is not great in number, but rather a nation that receives the Torah. This is the purpose of entering Eretz Yisrael.

The link between Torah and Eretz Yisrael finds expression through the entering of Eretz Yisrael with the active participation of the Sefer Torah. When Moshe tells Yitro, "We are journeying to the place that Hashem said, 'I shall give it to you'" (Bamidbar 10:29), it says immediately afterwards, "When the Ark would journey, Moshe said, 'Arise, Hashem, and let Your foes be scattered..." (10:35) Entering Eretz Yisrael requires following the Ark.

So, too, in the beginning of Sefer Yehoshua: "Be strong and courageous for it is you (Yehoshua) who will cause this people to inherit the Land that I have sworn to their fathers to give them. Only be very strong and courageous, to observe, to do, according to the entire Torah that Moshe My servant commanded you." (Yehoshua 1:6-7) And, later, "They commanded the people saying, 'When you see the Ark of the covenant of Hashem ... then you shall move from your place and follow it." (3:3)

Just as the entrance of the Ark symbolizes Am Yisrael's grasp on the land, so, too, the hiding of the Ark symbolizes the exile. Thus, King Yoshiyahu tells the priests, when they were about to go into exile, "Place the Holy Ark in the Temple that Shlomo son of David, the king of Israel, built. Then you will no longer have any carrying on your shoulder." (Divrei Hayamim II 35:3) The Radak writes:

Chazal explain that he commanded them to hide the Ark, so that it should not be exiled with the exile. They said that there was a stone in the Holy of Holies ... and when Shlomo built the Temple and [knew] that] it was destined to be destroyed, he built a place to hide the Ark below in deep and winding hidden chambers, and this stone was the cover to that place. King Yoshiya gave the order and they hid the Ark in that place.

With this we can understand the pasuk in Sefer Tehillim, "Before Ephraim and Binyamin and Menashe, arouse Your might, it is for You to save us." (Tehillim 80:3) Why does it mention these three tribes in particular?

The order of the travel in the desert was as follows: The first camp was the camp of Yehuda, who was joined by the tribes of Yissachar and Zevulun. Following them was the Levite camp and the Ark, and after the Levite camp was the camp of Ephraim, which included Binyamin and Menashe. When they walked, first was the camp of Yehuda, with the Ark after them, and after the Ark the camp of Ephraim. This is what the poet asks, that "before Ephraim and Binyamin and Menashe" – i.e., before the Ark that travels before them – G-d should arouse His might, "and save us" – as it says in the pasuk, "For Hashem, your G-d, in the One Who goes with you, to fight for you with your enemies, to save you!" (Devarim 20:4) 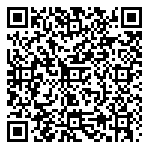