A Land Flowing with Milk and Honey

"They reported to him and said, 'We arrived at the Land to which you sent us, and indeed it flows with milk and honey.'" (Bamidbar 13:27) Eretz Yisrael is praised on account of its agricultural produce, foremost among them the seven species. After wheat and barley, grapes take the most important place. The abundance of wine in the Land was cause that even the laundering of clothes was done with wine. Wine is considered essential for life, like bread (cf. Bava Batra 4b), and the basis of the meal was bread and wine. Malki-Zedek king of Shalem greeted Avraham with bread and wine (cf. Bereishit 14:18), and throughout Tanach bread and wine are mentioned as components of the meal.

Given all this, it is very strange that when the Torah wants to mention the praise of Eretz Yisrael it does not mention wine, but rather, "flowing with milk and honey." Date honey was found primarily in the area of Yericho, not in all of Eretz Yisrael, and even if the intention is to figs, as any sweetness of fruit is called honey – "any leavening or fruit-honey (Vayikra 3:12) – still, the grapevine precedes the fig tree and is more important than it, so why would fruit-honey be mentioned before wine?!

The juxtaposition of "milk and honey" is also strange, since the common phrase in Tanach is "grapevine and fig-tree," as it says, "each man under his grapevine and under his fig tree." (Melachim I 5:5) And, in the future: "The fig tree and the vine have given forth their wealth," (Yoel 2:22), and many similar instances. How, then, does the Torah omit the praise of wine and mention instead milk, while milk is not even an agricultural product of the Land of Israel?

Rav Reuven Margoliot zt"l addresses all of these questions in his sefer, "Hamikra Vehamesora," and, in his characteristic way, he solves the problem with a tremendously novel interpretation.

In Yaakov's blessing to Yehuda it says, "He will launder his garments in wine, and his robe in the blood of grapes." (Bereishit 49: 11). There are two kinds of wine: white wine, which is the strongest of wines, with which they would launder and remove the garments' stains, and red wine. In Bereishit Rabbah (98:9) is says: "He will launder his garments in wine – this is milk." We see that white wine is called "milk." Yaakov's blessing continues, "Red eyed from wine, and white toothed from milk." (49:12) Red wine reddens the eyes, and white wine, the "milk," intoxicates, until the person shows his teeth and laughs. This is the healthier wine, and therefore it is mentioned first in the blessing. (Cf. Maharsha Ketuvot 111b s.v. shema)

In Shir Hashirim (8:1) it says: "I drank my wine with my milk," which the Targum renders, "red wine and white wine." We see, once again, that white wine is called "milk."

When the Torah talks of a land "flowing with milk and honey," it is referring to two praiseworthy fruits, grapes and figs, and mentions the "milk" – white wine, which is the healthiest and finest wine – before the honey.

When the spies returned, they brought with them, "a vine with one cluster of grapes ... and they showed them the fruit of the Land. They reported to him and they said, 'We arrived at the Land to which you sent us, and indeed, it flows with milk and honey, and this is its fruit.'"  However, we do not find that they brought with them a pitcher of milk, so their intention must be wine.

This essay was published in the monthly journal, Hahed, in 1936. A year later, Rav Shabti Segal excitedly wrote that this essay is a surprising discovery, and it is a wonder that the commentators did not realize it until now. He adds a nice proof to the veracity of this interpretation. The eastern bank of the Jordan was pastureland, and for this reason the tribes of Reuven and Gad desired it, since they had large flocks. Yet, the Mishna in Bikkurim (1:10) says that bikkurim are not brought from the eastern bank of the Jordan River, since it is not "a land flowing with milk and honey." But it is the land for livestock, and certainly there was milk there! Rather, "milk and honey" must refer to an abundance of wine, and the eastern side of the Jordan was not a place of grapevines. 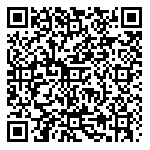