A Helper Opposite Him

The Netziv illustrates this with the example of a person who is easily angered and hot-tempered. If his wife supports him, although he enjoys this at the time of his anger, and his wife is a helper, when the anger goes away, resentment remains that his wife added to his anger. In this case, she opposes him even though she supports him. Other times, his wife opposes him at first. She tries to quell his anger and speaks well on behalf of the one who angered him, and thereby opposes him. Yet, she is a great help to him, since in the end he will appreciate that she brought peace between him and his opponent.

A further example of this can be found in this week's parsha. The "help" of Korach's wife caused him his severe punishment, as Chazal say (cf. Sanhedrin 109b):

When Hashem said to Moshe, "Take the Levites from among Bnei Yisrael and purify them ... Let them pass a razor over (i.e., shave) their entire flesh" (Bamidbar 8:6-7), he immediately did so to Korach ... Korach's wife said to him: Look what Moshe did to you! He became the king; his brother he made the kohen gadol; his nephews he made vice-kohanim. When teruma is brought, he says it should be for the kohen. When ma'aser is brought, he says, give one-tenth to the kohen. And furthermore, he shaves your hair, ridicules you and belittles you; he in interested in your hair.

Korach's wife supposedly helped him, but she actually opposed him, and caused him to be lost.

In contrast, Chazal tell about the wife of On b. Pelet, who saved him. They tell (ibid.):

She said to him: "What will you gain from this? If he is the leader, you are the disciple. If he is the leader, you are the disciple. (I.e., whether Moshe wins or Korach – you will always be the disciple.) He said to her: What shall I do? I was with them in the plan, and I swore to them that if they call me, I will go with them. She said to him: Sit in your house, and I will save you. She fed him wine, and put him to sleep (so that he should protest on account of his oath). She sat at the doorway and uncovered her hair, so that people would not go into his tent to awaken him. She said: I know that the whole community is all holy and modest and will not enter to me if my hair is uncovered. Whoever came to call him saw a woman with uncovered hair, and would go back.

This is an example of a woman who opposes her husband, but still helps him. 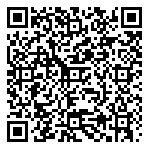