"You are standing today, all of you, before Hashem, your G-d." (Devarim 29:9) "Standing" has a deeper meaning than mere physiological standing; it means "prepared" to enter the covenant. The Ba'al Haturim compares the usage of this word to the usage of "vayityatzvu" before Matan Torah. There, too, it means not only physical standing, but also a mental preparation for accepting the Torah.

"The appearance of the glory of Hashem was like a consuming fire on the mountaintop before the eyes of Bnei Yisrael." (Shemot 24:17) Why is the glory of G-d described as fire, moreover, as "a consuming fire?" Haktav Vehakabala explains that fire consumes according the flammability of the material, its preparedness to accept the fire. Straw lights quickly, while wood take longer to blaze, and stone barely gets singed. At Har Sinai, each Jew did not see the identical vision of G-d, but rather each person perceived Him according to his preparedness and readiness to accept the Shechina.

It says in Masechet Rosh Hashana 16:

What is the need to open the book of the beinonim on Rosh Hashana, since nothing is done with them until Yom Kippur anyway? Rav Charlop writes that the book of the beinonim is also an integral part of the judgment. The beinoni is written down for the year as average, and even if he repents and is decided for life on Yom Kippur, he is written down as a beinoni who merits life. This is comparable to a class that all graduate except one who is left behind. Although he, too, is still in the school, his embarrassment is great. So too, the soul is embarrassed as one who is stamped the whole year as average. Therefore, the preparation before Rosh Hashana is important, since otherwise the person will remain only a beinoni.

There is another reason why it is important to prepare before Rosh Hashana. The Rambam writes (Hil. Teshuva 3:3) about the beinoni, "If he does Teshuva he is signed for life; if not he is signed for death." Everyone asks, why is it specifically necessary to do Teshuva, more then any other mitzvah? It seems that any mitzvah would suffice to tilt the scale in favor of a majority of mitzvot, as the Rambam writes (3:4) that a person should always view himself and whole world as 50/50, so that if he does a single mitzvah he decides the entire world to zechut. The ba'alei mussar learn from here that the beinoni must to Teshuva to tilt the scale, since "Seek Hashem when He can be found." During the Ten Days of Repentance it is much easier to do Teshuva. Conversely, if one does not repent, the magnitude of this sin is so great that another mitzvah will not outweigh the neglect of "lifnei Hashem tit'haru" (Before Hashem shall you be cleansed.) This is another reason to prepare before Rosh Hashana, since then any mitzvah can tilt scale, whereas afterwards only Teshuva will.

The Rambam writes that a person must to Teshuva to the extent that G-d will testify that he will not return to that sin ever again. Yet, how well we all know the short-lived nature of our resolutions! Rav Charlop explains based on the Mishna in Pirkei Avot, "Aveira goreret aveira" (sin brings about sin). The simple explanation is that sin lowers a person and leads him to additional violations. Alternatively, the implication is that a person could not sin had he not sinned first. But then how did he do the first sin? There are positive and negative commandments. A mitzvat aseh is like a vaccination. A person who does not learn Torah and does not do mitzvot is not protected if attacked by a spiritual "virus." Someone who belittles mitzvot, especially Talmud Torah, is left spiritually weak and susceptible to sin. However, since neglect of an aseh does not entail an evil action, the Teshuva for neglecting an aseh is easier, and if one repents he is pardoned on the spot. Furthermore, since neglect of an aseh is the root of all subsequent aveirot, as explained, once the person repents from it, all the ensuing sins are pardoned (similar to a building whose foundation is removed). In this vein Rav Charlop explains the meaning of the phrase in Selichot, "maavir rishon rishon" (He removes the very first one).

On the pasuk, "adding the watered upon the thirsty" (Devarim 29:18), the Ramban explains that "watered" refers to one who is satiated and not craving for desire, but brings upon himself additional aveirot. The Meshech Chochma provides a brief example in explaining the phrase in Selichot, "The thoughts of a person and his calculations, and the lust of a person's actions." The "thoughts" refer to the natural traits of a person with which he is born, such as jealousy, desire and honor. But if a person goes to the theater he creates in himself new desires that he didn't have at first, and is judged upon them, and this is "the lust of a person's actions." Nowadays, there are things that are spiritually much more damaging than theatres, to say nothing of the bitul Torah involved. Images of the street are formed in mind, and then these images are dragged into the Beit Midrash while trying to learn. It is no wonder that the person is not so successful in learning! Chazal's statement, "If the yetzer encounters you -- drag him to the Beit Midrash," means to harness all of one's talents and abilities, not to bring in the images of the yetzer!

While it is important to correct the past, the look has to be to the future. Otherwise, sometimes people are so confused about the past and find it so difficult to correct, that they give up hope of fixing the future. The Netziv makes a comment on the pasuk, "I have placed life and death before you, blessing and curse; and you shall choose life, so that you will live, you and your offspring." (Devarim 30:19) The pasuk is difficult. If we give a person the choice of A or B (life or death), then how do we try to persuade the person with A itself ("so that you will live")! Furthermore, it says in Sifrei (Parshat Re'eh) lest you think that G-d gave two viable options, life or death, and you can choose either, it is not so. It brings the parable of a person who stands at a crossroad, where one path seems clear and the other seems full of thorns, and warns the travelers that shortly afterwards the situation reverses for the duration of the road. The lesson is that the wicked succeed briefly, but will then fall, whereas the righteous, despite the difficulties they initially encounter, will reach their destiny. However, the parable is not comparable to the lesson, since in the parable both roads lead to the same place, whereas here one road leads to life and the other to death! In addition, if a person is already deserving of karet and then violates another sin punishable by karet, what happens now? Rather, every Jewish soul ends up at the "Source of Life," and even one punished by karet loses only a part. Thus, the parable is accurate; both paths ultimately lead back to G-d, but one in a straight manner, and one in a difficult way. In Pirkei Avot we learn, "Do not let your inclination reassure you that Sheol is a refuge for you," because even that path must ultimately take the Jewish soul back before G-d. That is the meaning of the pasuk, "so that you will live," without getting much punishment. There is no need to give up hope and to despair.

"Vayityatzvu" -- They stood prepared! It is good to take advantage of these days to make it into the book of the righteous, rather than to be only average and then have to do Teshuva to make it to the book of life. In Rav Y. Salanter's Yeshiva they would learn 18 hours a day and do many mitzvot in this time period before Rosh Hashana. May we all merit to be inscribed directly in the Book of Life. 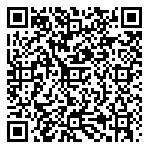 Rav Meir Orlian based on a Sicha given before Selichot