Festival of Matzot and of Freedom

R. Yehoshua b. Levi says: Each and every day an echo (bat kot) comes out of Har Chorev, proclaiming, "Woe is to the creatures for the insult to the Torah! Anyone who do not delve in Torah is called "rebuked," as it says, "[Like] a golden ring in the snout of a pig, [so] is a beautiful woman whose good sense has departed." (Mishlei 11:22) And it says, "The Tablets were G-d's handiwork, and the script was the script of G-d, engraved on the Tablets." (Shemot 32:15) Do not read it "charut" (engraved), but rather "cheirut" (freedom), for the only free person is one who is involved with the study of the Torah. The word "cheirut" as meaning "freedom" is not a Biblical term. Therefore it is strange that Chazal would base their drasha on a mere similarity in sound -- "charut" and "cheirut!"

The common perception is that a free man ("ben-chorin") is one who is not subservient to others, is not under the rule of others, and does what he wants without anyone stopping him. Rav Kook zt"l, in his Haggadah, writes that this perception is mistaken. The difference between a slave and a free man is not only in social status, that one is subservient to another whereas the other is not. There can be a slave whose spirit is that of a free man, and, conversely, a free man whose spirit is that of a slave. Freedom is significant only when a person is able to live his life based on his inner truth. Someone who lives based on societal expectations, so that all his actions are determined based on a fear of others or out of a desire to find favor in the eyes of others -- and certainly when he is subjugated to his desires -- he is not a free man. Conversely, a person can be subjugated, even sit in prison, but if it is impossible to break his spirit, and he acts based on what appears to him as the truth; he does not succumb to his desires and to external influences, and he is faithful only to his inner individuality -- he is a free man.

"When you take the people out of Egypt, you will serve G-d on this mountain." (Shemot 3:12) Bnei Yisrael are supposed to leave Egypt from the house of slavery to freedom, to be "bnei chorin," so what is the consolation when they return, again, into a new framework of servitude -- "you will serve G-d!" Rather, we know R. Yehuda Halevi's famous words, "Slaves of time are truly slaves; a servant of Hashem is alone free."

Torah is the inner nature of Yisrael, as the Rambam writes (in Hil. Gerushin) that the natural desire of a Jewish person is to fulfill the Torah. Therefore, when leaving Mitzrayim, on our way to Har Sinai to receive the Torah and to serve Hashem, we were made free men.

Writing is something external recorded on a page, but engraving is the identification of the writing with the background; it is writing in the very essence of the object, and therefore cannot be separated. Torah is part of the very essnce of the Jewish people,not something external forced upon them. Therefore, only one who is involved in the study of Torah is a free man, as it says, "charut -- engraved -- on the Tablets." Since the Torah is engraved on the heart of Yisrael, one who studies Torah is a free man.

Matzah is made of flour and water alone, as the Maharal phrases it, "the essence of the dough." Usually, though, we do not suffice with this bread, and we add yeast in the dough to make it ferment, to give it flavor and to made it rise. Pesach reveals the inner, individualistic nature of Yisrael, which is the connection with G-d, unlinked to actions on our part, as Chazal say, "You were naked and bare -- without mitzvot." Rather, everything was through "itaruta d'leaila" (Divine initiative). Therefore, chametz -- which represents the addition of man -- is prohibited on Pesach, and we eat matzah, poor man's bread, which represents the selfhood of Yisrael, free from any external influence, just like a poor person, who has nothing other than his body. Only after counting forty-nine days do we become elevated, and at the end of the sefira period we are permitted to add of our own, and we bring on Shavuot an offering that emphasizes our active role, the two bread, which "shall be baked leavened."

In our era, days devoid of any Jewish content and full of eyeing foreign cultures, it is important to remember that the "festival of freedom" is rooted in the "festival of matzot." Only the burning of chametz, the leavened part of the dough, will establish us on our freedom, and will hasten our redemption. 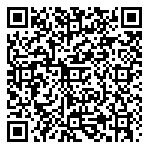