Bring them Close One to Another

The Haftarah of Shabbat Chol Hamoed Pesach is Yechezkel's transcendent vision of the resurrection of the dry bones. At the end of the Haftarah it is customary in some communities to add three verses from the famous prophecy of the wood of Yehuda and the wood of Ephraim, which will become "like one piece of wood, and they will become united in your hand." (Yechezkel 37:17) The verses are added to teach us that in order to deserve the miracle of the resurrection of the dry bones, we need to overcome the sin of brotherly jealousy, and to engage in love and unity despite the separation between the tribes.

The sin of jealousy and dissention is the Achilles heel of all of G-d's creations and humanity, and it has existed since the creation of the world. Already in the process of Creation, jealousy led the newly created world downhill. The moon was jealous of the sun and complained before Hashem, "Is it possible for two kings to use one crown?" Hashem then punished the moon, "Go and lessen yourself." (Chullin 60b)[1] The snake saw Adam and Chavah, became jealous of Adam and "Coveted what he did not deserve" (Sotah 9b), thereby causing Chavah to sin. Chavah causes Adam to sin because of her jealousy that maybe he will marry another woman after she dies: "So that not she will die and he will live to marry another[2]" Cain is jealous of Hevel and his sacrifice that was preferred and accepted, which was why he was shamefaced, and afterwards, "Cain rose up against his brother Hevel and killed him." (Bereishit 4:8) The inheritor of the snake and Cain – Esav, grandfather of Amalek, is also jealous: "Jealousy is as hard as the grave" (Shir Hashirim 8:6) – the jealousy that Esav possessed towards Yaakov, as it says, "Esav harbored hatred towards Yaakov." (Shir Hashirim Rabbah 8:6)

Am Yisrael needs to correct these sins. The return to awareness of the unity of Hashem, of, "On that day Hashem will be One, and His Name will be One" (Zechariah 14:9), is only possible through "One Nation in the Land." The ideal of "Hashem will be King over the entire world," which is accomplished through, "He became over Yeshurun a king" (Devarim 33:5), will only be fulfilled, "when the heads of the nation gathered – the tribes of Israel in unity." Am Yisrael were worthy of receiving the Torah, which is an element of correction for the sin of the ancient snake and the removal of his contamination,[3] only because of the unity: "Israel encamped their opposite the mountain – as one person with one heart." (Mechilta Yitro). They will be fortunate to witness the fulfillment of the prophecy of Yeshaya: "A staff will emerge from the stump of Yishai, and a shoot will sprout from his roots" (11:1), only when "The jealousy of Ephraim shall stop and the oppressors of Yehuda shall be cut off; Ephraim will not be jealous of Yehuda and Yehuda will not harass Ephraim." (11:13)

Indeed, this pasuk testifies that loathsome jealousy seeped into the very fiber of the conception of Am Yisrael. Jealousy managed to penetrate even into the relationship between the two foundation stones of Israel – Rachel and Leah, and from this base jealousy spread among the tribes of G-d. Rachel and Leah went through a series of long jealousies. This jealousy accompanied the household from the moment it was created: "He consorted also with Rachel and loved Rachel even more than Leah." (Bereishit 29:30) Leah cries out her jealousy in the names of her first three children: Reuven – "Because Hashem has discerned my humiliation, for now my husband will love me" (29:32); Shimon – "Because Hashem has heard that I am unloved" (29:33); and Levi – "This time my husband will become attached to me." (29:34) Much later, she still complained towards Rachel "Was taking my husband insignificant?" (30:15)

Now came the turn for Rachel's jealousy, "Rachel saw that she had not borne children to Yaakov, so Rachel became envious of her sister" (30:1), and she named her maid's child Naftali – "Sacred schemes I have maneuvered to equal my sister, and I have also prevailed" (30:8), and her own child was called Yosef, after the shame of her jealousy "G-d has taken away my disgrace." (30:23)

The jealousy strengthened its hold among the sons. It is the root of the sin of Reuven, who retained the jealousy of his hated mother, and it is the cause for the sale of Yosef, which was motivated by, "His brothers were jealous of him." (37:11) Throughout the generations, jealousy fueled the fire of dissension between Hashem's chosen: Shaul descendant of Rachel and David descendant of Leah.  It was the cause later on for the split in the kingdom, when Yarovam, who was placed "over all the taxation of the House of Yosef" (Melachim I 11:28), rebelled against the crown of Yehuda and founded the kingdom of Ephraim.

Until now the jealousy of the matriarchs was described from the verses of the Torah. In the Kabbalistic teachings, the two women did not marry Yaakov only because of Lavan's deception. This was the "natural," superficial, reason, but Am Yisrael was not founded through a deceptive decision of a villain. Yaakov's marriage to Rachel and Leah came from a deep masterplan of the Creator of the world and worlds, in order to allow the correction of the sin of jealousy through their intertwining paths and those of their children after them throughout the generations. The final correction is through the fulfillment of the prophecy of Yeshaya, "Ephraim will not be jealous of Yehuda," and the fulfillment of the prophecy of Yechezkel about the opposing trees of Yehuda and Yechezkel that become "One piece of wood, and they will become one in My hand ... I will make them into one nation in the land, upon the mountains of Israel, and one king will be a king for them all; they will no longer be two nations and they will no longer be divided into two kingdoms, even again." (37:19-22)""[4]

Mashiach son of David and Mashiach son of Yosef will correct the sin of jealousy. The redemption, in Nissan, will only be fulfilled when both trees become "united in your hand!"

[1] Why was the moon punished; she had a correct argument? Rather, the moon thought that she and the sun were kings. There is only one king, Hashem! She and the sun are servants, and there are many servants.

[2] "Perhaps she will die" does not bother Chavah; what upset her was the thought that he will "marry another" – this she could not stand. Compare this to the subject of those who return from the battlefield, "Lest he die in battle" does not bother the warrior. Why does he return? – "and another man will take her."

[4] Throughout the generations there have also been corrections for the sin of jealousy. Rachel and Leah compromise towards one another, and also Yosef, Yehuda and the rest of the brothers, David and Yonatan –they all slowly build together a bridge of brotherhood. 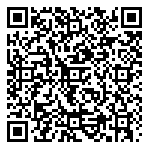