One Nation in the Land - Jewish Unity

A. One Soul in Separate Bodies

The unity of Am Yisrael is one of the most intricate and complex subjects. On the one hand, the trait of unity is well-established in the teachings of Chazal, such as in the statements:

D. Peace in Our Generation

These ideas have practical ramifications in our attitude to our era. In the last hundred years, particularly, there is room to divide the Jewish people into three major groups. Each movement has its own value, and the ideal is for them all to work jointly, as Rav Kook writes:
Three forces are struggling now in our camp; the battle between them is more evident in Eretz Yisrael ... We will be unfortunate if these three forces, which need to be united, each one to help the other and improve it – we leave scattered, rebelling one against the other, and each split into a separate camp, which stands as an enemy to the other camp: the sacred, the national, and the humanitarian.
The three most formal parties of the nation's life are: First, the orthodox, as commonly called, which bears the holy banner ... The second is the new nationalistic, which fights for anything that nationalistic tendencies aspire for ... The third is the liberal, which had carried the banner of enlightenment in the recent past, and which still holds sway in wide circles. It does not limit itself to the national unit and demands universal humanistic issues of enlightenment, such as culture, ethics, and more. It is understood that in healthy circumstances there is a need for these three forces together ... because the sacred, the nation, and the human join together with lofty and pragmatic love. The individuals, and also the parties, each of whom finds his talents more appropriate for one of these three aspects, will come together in proper friendship, to view receptively the positive role of the other.[54]
In a more general way, the nation is divided in its revival into what is called the old yishuv and the new yishuv. The old yishuv represents the sacred element of the nation, whereas the new yishuv [represents] the renewed national aspect.[55]
This needs to be the goal of unity and peace, combining the old with the new:
The root – this is the old yishuv with all of its holy treasures, Torah and awe, faith, etc. ... which provide hidden strength to all that is done and develops in the new yishuv in all its activities. The branches – they are all the new attempts to establish towns, to widen urban and agricultural settlements with all of their institutions, which are, in truth, branches of this hidden root, and this root and its branches will unite ... and Israel will be one nation in the land. [56]
It is a bad sign for a party if it thinks that the source of life, all the wisdom and all the integrity, is only with it, and all else – everything is worthless and nothing.[57]
Similarly, the Netziv writes in his introduction to Sefer Bereishit that it is called Sefer Hayashar (The Book of the Upright), because the patriarchs were upright also in their way of life. In contrast, the people of the Second Temple era were a twisted and stubborn generation, and refused to accept anyone differing from them:
They were righteous and diligent in Torah study, but they were not so upright in their way of life. Therefore, because of the baseless hatred that they had in their hearts for one another, they suspected one whom they saw acting not as their understanding of yirat Hashem – that he is a Sadducee or heretic, and thereby came to murder and to all evils in the world, until the Temple was destroyed. The Divine justice was acknowledged about this, because G-d is upright and does not tolerate this kind of righteous people, only those who are upright also in their ways of life and not corrupt, even though it be for the sake of Heaven, because this causes the destruction of Creation and the ruin of the settlement.[58]
However, only through mutual respect of the differing traditions and practices of various communities of Israel will we achieve national unity, as Rav Kook writes:
How will the national unity return to us? There are two answers to this. One, the differing rulings and practices do not harm brotherhood, so long as each one respects his friend's tradition. Moreover, the different variations have a spiritual richness, which gathers in a harmonious manner in the whole of the nation.[59]


May they all become one union
to do Your will with a full heart.[60] 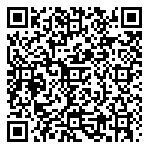