The Tree of Knowledge and Free Choice

The events in Parshat Bereishit are very profound and difficult to understand. Amongst the episodes is the sin of the Tree of Knowledge. The snake tells Chava that if she eats of its fruit she will know "good and bad." Indeed, afterwards, Adam and Chava's eyes "opened." It seems that until now they didn't know. Some understand that beforehand man was without intelligence, like an animal, and only now received wisdom. The Rambam, in Moreh Nevuchim, vehemently rejects this view. How could it be that man was created in G-d's image and not have knowledge? Furthermore, Chazal comment that the angels wanted to sanctify and praise Adam, almost confusing him with G-d himself!

The Ramban explains that the issue of the Tree of Knowledge was that of "bechira," free choice. He writes in Parshat Nitzavim that man has free choice to do good or bad, so that he can be rewarded for good. However, in the times of Mashiach, the choice to do good will be natural and a person will have no desire for bad, like the time before the sin of Adam, when he naturally did that which he should. Many Achronim challenge this Ramban. The main point of man is his ability of free choice and his struggle to overcome the evil inclination, so how can it be that Adam was created without any inclination towards evil? Furthermore, how could he have sinned?

The Rambam in Moreh Nevuchim writes that before the sin Adam existed with concepts of "truth and falsehood," whereas afterwards his perception was in terms of "good and bad." He defines this as a distinction between "muskalot" and "mefursamot." "Muskalot" are objective truths that are not open for debate, e.g., that the sky is round and not flat. Good and bad belong to the category of "mefursamot," which are not absolute truths. Although most people assume something to be good, it is subjective and dependent on man's understanding, and some will disagree or do otherwise. Sometimes, a person even knows logically that one way is incorrect, but will be drawn after it anyway, such as smoking. What the Ramban means is that although Adam had free choice, the truth was so clear to him, that he had no interest to do the opposite. To do evil to him was like putting a hand in fire -- no normal person will do so, even though he can and some people do so. [Yet he was brought to sin because of all kind of rationalizations, which we will not discuss now.]

A similar interpretation is offered to Chazal's comment that at Mount Sinai G-d held the mountain over Bnei Yisrael's heads and "forced" them to accept the Torah. While they had the choice to refuse, they clearly saw how entire existence of world depended on their acceptance of Torah, and thus could only choose to accept. This is meaning of "turned the mountain over them."

The Ramban continues to explain that the fruit of the etz hadaat would instill in a person desire and want. "Daat" means "ratzon" (desire, will). From now on, logic alone doesn't determine decisions; there are desires also. Rav Dessler explains that originally desire was external. The good was "me," and the bad "external." Now the bad is "me," the person feels he wants, and has to overcome his desire with "external" reasoning. This explains why a person is embarrassed when he sins, because instead of being idealist he is an egoist. He uses his divinely granted talents for personal uses and gains. Rav Soloveitchik explains the prayer in Neilah on Yom Kippur, "lema'an nechdal me'oshek yadeinu" (so that we refrain our hands from stealing), that we usurp the abilities that G-d grants us and use them for personal needs rather than for the true and ultimate purpose of man.

"Then the eyes of both of them were opened and they realized that they were naked." (Bereishit 3:7) Their actual vision didn't change, just their perception of reality. At first marital relations were a natural act; now it was tainted with an egoistic want for pleasure. Therefore, they were now embarrassed and hid their nakedness with clothes. R. Shimon Shkop, in Shaarei Yosher, explains the idea that man is created "b'tzalmo" (in G-d's image), as follows: G-d is not egoistical, but is concerned with world, and so, too, man was created to be man of the "klal" (community).

The Sifra comments: "Kedoshim tihyu" (Be holy) -- Could it be like Me? Therefore it teaches, "ki kadosh ani" (for I am holy) -- My sanctity is above yours. (Vayikra 19:2) What does this mean? The Ramban explains that the idea of "sanctity" is refraining from excess pleasure and luxuries -- not to be a "naval b'reshut haTorah." But then what does this have to do with being like G-d? R. Shimon explains that here is a basic tenet of Judaism that man cannot be an egoist, focusing only on his individual needs, but must be a man of the klal. The test of a person's intentions is in regards to overindulgence -- does he eat for his own enjoyment or for his health to enable him to fulfill his role? Therefore the Torah commands to be holy, and refrain from overindulgence. On the other hand, should a person abandon his own interests entirely, and be totally unconcerned with his physical existence, like G-d? No, I am above you -- you must take care of yourselves.

The Gemara (Brachot 61b) states that the world was created only for R. Chanina b. Dosa and Achav. Rav Kook zt"l explains that R. Chanina is the paradigm of an "ish tzibbur" -- the whole world is sustained in his merit and he suffices with a measure of carob. Achav is the paradigm of an egoist -- with all his pleasures he still wanted Navot's garden. A person should be in the middle. He has to look after himself in order to contribute. This is what it says in Pirkei Avot: "If I am not for myself -- who is for me? But if I am only concerned with myself -- what am I?" A person should view himself as a bolt in large machine; for the machine to function, every bolt must function properly. In today's society, however, the individual and his rights are so important, without concern for the klal, and that is why there is so much immodesty. People are not embarrassed about expressing and displaying their individual parts.

Rav Dessler, in vol. I of Michtav Me'Eliyahu, has a section called "Kuntres Habechira." He develops the thesis of "nekudat habechira" (point of choice), that most decisions in life are not subject to a daily choice. He draws a parable to war, in which most of the territory is clearly controlled by one country, and the fighting focuses on the battlefront. Similarly, we don't struggle regularly with the choice to wantonly desecrate Shabbat. Conversely, not to speak any lashon hara is beyond us, and we will not completely refrain from talking about a friend. The struggle and battle is somewhere in the middle. A person's job in life is to move his "nekuda," his "battlefront," and to add additional territory to the part that he has already captured and successfully overcome. This is through the means of "a mitzvah draws another mitzvah" and "the heart is drawn after one's actions." Conversely, for sins, "a sin draws another sin" and "once a person sins and repeats it -- it becomes to him like something permissible."

Don't jump to high levels, but focus on the point where you are struggling, and turn it into something which already becomes natural, forced. "Hevai shakud lilmod" (Become diligent in learning) -- Rav Kook zt"l explains that the "paul" (stative) form, is because the goal is to reach the level that one's nature is to learn. Where, then, is there bechira? a) In other things. b) This itself is bechira -- to turn oneself into a "muchrach."

The Meshech Chochma, in his introduction to Shemot, explains that after Matan Torah, Moshe no longer had bechira. What is the point of human existence, then? Moshe reached this level of complete subservience to G-d -- the pinnacle of man -- on his own! "Adam uveheimah toshia Hashem" (You save both man and beast) -- These are people who are shrewd, yet make themselves [simple] like beasts. (Chullin 5b) But while the goal is to make choosing good natural, it should not become merely habitual, as "mitzvat anashim melumada" (e.g. mechanically bowing at modim without awareness of the prayer).

Rav Dessler writes that a Yeshiva is not merely a group of talmidim, but an integrated organism. Even in the spiritual realm, a person doesn't live by himself, but is responsible for the advancement of the klal. Every sin between man and G-d is also between man and his friend, because his actions influence and weaken the tzibbur. Rav Dessler writes about the Yeshiva:

Each and every one of us should love our Yeshiva with our whole heart, and try with all our might that it should become perfect and elevated through our actions. Our behavior, our learning in halacha and mussar, the depth of heart of our prayers -- if we all do this, not only will the Yeshiva elevate, but rather each and every one of us!

We conclude with the Chatam Sofer who writes that one who works for the klal won' t lose, and, conversely, one who only focuses on his self-interest won't gain! 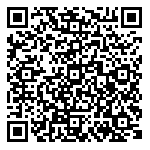