Nuts: On Rosh Hashana, there is a minhag to avoid eating nuts, as the gematria of “אגוז” equals that of “חטא” (without the א). On Pesach, in contrast, we specifically eat nuts. Some explain that on Rosh Hashana, we do teshuva out of yira, separating ourselves from חטא, and thus from אגוז. On Pesach, however, we do teshuva out of ahava – we return to the חטא, to the אגוז, in order to repair it.

Sippur Yetziat Mitzrayim: Many question what the difference is between the daily mitzva to remember yetziat Mitzrayim twice daily, in the morning and in the evening, and the special mitzva on the night of the seder. The distinction is evident in the Rambam’s presentation of the seder in Hilchot Pesach (ch. 7):

1) “There is a positive biblical command to recount (לספר) the miracles and wonders that were performed for our fathers in Egypt.” The implication of the word “לספר” is that one should elaborate about the events. This element of elaboration is unique to the seder.

2) “In accordance with the son’s understanding, his father should teach him.” It was for this reason that Chazal established the question and answer format of the seder. Modern psychology acknowledges that intellectual stimulation results only from this type of interaction, as opposed to simple presentation of facts.

3) “One begins with the negative and concludes with praise.” It is impossible to understand what we are grateful for if we do not begin with the גנות, the negative elements of our past.

4) Finally, there is a requirement at the seder to mention Pesach, matza, and maror.

Eternal Freedom: In the Hagadda, we state that “Had HaKadosh Baruch Hu not taken our fathers out of Egypt, we and our children and our children’s children would still be enslaved to Pharaoh in Egypt.” At first glance, this statement is rather astonishing.

The Maharal views this as an important principle. He compares this case to that of a firefighter who saved someone from a fire; we would not consider it as though he saved the descendants of that person as well. In contrast, through yetziat Mitzrayim, Hashem simultaneously saved all the generations – not only our forefathers, but us as well. Every individual views himself as though he personally left Egypt. Pesach is not the commemoration of a historical event, but rather an expression of gratitude that we personally left Mitzrayim. Thus, we describe that Hashem “took out His nation Yisrael from among them into eternal freedom (חרות עולם).” Am Yisrael will never again experience subjugation like what we experienced in Mitzrayim. And at the end of the Haggada, we recite the bracha, “Who redeemed us and redeemed our forefathers.” We too were redeemed from Mitzrayim.

Accordingly, the statement of “Had HaKadosh Baruch Hu not taken our fathers out of Egypt” should be read with emphasis on “HaKadosh Baruch Hu.” Had He not taken us out, things would have been different – because only He has the power to redeem every generation and to implant the element of חרות in our souls.

The Dubno Maggid explained this by way of a mashal of a poor person who suddenly became wealthy and was then able to spend his time learning Torah. Some time later, he lost his wealth, but he nevertheless continued to make a seudat hodaya on the day on which he originally became wealthy. When questioned about this practice, he explained, “What I gained – what I learned during the time of my wealth – cannot be taken away from me!”

When we left Mitzrayim, we went out into חרות עולם, and that cannot be taken away from us.

כל ימי חייך: The Haggada’s mention of the machloket regarding the recollection of yetziat Mitzrayim at night is intended to emphasize that on this night, there is a special requirement of sippur in addition to the general twice-daily requirement.

This machloket revolves around the meaning of the word “כל.” In a parallel machoket, there is a disagreement regarding the meaning of the pasuk, “Lechem panim before me at all times (תמיד).” According to one view, “תמיד” is meant literally; the lechem hapanim must remain on the shulchan all the time. According to the other view, “תמיד” does not mean “all day,” but rather “every day.” Similarly, in our case, there is one view that “כל ימי חייך” means “the whole day,” including the night, whereas the Chachamim maintain that it means “every day,” including the days of the time of Mashiach.

The Gra explained that according to the view of the Chachamim, we can understand why all creatures will be cured in the time of Mashiach with the exception of the snake. The snake’s punishment was “And you will eat dust all the days of your life” – and “all” implies “every,” even the days of Mashiach.

A similar question pertains to the phrase “For we yearn for Your salvation כל היום.” The Griz learns from this phrase that there is a requirement not only to yearn for the redemption every day, but the entire day as well – at every moment. Rav Chaim of Volozhin reportedly had a special suit prepared in his closet – his “Mashiach suit.” As Rav Kook taught, one who “yearns for the redemption” must take an active role. Even one who is a believer must do something; he cannot remain passive.

The Chacham and the Rasha: The Torah introduces the Chacham’s question with the words, “When your son asks tomorrow.” The Hagadda states, however, “What does the Chacham say?” When it is time to act, the Chacham does not ask questions; he leaves the questions for “tomorrow.” The Rasha, in contrast, cannot hold himself back.

“And I saw that there is a benefit to wisdom over foolishness like the benefit of light over darkness” (Kohelet 2:13). The Gra explains that Hashem’s name is mentioned in connection with the creation of light, whereas it is absent from the creation of darkness; the pasuk simply states, “And He called the darkness ‘night’” (Bereishit 1:5). The Haggada tells us that the Rasha is rebuked “because he separates himself from the congregation, he is kofer be’ikar.” According to the Gra, the text should read, “and he is kofer be’ikar.” In addition to implying that he is not part of Am Yisrael, the Rasha omits the mention of Hashem from his question.

Why does the Haggada instruct us to knock out the teeth of the Rasha? The Kotzker Rebbe explained that the Rasha cannot understand how it is possible to serve Hashem through eating, as we do at the seder; he can only understand how to serve Hashem through fasting and ascetic practices. Thus, he has no need for teeth! Some explain that this is the reason that non-Jews cannot offer a korban shlamim. They cannot comprehend how it is possible to serve Hashem with a sacrifice that is divided in half, one half to the owners and one half to Hashem.

מתחיל בגנות ומסיים בשבח: The Maharal distinguishes between two types of redemption discussed in the Haggada: גאולה, which refers to physical redemption from slavery to freedom, and פדיון. The Griz explains that פדיון describes an essential change. Through the act of פדיון, we take something sanctified and redeem it through something that is not sanctified. גאולה, in contrast, does not imply an essential change. When we redeem a field in the act of גאולה, for example, it transfers from the property of Reuven to that of Shimon – nothing more. Thus, פדיון implies the spiritual redemption of Am Yisrael.

This explains the bracha that we recite in the Haggada: “על גאולתנו ועל פדות נפשנו.” We thank Hashem both for the physical and the spiritual redemptions. This distinction is also reflected in the Birkat HaMazon: “ועל שהוצאתנו מארץ מצרים ופדיתנו מבית עבדים.”

The story is told that a maskil once came to visit the Malbim and saw him learning. The maskil said, “I thought that the Rav was one of the ‘new ones,’ but now I see that you are actually of the ‘old-fashioned ones’!” The Malbim replied, “We are actually the new ones, and you are the old-fashioned ones. After all, ‘At first, our ancestors worshipped avoda zara…’!”

The Gra explained that this is the reason that the phrase “וימררו את חייהם” has the ta’amei hamikra of קדמא ואזלא – the redemption came (the meaning of the phrase קדמא ואזלא) in the amount of קדמא ואזלא, which also equals 190 in gematria.

The seder night always falls out on the same day as Tisha B’Av. The pasuk in Eicha (3:15) draws a connection between them as well, “He has filled me with מרורים; he has made me drunk with לענה.” The מרורים of Pesach are found here beside the לענה of Tisha B’Av. The Beit HaLevi (Derush 2) explains that the 190 years that we didn’t have to work – which we celebrate on Pesach – were returned to us on Tisha B’Av.

לבן בקש לעקור את הכל: The Maharal explains that the Haggada chose Lavan as the prototype of the sonei Yisrael because he is the classic example of a pure anti-Semite – one who hates Am Yisrael for no reason. We can understand Pharaoh’s abuse; we worked as slaves for him for free. Lavan’s hatred, however, we cannot comprehend, except by attributing it to the principle of “Esav hates Yaakov.”

ואת ערום ועריה – A person who is unclothed still has one mitzva that is evident to all – that of mila. Indeed, Chazal state that David HaMelech would rejoice in his fulfillment of that mitzva even in the bathhouse. This pasuk describes that not only were Bnei Yisrael “naked of the mitzvot,” they were also bare of the mitzva of mila. 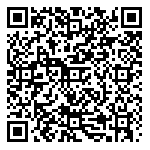