The original haftara for Parshat Acharei Mot is from Yechezkel 22: “ואתה בן אדם התשפוט התשפוט את עיר הדמים והודעת את כל תועבותיה,” “And you, son of man, will you rebuke, will you rebuke the city of bloodshed and let her know all her abominations?” As is well known, the haftarot parallel the content of the parashot hashavua. This haftara is appropriate for Parshat Acharei Mot, as the parsha discusses the sins of arayot and shfichut damim.

In a similar manner, the haftara for Parshat Kedoshim (Yechezkel 20) discusses similar sins: “התשפט אותם בן אדם התשפט, את תועבת אבותם הודיעם,” “Would you rebuke them, would you rebuke, son of man; inform them of the abominations of their fathers.”

These haftorot are printed in our chumashim, and the Rambam rules that these are the haftorot that should be read. However, according to the prevalent minhag, the haftora for Parshat Acharei Mot is replaced with a passage from Sefer Amos (ch. 9), “הלא כבני כושיים אתם לי.” Why was the haftora from Sefer Yechezkel replaced, and why was the selection from Amos chosen in its place?

Based on this gemara, which indicates that it is inappropriate to specify the sins of Yerushalayim, the haftora from Yechezkel is customarily replaced by the one from Amos. But why was this selection chosen?

Rav Soloveitchik zt”l explains (Divrei Hashkafa) that Am Yisrael might become frightened by the message conveyed in Parshat Acharei Mot. Even before entering Eretz Yisrael, they are threatened with galut! The parsha warns us that the non-Jews who lived in the Land before us violated many sins, and the Land threw them out as a result – and the same could happen to Am Yisrael if they fail to follow the Torah: “Observe my laws, and the land will not expel you.” As Rashi explains, galut is not truly a punishment, but rather a natural result of sin in Eretz Yisrael: “It is comparable to a king who eats something detestable that his intestines cannot tolerate, and he therefore vomits. In the same manner, Eretz Yisrael cannot tolerate sinners…”

Thus, we can readily understand the great fear of Am Yisrael upon hearing the warning that the Land might expel them just as it had expelled the non-Jews before them.

Chazal thus saw it fit to encourage Am Yisrael through the haftora. Indeed, this is a primary theme of the haftorot; most of the haftorot include pesukim of comfort, with the goal of raising the spirits of the people and imbuing them with faith in the ultimate geula. In fact, the Teshuvot HaGeonim records that it was once the custom to read a haftora after the kriat haTorah at Mincha on Shabbat, taken from the nevuot of comfort in Sefer Yeshayahu, but the Persian government forbade specifically the reading of the haftora, as it encouraged the Jews in exile.

This theme is reflected in the brachot recited upon the haftora, which are intended to strengthen our faith in the prophecies of the nevi’im, who are “nevi’ei emet vatzedek,” prophets of truth and justice, and in our faith that Hashem is “ne’eman,” trustworthy to fulfill His promises. Hashem foretold and brought about the destruction and the exile, but we trust that “none of Your words return back empty” – and we therefore insert a prayer for “Tziyon beit chayeinu” and the redemption of our people.

Our chachamim therefore chose a nevua from Sefer Amos to follow the prophecy of galut in the parsha, reassuring us that even if there will be a galut, it will be only temporary: “And I will return the captivity of my nation Yisrael, and they will build desolate cities and settle, and they will plant vineyards… And I will implant them on their land, and they will not be removed again from their land that I have given to them, says Hashem your God.”


They Are Sanctified Even When They Are Desolate

Wherein lies our faith that the Land will wait for her sons for thousands of years or that the children will remember their mother? What is the basis of the eternal connection between Eretz Yisrael and Am Yisrael?

Among the curses in Parshat Bechukotai, the parsha of the tochacha, we find: “And I will make your cities destroyed and I will make your Mikdash desolate.” The simple explanation of the pasuk is that the Beit HaMikdash will be destroyed, but Chazal explain (Megilla 3:3) that the pasuk means just the opposite: “They are kadosh even when they are desolate.” Why is the sanctity of Eretz Yisrael and Yerushalayim eternal and everlasting?

The Rambam writes (Hilchot Beit HaBechira 6:15-16) that although the “kedusha rishona” of the land was nullified, the sanctity of the Mikdash was eternal:

And why do I say that in the Mikdash and Yerushalayim, the kedusha rishona lasted forever, whereas the kedusha of the land was nullified? Because the kedusha of the Mikdash and Yerushalayim are a result of the presence of the Shechina, and the Shechina is not nullified. For the pasuk states, “And I will make your Mikdash desolate,” and Chazal teach that even though they are desolate, they are still sanctified. And since when Ezra came up, he did not sanctify it through conquest, but rather through ownership, anything that was sanctified in Ezra’s second sanctification is kadosh today, even though the land was taken away from them.

Why is Yerushalayim more connected to the kedusha of the Shechina more than any other part of Eretz Yisrael? According to the Torat HaSod, the world was created through progressive emanations. As Rav Kook writes, “The emanations of life that are created by the Source of Life progressively emanate, descending level after level, until they create the physical and the natural, the solid – connecting to the dirt, the rock, the iron.” In the descent from infinite spirituality to dirt, rock, and iron, there must be a point of transition that we can point to and say: It was here, at this point, that the revolution occurred. That place is the even hashetia, which is so called because the world was founded (הושתת) from it. Rashi explains (Yoma 54b) that Tziyon was created first, and pieces were added in all directions until the world was complete.

This secret was first revealed to Yaakov, who dreamed of a ladder rooted in the ground whose top reached the heavens, with angels ascending and descending. Rashi explains that the middle of the ladder was in the place of the Kodesh HaKadoshim. Chazal teach (Chullin 91b) that the angels descended in order to view Yaakov’s form, his physical body, and they then ascended to view his image engraved on the kisei hakavod. The physical Mikdash parallels the “Mikdash shel Ma’alah,” and this is the ladder that connects them.

This idea is revealed to us by Yirmeyahu HaNavi in the haftora that we read for Parshat Bechukotai: “Like the throne of glory, exalted from the beginning, is the place of our Mikdash.” Chazal teach (Pesachim 54) that the Beit HaMikdash is one of seven things whose sanctity was created at the time of the creation of the world – it is “exalted from the beginning.” Furthermore, they teach, the Beit HaMikdash is found parallel to the throne of glory. The kedusha of the land is not rooted in the lower world – in the fulfillment of mitzvot or in conquest – but in the upper worlds – from the kisei hakavod and Beit HaMikdash shel Ma’alah. And that kedusha can never be disrupted or nullified.

Rav Charlop ztz”l noted that we do not refer to “Eretz hateluya bemitzvot,” a land dependent on the mitzvot, but rather to “mitzvot hateluyot ba’aretz,” mitzvot dependent on the land. The mitzvot do not create the sanctity; rather, the intrinsic holiness of the land is what leads to the many mitzvot of the holy land.

Thus, the explanation for the promise of temporary exile that is found in the haftora of Parshat Acharei Mot – “And I will return the captivity of my nation Yisrael… and they will not be removed again from their land” – is found in the haftora for Parshat Bechukotai – “Like the throne of glory, exalted from the beginning, is the place of our Mikdash.”

“דומה דודי לצבי,” “My beloved is like a deer.” Just as a deer conceals and reveals itself, so does the redemption become hidden and revealed. We must not give up hope because it is sometimes obscured. Indeed, while it is hidden, it continues to progress, so that when it reveals itself again it is already on the next hill. 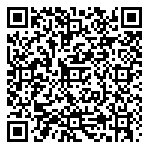