Shortly after the founding of the State of Israel, Rav Kook zt"l, and Rabbi Berlin zt"l, envisioned a Yeshiva that would combine the intensive Talmudic traditions of the East European bastions of learning with an atmosphere that would remain consistent with the lifestyle of the young State. Now in its fifty-third year, Yeshivat Kerem B'Yavneh has successfully blended these elements, and actively pursues programs to meet the spiritual needs of the State of Israel and the Jewish people.

Kerem B'Yavneh has 450 Talmidim enrolled in its various programs. It tries to keep a proper mix between Israelis, who constitute two thirds of the student population, and those from overseas.The non-Israelis are mostly from North America, with a sizable group coming from England, Europe, South Africa, Brazil, and Australia. The Yeshiva has a system of Shiurim designed to integrate the overseas students, and offers parallel Shiurim on different levels for the students.

Despite building expansion over the years, which have increased dormitory and classroom capacities, the Yeshiva is unable to keep up with the demand. Each year, the Yeshiva is forced to refuse a large number of applicants because it wants to maintain the unique relationship that the Rosh Yeshiva and Ramim have with the Talmidim. The Yeshiva has a "Tza'ir- M'vugar" system, which matches up new Talmidim with experienced elders who will assist and guide them in their studies. Most of the Ramim and Kollel students live on campus so that they are readily available to discuss matters at all times.

A Jewish State needs Torah scholars who are thoroughly trained in Jewish Law and are familiar with the jurisprudence of the State. Kerem B'Yavneh sponsors a "Kollel Avrechim" consisting of about 60 young Talmidei Chachamim, who have distinguished themselves in their studies and are dedicated to mastering the complexities of daily practical problems posed by life in a Jewish State. Many of them are preparing to serve as Dayanim [judges] in the Israeli Rabbinic Courts and some have already been appointed to these honored positions. These graduates enrich the general program of the Yeshiva by giving Shiurim, leading study groups and learning with younger Talmidim.

The Yeshiva has responded to the need to provide qualified teachers for the religious school system and Talmud instructors and Roshei Yeshiva for other institutions, by establishing a Pedagogical Institute. Special courses on an advanced level are offered, enabling those who pass the rigorous state exam to enter the Israeli educational system.

Kerem B'Yavneh runs a number of outreach activities. Among these is the well known program which enables Israeli teachers and principals to spend time at the Yeshiva to recharge their spiritual batteries and add to their knowledge of traditional texts. In addition, the Rosh Yeshiva and Ramim are also involved in the surrounding cities and towns, and often give lectures and teach classes to our neighbors. Students run events for wounded veterans and the chronically ill. Seminars run for Russian Olim [immigrants] have been well attended. They include trips to various historic areas, lectures, and holiday celebrations. 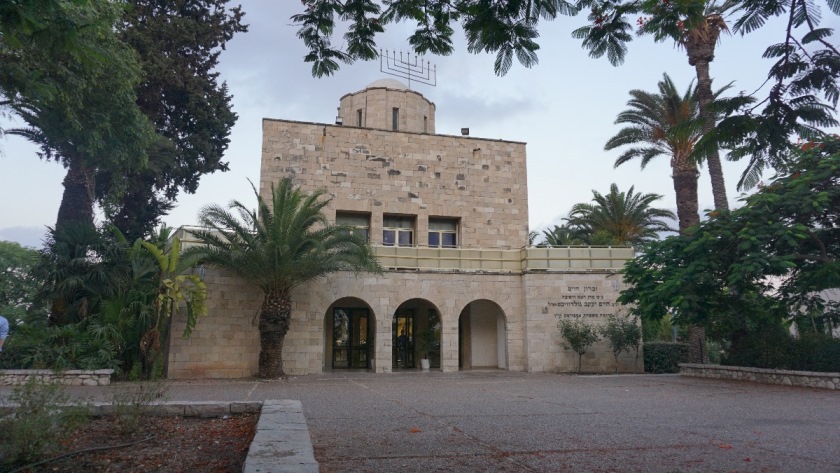