One of the principles of Judaism is the unity of the nation of Israel. There are countless statements in the written and oral Torah that deal with this issue. One of them relates to our Parsha: "All the nefesh of Yaakov's household who came to Egypt – seventy." (Bereishit 46:27) Chazal comment on this (Vayikra Rabbah 4:6):

Chazal attribute Israel's exile and redemption to the question of division and unity. The Maharal deals with this at length in his work, "Netzach Yisrael," and writes (ch. 4) that on account of this the Second Temple was destroyed, since Yerushalayim and the Temple are the focal point that unite Am Yisrael, and there they are one. When they are divided – they are not worthy of this place, and therefore it is destroyed.

The redemption is also dependent on this. If we will be united, the redemption will come sooner; if not, it will be delayed.

On the pasuk in brit bein habetarim: "[Avraham] took all these to Him; he cut them in the center ... The bird, however, he did not cut up" (Bereishit 15:10), the Noam Elimelech writes that the bird symbolizes Am Yisrael, in contrast to the other animals, which symbolize the other nations. I.e, the fact that he did not cut up the bird expresses the merit of Am Yisrael, that when they are whole, their merit is unfathomable.

The issue of unity also connects the Parsha and its Haftarah. In next week's Parsha it says, "Assemble and I will tell you what will befall you in the End of Days." (49:1) The Midrash says (Bereishit Rabbah 98:2):

[Yaakov] said to them: All of you be in one assembly. This is what it says, "Now you, Son of Man, take for yourself one branch, and write upon it, 'For Yehuda and Bnei Yisrael his comrades (chaveirav)'" (Yechezkel 37:16) – it is written chaveiro (sing.) – and prepare yourselves for redemption. What does it say afterwards? "I will make them into one nation in the land." (37:22)

It further says in the Midrash (Kohelet 3:7):

"[There is] a time to mend" – as it says, "Bring them close one to the other" (37:17), and what does is say afterwards? "Thus says the L-rd, Hashem: Behold, I am taking Bnei Yisrael from among the nations to which they have gone; I will gather them from all around and I will bring them to their soil; I will make them into one nation in the land." (37:21-22) This is, "a time to mend."

When the branch of Yosef and the branch of Yehuda, "will become united in your hand," Israel will be redeemed: "I will bring them to their soil; I will make them into one nation in the land, upon the mountains of Israel, and one king will be a king for them all; they will no longer be two nations, and they will no longer be divided into two kingdoms, ever again. (Haftarah, Yechezkel 37:21-22)

The Meshech Chochma writes enthusiastically in Parshat Beshalach on this issue, and his words should be seen inside. Amongst them he writes, "Therefore, [even] for the desecration of the Shabbat, which has spread in our many sins, they could then hope that they wound be granted a delay, for they are a community." 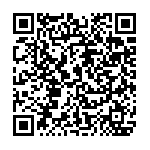