The Fragrance of a Sacrifice

"When a man brings an offering to Hashem from you ... the Kohen shall cause it to go up in smoke on the Altar -- a burnt offering, a fire offering, a satisfying aroma to Hashem." (Vayikra 1:2,9) Maran Rosh Hayeshiva zt"l explained the essence of sacrifices based on one of the purest of offerings, that of Noach:

"Then Noach built an altar to Hashem ... and offered burnt offerings on the altar. Hashem smelled the pleasing aroma, and Hashem said in His heart, 'I will not continue to curse again the ground because of man.'" (Bereishit 9:20-21) The very first thing that Noach did, immediately after he exited the ark in peace, was offer a sacrifice: "Noach sat down and said, 'G-d saved me from the waters of the flood, so I am obligated to offer before Him a sacrifice and burnt offerings.'" (Pirkei D'Rabbi Eliezer 23) What was so special about this sacrifice, on account of which the world was promised a covenant of eternal existence? Chazal explain this in the Midrash (Bereishit Rabbah 34:9):

"The world shall be built with chesed." (Tehillim 89:3) This pasuk teaches that the cornerstone of the creation is the trait of chesed. There are various attributes with which G-d directs His world. The attribute of chesed is unique, in that, in addition to being an attribute of guidance, like the rest of the attributes, it also serves as the founding block of the world. Moreover, our tradition from the giants of Jewish thought is that G-d created the world only to do good to His creatures. (See Ramchal, Derech Hashem, I:2) His attribute of doing good sought, so to speak, a means of expression. Therefore, He created this great world, so that His chesed would have a place to express and apply itself.

Chazal established that since this pasuk teaches us that the foundation of the world emanates from chesed, it also forms the cornerstone for the activity of Man in his world. This is what is taught, "On three things the world stands: on Torah, on worship, and on gemilut chasadim." The founding blocks of creation and the foundations of Man's activities in it are two sides of the same coin. Since the creation is established on the foundations of chesed, it must also serve as the basic measure of its continued existence. The capacity to give is thus a basic trait whose existence is necessary in order for the world to continue.

Every tendency towards chesed, every arousal to give, whether in action or in thought, comes as the result of inner nullification. Man's nature is such that his material instincts drive him to seek pleasure and gain. If, in spite of this, he is able to withhold himself, in body or money, it is only because it has been preceded by some degree of nullification of his material base. Thus, the trait of "giving" is rooted in the ability of self-nullification that is inherent in Man. Our Sages already established, "The true 'chasid' is one who does chesed with his Master." (Zohar Devarim 281a)

The ultimate fulfillment of the trait of giving is clearing out room from our individuality for the Divine Presence to dwell. This is the essence of the form of worship known as sacrifices. A sacrifice is the ultimate and fullest expression of the self-nullification that is in chesed, because a sacrifice symbolizes the nullification of Man, with all his limbs, for the Sanctity of His blessed Name:

A person should think when he does all this that he sinned to his G-d with his body and soul, and deserves that his blood be spilt and his body burnt, were it not for the chesed of the Creator, who took from him a substitute and atonement in this sacrifice, that this blood should be in place of his blood, and a life in place of a life. (Ramban Vayikra 1:10)

It is not the lamb that is offered up on the Altar, but the person himself. The owner of the sacrifice is, so to speak, offered up completely. His personality, all his character, his very existence, is completely nullified before G-d. "When a man brings an offering -- from you. From here emerges the secret of the pasuk said in the parsha of the Akeidah, "Avraham raised his eyes and saw -- behold, a ram! -- afterwards, caught in the thicket by its horns; so Avraham went and took the ram and offered it up as an offering instead of his son." (Bereishit 22:13) -- "Instead of his son!"

From this flows what Chazal say:

"May You forgive all iniquity and accept good [intentions]." (Hoshea 14:3) R. Simon says: "Tov" in gematriya (At-Bash) is "nefesh." Yisrael said, "When the Temple was erect, we would burn fats and sacrificial pieces and we would gain atonement. Now, our fat and our blood and our souls -- May it be [His] will that they should be an atonement for us."

With the destruction of the Temple, we lost only the "symbolic act" that is laden in the offering of sacrifices. However, the very being of atonement that is embedded in the burning exists and remains for generations. Dedication to G-d can be expressed in other ways. The fasting that we accept upon ourselves as an expression of Teshuva also indicates that same purpose.

Based on this, we can reach a deeper understanding in the words of the prophet and of our Sages (Avot D'Rabbi Natan 4:5):

"For I desire chesed, not sacrifice." (Hoshea 6:6) We have another atonement that is like the service of the Temple. What is this? This is gemilut chasadim.

As we have explained, "chesed" means sacrifice. A person of chesed gives of his strength, his resources, his wealth, and all the treasures of his soul; all that he could have, and is entitled to use for himself, he directs and gives to another. Thus, the root of this trait is the nullification and submission of his individuality. Bringing a sacrifice is, as explained, the pinnacle of this perspective, the ultimate level of nullification -- "A life instead of a life."

Therefore, one whose heart is devoid of the trait of chesed is devoid of the meaning of a sacrifice, and, in fact, degrades it and defiles it. He should deal first with the subject of chesed, and then come forward to offer the sacrifice. "For" -- when I commanded about a sacrifice -- "I desire chesed, not sacrifice." Not an emotionless sprinkling of blood on the Altar, but an act of coming close and making a sacrifice of the foundations of the soul. One who is not capable of this is disqualified from offering! This is the basis of what the Kabbalists ruled, that a person who did not marry is considered to be unqualified for offering. A person who lives by himself is, by definition, void of knowing chesed. From this we learn that we have another atonement, similar to the service of the Temple -- gemilut chasadim itself!

Noach and his sons -- who learned, practiced and trained in the trait of chesed for a full year in the ark -- became worthy for offering. This was, indeed, the first act they did immediately upon exiting the ark. This was, as mentioned, a sacrifice completely saturated with the aroma of self-sacrifice: 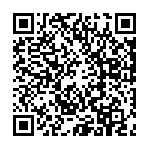