The Gemara in Brachot (28b) relates that when R. Yochanan b. Zakkai was about to die, he cried. His talmidim asked him, “Why are you crying?” He explained that if he stood for judgment before a mortal king he would cry, certainly before the King of kings. “Moreover, there are two paths before me, one of Gan Eden and one of Gehenom, and I don’t know on which one I will be led – and I shouldn’t cry?” At the time of death he instructed to remove the vessels on account of tumah and to prepare a seat for Chizkiya, king of Yehuda.

It is hard to understand what R. Yochanan b. Zakkai was afraid of, after having taught Israel for forty years! The Mussar masters derive from this the lesson that no one should take his spiritual standing for granted. However, there is another answer, based on the story of the destruction in Gittin 56b. During the siege of Yerushalayim, R. Yochanan b. Zakkai secretly left the city to meet with the Roman general, Vespasian. Vespasian was so impressed with R. Yochanan that he offered to grant him his wish. R. Yochanan b. Zakkai asked for the Yeshiva of Kerem B’Yavneh, in essence foregoing Yerushalayim. The decision had great ramifications for the remainder of history. For the rest of his life R. Yochanan was tormented whether he was right in doing so or not. Not all the Sages of his time agreed with him. Rav Yosef, for example, commented on this decision, “Who makes wise men retreat and makes their knowledge foolish” (Yeshaya 44:25), apparently by Divine guidance to bring about the destruction of the Second Temple. Through his two enigmatic instructions, R. Yochanan was trying to explain his decision.

There are those who make light of all material issues – science, state, and army. However, the Torah does not think so, but rather the material world can serve as a tool for the spiritual. Just as the soul cannot exist without the body, so too Am Yisrael cannot exist without the national elements. The Chovot Halevavot writes, “Kol ma sheyarbeh hayishuv tikun, yarbeh hasechel churban.” “The more the [physical] world is improved, the more the [spiritual] mind is ruined.” However, the Chatam Sofer writes that this is not true in the Land of Israel, only in the Diaspora. The Torah teaches that before the kohen comes to examine a house inflicted with tzaraat, the vessels (particularly the earthenware ones) should be removed so that wouldn’t become defiled and cause a loss. Furthermore, Yaakov Avinu went back alone to collect his little pitchers. Thus, even one who is involved entirely in spiritual matters, as far as his personal interests and time, has to relate to material issues with importance. There is room to think that perhaps R. Yochanan b. Zakkai belittled issues of State, and therefore he decided to save the Torah of Kerem B’Yavneh and forego the political stature of Yerushalayim. For this reason he instructed his disciples to remove the vessels to show that he saw their importance, but had calculated that the preservation of Torah was more essential.

This explains his second directive, as well. Chizkiya’a father, Ahaz, had closed not only the Yeshivas but also all the talmudei Torah, with the goal that if children would not learn, within a generation or two Torah would be forgotten, and G-d would remove His Presence from Israel. Chizkiya changed this course completely, and instituted compulsory Torah education. In his days, from Dan to Beer Sheva and there was not a single child who was ignorant in the laws of purity.

At the time of Sennacherib’s miraculous fall outside the gates of Yerushalayim, Chizkiya didn’t sing praise; only the Land did, as it says, “From the wings of the earth we have heard song.” (Yeshaya 24:16) Why did Chizkiya not sing? He felt that deliverance could have occurred in other ways, and the point of having Sennacherib’s army die in Israel was to provide booty to the Jews – and for this we don’t need song. We are at a stage that we must focus on reestablishing the Torah. It was on account of this that Chizkiya was not made Mashiach, since the Mashiach understands that in the Land of Israel material issues are also important. As the Chatam Sofer writes, in the Land of Israel the very working of the land and other professions are a mitzvah. The Land did sing, though, since it has “wings,” which are able to elevate the physical earth in Eretz Yisrael. Chizkiya was not made Mashiach, but through his efforts he strove to counterbalance what his father had done. King Chizkiya’s presence at R. Yochanan b. Zakkai’s death indicated that he chose correctly, since what Chizkiya accomplished in the end of the First Temple, R. Yochanan b. Zakkai accomplished in the final generation of the Second Temple.

Rav Kook zt”l writes that some are concerned only with the spirit (an allusion to Christianity); this will not last. Others are concerned only with the improvement of world (Socialism); this also will not last. We find these two tendencies present nowadays in Israel. Rav Herzog wrote that the mistake of modern Zionism was that their goal was to be a normal nation like all other nations. They don’t understand that the “normalcy” of Israel is to be abnormal. The momentum of their efforts was enough to bring to the creation of the State of Israel, but was not enough to continue further. This is comparable to a train whose locomotive fails. Its momentum carries it on to the station, but not beyond. In a convention of youth of the Mapai and Mafdal, the Mapai complained that after the Six- Day War, the religious turned into the “locomotive.” This change began fifty years ago with Yeshivat Kerem B’Yavneh. It was not merely the establishment of Hesder, but rather a symptom of something great taking place on a more fundamental level.

The Gemara provides the metaphor that the clusters of grapes should pray on behalf of leaves, since without the leaves there are no grapes (Rashi explains that leaves provide shade; we now understand that the sweetness of the grapes comes from the leaves.) While talmidei chachamim are primary, how should they look upon the common person? Although one doesn’t have to be a scientist or a soldier, one has to appreciate their contribution, since without them, there is no State. Israel needs to be a strong, developed, and modern state; only through this can they express the great Divine idea. What changed fifty years ago was the understanding of what a Jewish state is. It is not just a place to escape persecution, but an opportunity to establish G-d’s Throne in this world, and for all the nations of the world to see how the children of G-d behave. It would not be stretched to say that what R. Yochanan b. Zakkai gave up thousands of years ago, returned at Kerem B’Yavneh fifty years ago.

“Lishmor et derech etz hachaim.” (Bereishit 3:24) What protects the way to the tree of life? The “lahat hacherev hamithapechet” – “the flaming ever-turning sword.” Who holds the sword? The same cherubim that sit on the Ark. We pray that the next fifty years will be manifold greater than the fifty years that passed! 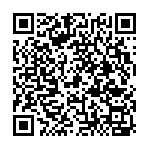 The Will of Him Who Rested upon the Thornbush
Rav Mordechai Greenberg
Nasi Hayeshiva
E
Additional shiurim...