The Decree of Parah Adumah and of the Pesach-Offering

The Decree of Parah Adumah and of the Pesach-Offering

"Who is like the wise one? And who knows what things mean?" (Kohelet 8:1) ... This refers to G-d, who explained the Torah to Moshe ...R. Yehoshua of Sichnin said in the name of R. Levi: For each and every thing that G-d would say to Moshe, He told him its defilement and its purity. When He reached Parshat Emor [which talks of a kohen's defilement to the corpse of his relatives], Moshe said to G-d, "Master of the Universe, if he becomes defiled, though what does he become purified? [G-d] did not answer him at that moment, so that Moshe's face became red [with shame]. When He reached the portion of parah adumah, G-d said to him: "At that time ... I did not answer you. This is his purification, "They shall take for the defiled person some of the ashes of the burning of the purification [offering]." (Bamidbar 19:17)

This Midrash is very difficult. Why did Moshe have difficulty with this portion more than any other place, since many other portions of the Torah are not explained in one place? What do we learn here about the special wisdom in G-d's answer?

In the Midrash on Parshat Bo (Shemot Rabbah 19:2) it says:

The mitzvah of parah adumah is singled out as a decree that is not understandable, so that even King Shlomo, the wisest of all men, testified about it: "I thought I could become wise, but it is beyond me." (Kohelet 7:23) Many reasons are given to explain the particular difficulty with this mitzvah, which makes it less understandable than the other decrees of the Torah.

However, besides the inherent difficulty in the mitzvah, we should also examine the placement of this mitzvah. The natural, proper place for this mitzvah is in Sefer Vayikra, together with all the laws of defilement and purity. It is possible that this is what Chazal allude to in the first Midrash, that since this portion was absent in the place where the issues of defilement were explained, therefore Moshe had difficulty. However, the question itself remains, why was the place of this portion changed? Similarly, why did Hashem not explain to Moshe that this portion would be said in some other place? After all, many other portions that were written elsewhere were said earlier at Sinai.

When we examine the portion of parah adumah we note a fundamental difference between it and other sacrifices. We know that parah adumah comes to atone for the sin of the golden calf. Yet, unlike all other sacrifices and atonements, it is not offered in the Temple, and there is no "pleasing fragrance" or burning on the Altar.

The idea here is as follows: A sacrifice atones for a person by drawing him close to G-d, and thereby it purifies man from his material lowliness that caused him to sin, and this is the whole point of the service in the Temple. However, the possibility of sin, which emanates from the concealment of the Divine that is inherent in the creation of the world, is not uprooted entirely through this. Parah adumah, whose service is outside of the Temple, reveals the potential to become pure and to rectify sin itself at its source.

In our mortal mind we are not capable of comprehending this, since only the infinite Unity of the Creator allows for the existence of evil in this world without being affected adversely by this. The possibility of teshuva is embedded in this, as Chazal alluded to on this Parsha, "Who can produce purity from defilement? Is it not One?!" (Iyov 14:4) However, our created existence limits us so that we cannot fathom this, so that we have only to perform this mitzvah as a decree and nothing more.

With this we can explain the Midrash, "Who is like the wise one, etc." Moshe's question was how is it possible to become purified from the defilement of death, which is rooted in the very essence of sin? (Death was imposed upon Adam as a result of his sin, and were it not for this sin – and, similarly, were it not for the sin of the golden calf – there would be no such thing as death.) The wisdom of the Creator teaches that the observance of the decree, which is the infinite Divine will, has the ability to rectify even this defect. Therefore, this portion is found in Sefer Bamidbar, which talks about the sanctity of the camp of Israel, and not in Sefer Vayikra, whose primary focus is the order of the Temple service.

The pesach-offering is similar to this. Its primary purpose is also not for a "pleasing fragrance" and offering of the Altar, and in this it is not considered a sacrifice in the normal usage of this concept. Rather, its primary mitzvah is eating, and through this sacrifice Bnei Yisrael were singled out in Egypt and became the Nation of G-d. This is the idea of the pesach-offering.

This is what unifies these two mitzvot. In both of them Bnei Yisrael and atoned for and singled out as a nation that is worthy of having the Divine Presence dwell among them, through their being separated from the nations and the laws of nature, which are the root and cause of sin, and they merit to achieve the sanctity of a tzibbur and a camp. (Perhaps there is an additional allusion, in that the pesach-offering expresses the redemption from Egypt, as the lamb was the god of Egypt, whereas parah adumah expresses the redemption from the subjugation of the four kingdoms, as Chazal explain that parah adumah symbolizes the subjugation of the nations of the world.)Despite the fact that these two mitzvot are decrees, and we do not comprehend the manner through which they positively affect man – whoever upholds "May my heart be perfect (straightforward) in Your decrees" (Tehillim 119:80), will merit the salvation of G-d, as the Midrash concludes, "This is [what it says in the pasuk about the pesach-offering], 'No alienated person may eat from it." 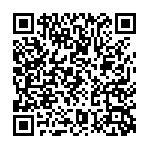