These days that we are in their midst were established as an opportune moment for teshuva, and as a time capable of changing the Heavenly decrees through prayer. On the pasuk, "Seek Hashem when He can be found; call upon Him when He is near" (Yeshaya 55:6), we learn that the days between Rosh Hashana and Yom Kippur are the time that G-d is readily found.

Let us try to reflect upon the meaning of these days, and upon why they were designated to be the days in which G-d is close. Chazal teach us that Rosh Hashana is the date on which Adam was created, and on which he sinned and was reconciliated. He was then told: "You will serve as an example for your children. On this day they will be judged, and G-d will accept them." Regarding Yom Kippur, Chazal say that this day was chosen since on it G-d was appeased and forgave the sin of the golden calf, and on it the second Tablets were given on it. There seem to be two events here that by chance occurred on these days, but this does not explain the connection between the days.

In order to understand this, let us examine the meaning of judgment and of teshuva. When we examine the Rosh Hashana prayers, we hardly note the concept of reward and punishment. The primary emphasis in the prayers is the acceptance of the yoke of Heaven, and even the parts that talk about punishment – their main idea is to express G-d's Hashgacha over the world. Moreover, in all of the Rosh Hashana prayers a person never apologizes for his sins or attempts to exonerate himself. We are even warned by the earlier authorities not to say viduy or to mention sin during these days. If so, how is Rosh Hashana considered part of the aseret yemei teshuva?

Teshuva, as explained in various works (cf. Chovot Halevavot, in the beginning of Sha'ar Hateshuva), is not just a means to avoid punishment, but a tool to return a person, and thereby the world, to perfection. The purpose of Creation is to achieve ideal society and the perfection of the world. When man stumbles and sinks in the lowliness of his physical existence, and thereby causes hester panim –through teshuva he reveals the ability to create his spiritual world anew, and to lead the world to its perfection.

As Chazal point out, "Mizmor shir leyom haShabbat" was said by Adam after he recognized the power of teshuva. When he sinned, Adam was afraid that he had destroyed the world. However, when he realized that it is possible to rectify matters through teshuva, he once again recognized the purpose of Creation, and said, "Mizmor shir leyom haShabbat – to a day that is entirely Shabbat."

This possibility of correction was similarly recognized by Klal Yisrael when they accepted the Torah a second time, after sinning the first time, and they expressed through this the way to reach the purpose anew from the depths and lowliness of sin. Chazal allude to this – Israel were not worthy for that sin, other that to teach the way of teshuva. "R. Yehoshua b. Levi said: Israel did not make the [golden] calf other than to provide a precedent for ba'alei teshuva." (Avoda Zara 4b)

However, to reach this level, a person has to reveal the spiritual point within himself, and to free himself from the material shackles that he formed by following his desires. To the degree that man frees himself of his drives, he will be shown the Divine Hashgacha that is hidden in the Creation and is not limited by the rules and limitations of justice. This is difficult for the individual. However, when the entire community bands together with this recognition, the power of the community overcomes the limitation that flows from the darkness of materialism, and has the power to cause closeness to G-d.

The very same ability to see the truth, which the community has, which allows the acceptance of teshuva, is inherent in these days, when the memory of the Creation renews. It is easier to see G-d's guidance in the world, and this is the basis for the power of teshuva. This is what is special about these days, that Hashem arranged his world based on the rules of teshuva that it should be easier to see and to understand His involvement in the world, and thereby to reach this recognition of the possibility to correct and renew. On Rosh Hashana we emphasize the Creation and G-d's rule, and we arouse and mention our deep aspiration for the true purpose, which eludes us every year in our spiritual slumber. To the degree that this recognition becomes true and settles in our awareness, we are closer to G-d, and it is in our ability to renew our lives in accordance with this recognition. This is essentially the main point of teshuva.

With this we can understand that on Rosh Hashana our primary prayer is for the yoke of heaven, which is the goal, and for our aspiration to see this rule revealed, and to live (together with all the world) in that existence. In the subsequent days we prepare ourselves to be fit for this, until on Yom Kippur our teshuva is accepted and we renew our acceptance of Torah through this. 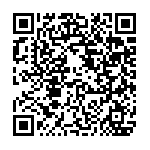