Parshat Vayishlach: The Alufim of Esav and the Choice of Yaakov

Parshat Vayishlach: The Alufim of Esav and the Choice of Yaakov

We believe that all of the stories recorded in the Torah are integral parts of our Torat emet, and, as the Rambam writes, there is no difference in that regard between the Torah’s record of the paragraphs of the Shema and the detail that “the sister of Lotan was Timna.” The commentators make an effort to explain the necessity of these stories and what we can learn from them, and this is especially true of the list of the kings and alufim of Esav that is recorded in Parshat Vayishlach. What is the significance of this list for us? We will attempt to contribute an idea to this discussion.

Chazal teach us that before Matan Torah, Hashem offered the Torah to Yishmael and Esav, as hinted in the pasuk, “He appeared from Har Paran and shone from Se’ir upon them.” These nations are also absent from the story of Yetziat Mitzrayim. In the Haggada, we recount the historical process of Hashem’s choice of Yisrael, culminating in Yetziat Mitzrayim, through the summary recorded in Sefer Yehoshua: “And to Esav I gave Har Se’ir, and Yaakov and his sons descended to Egypt.” Chazal explain that the reason that Esav turned away from Canaan and went to Edom instead was that he did not want to pay the price of galut Mitzrayim, which was a precondition for inheriting the land. Instead, Esav received the land of Edom. (This may explain why Yisrael are referred to as “beni bechori Yisrael” specifically when they were in Mitzrayim – once the sons of Yaakov descended to Egypt and paid the price for the fulfillment of the promise to Avraham regarding Eretz Canaan, they became worthy of the inheritance, and Hashem therefore attested that Yaakov had indeed merited the bechora.)

The acceptance of the Torah constitutes the brit to be the nation of Hashem in the chosen land, and the two are connected and dependent on one another. The Avot had created the foundation for the possession of the land and the basis for the nation that would be the ben brit with HaKadosh Baruch Hu. Yishmael and Esav, as descendents of the Avot, could also have been partners in that brit, but their ways of life prevented them from accepting the Torah. Esav preferred to live by the power of the sword, building his empire by way of war. Indeed, this political attitude shaped the European world from the time of the Roman Caesars until our very day. Yishmael’s inherent character of “his hand is in everything” led him to build his rule through the cynical use of economic manipulation, which to this day characterizes Arab politics. Esav and Yishmael did not reject the Torah because it prohibits murder and theft; after all, these are forbidden to all humanity, such that they did not gain by rejecting the Torah. Rather, they refused to accept the Torah because it educates its adherents in a different goal then their own, advocating for rule based on justice, the search for truth, and the knowledge of Hashem, to the point that Dovid HaMelech was not found worthy of building the Beit HaMikdash because of the blood that he had spilled.

We do not know how Hashem approached Esav and Yishmael with the offer of the Torah, but the Torah itself tells us how they chose paths that distanced them from the brit. Yishmael lived as an archer in Midbar Paran, establishing a nation and princes in this manner. Esav conquered territory by his sword so that he could achieve immediate rule, rather than accepting the decree of galut, and he thereby removed himself from the brit of Avraham. The way of life of Esav and his descendants is not compatible with the values that the Torah preaches. Yaakov and his sons, in contrast, accepted the galut, demonstrating their faith and trust in Hashem, and they were therefore prepared to accept upon themselves the lifestyle of a brit with Hashem.

The stories recounted in the Torah that describe the success of Esav and Yishmael, in contrast to the downtrodden Yaakov, demonstrate to us that the events of Yetziat Mitzrayim came about through Hashem’s guidance, testifying to the fact that Hashem chose Bnei Yisrael as His nation. Later description of Esav’s early successes would not have been believed, and the Torah therefore described it in great detail close to the time of the events, so that it would be accepted as accurate testimony in later generations. 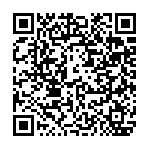