“Moshe said to Aharon, ‘What did this people do to you that you have brought such great sin upon them?’ Aharon said, ‘Let not my lord be enraged. You know that this people is bent on evil. They said to me, ‘Make us a god to lead us, for that man Moshe, who brought us from the land of Egypt – we do not know what has happened to him.’ So I said to them, ‘Whoever has gold, take it off! They gave it to me and I hurled it into the fire, and out came this calf!’ Moshe saw that the people were out of control, since Aharon had let them get out of control” (Shemot 32:21-25).

This conversation between Moshe and Aharon raises many questions. It sounds as though Moshe is blaming Aharon for giving in to the people. Indeed, didn’t Aharon realize that the prohibition of avoda zara is a one of “yeihareg ve’al ya’avor”? If he did know, how could Moshe possibly have accused him of succumbing? The Ramban explains that Moshe’s intention was, “What did you have against them that you caused them to stumble?” But this explanation is very difficult to accept.

Even more perplexing is Aharon’s answer. What does he mean that the calf simply “came out” of the fire? They made the calf! It sounds as though Aharon is saying that the whole matter is no big deal. Furthermore, what does the pasuk mean in describing that “Moshe saw that the people were out of control”? What did he see now that he hadn’t seen before? And why is their behavior attributed to Aharon?

In order to understand this passage, we will study an incident that is similar to that of the chet ha’egel. Many centuries later, the sin of the calf served as a tragic turning point in Jewish history when the kingdom and nation was divided, entailing rebellion against the Davidic dynasty and the Beit HaMikdash along with the institution of the worship of the calves formed by Yeravam (which later led to complete idolatry and the abandonment of the Torah). Chazal say that the people at that time learned from Bnei Yisrael in the desert, who chose an egel as a representation, figuring that there must be something to the egel. This is difficult to understand, however. Yeravam did not intend to introduce idol worship, but rather to distance the people from the Beit HaMikdash and introduce another symbolic venue of worshipping Hashem. Why, then, did he choose to imitate the egel, which had been punished so severely? What is the value of the egel if it was clearly not acceptable? How was Yeravam able to convince the people to accept his egel?

Yeravam articulates the reason that he instituted the egel: “If this nation goes up to offer sacrifices in the House of Hashem in Yerushalayim, the heart of this nation will return to their master, to Rechavam, king of Yehuda” (Melachim I 12:25). On the simple level, Yeravam was concerned that the people would go to Yerushalayim, because there, Rechavam was king and Yeravam was a nobody. On a deeper level, the Beit HaMikdash and the Davidic dynasty are intertwined (over and beyond the fact that the very building of the Beit HaMikdash is dependent on the establishment of the kingdom, as fulfilled by David and Shlomo). At the dedication of the Beit HaMikdash, Shlomo provided a brief historical summary: “Form the day that I took my nation Yisrael out of Egypt, I did not choose a city… And I chose David to rule over my nation Yisrael” (Melachim I 8). He goes on to describe the complete connection between the Davidic dynasty and the Mikdash. This connection began when David was fleeing Shaul, when he and Shmuel sat together to discuss the location where the Beit HaMikdash would be built and the order of the mishmarot kahuna. It would seem that David had more important things to worry about at the time, when he was running for his life, but his involvement in the Mikdash served as Shmuel’s promise that in the end, David would indeed be king.1

This connection between David and the Mikdash is reflected in the words of those who rebelled against the malchut: “We have no portion in David, no share in the son of Yishai! To your tents, Yisrael! Now look at your own house, David!” (Melachim I 12:16). Rashi explains that they were referring to the Beit HaMikdash. Chazal read this pasuk as constituting rebellion against David, the Mikdash, and malchut Shamayim (Yalkut Shimoni 106): “‘We have no portion in David’ – this is a reference to malchut Shamayim. ‘No share in the son of Yishhai’ – this is a reference to the kingdom of David. ‘To your tents, Yisrael’ – and not to the Beit HaMikdash. Do not read, ‘To your tents,’ but rather, ‘To your gods.’ Rav Simon bar Manasia said: Yisrael will not see the signs of redemption until they once again seek these three things out…” Thus, the connection between the Mikdash, David, and malchut Shamayim was not only perceived by the rebels, but reiterated by Chazal as well.

Sefer Divrei HaYamim II (13) records the speech of Aviyah, the son of Rechavam, against Yiravam. In his words, he describes the kingdom of Yehuda as the kingdom of Hashem and the kingdom of Yisrael as the rebellious kingdom.3 He emphasizes that the avodat Hashem in Yerushalayim is performed by the Kohanim and Levi’im, whereas the worship in Yeravam’s temples was performed by whoever wished, and in this way comparable to the worship of the non-Jews, whose religions are man-made and not based on Divine guidance. Aviyah does not call Yeravam’s egalim idolatry, but rather notes that they are inventions of man, and not built at the command of Hashem.

The Mikdash, the kingdom of David, and obedience of Hashem are the central points that connect the entire nation to Hashem. Avodat Hashem in the Beit HaMikdash is not based on man’s intellect, but rather on Hashem’s command, as it is impossible to perceive Divine perfection without Hashem’s guidance through nevua and the Torah.

Let us return to the pesukim from our parsha with which we began. Aharon describes, “They gave it to me and I hurled it into the fire, and out came this calf!” It sounds as though the egel was an accident. Indeed, the people’s initial request of Aharon makes it clear that they did not intend to abandon Hashem: “Come, make us a god who shall go before us, for that man Moshe, who brought us from the land of Egypt – we do not know what has happened to him” (Shemot 32:1). What did they want? The commentaries discuss this at length.  The people wanted some intermediary who would help guide them in the desert. Aharon tried to stall by asking them for their wives’ jewelry, in the hopes that the women would refuse to give (bureaucracy proving to have always been a stall tactic). Aharon indeed made an egel (according to the Ramban, symbolizing din, as appropriate for the desert), assuming that the people would be satisfied with this. The people, however, were influenced by their own actions, going on to declare, “This is your god, Yisrael, who took you out of Egypt!” This was not heresy; rather, the people were running away from the spiritual level of miraculous and overt providence to a lower level of providence clothed in concealment and nature. Rabbi Shimon states that the nation desired many gods. This does not mean that they wanted to worship many gods, but rather that they desired the concept of multiplicity, as opposed to that of unity, the spiritual level unique to Yisrael. When Aharon detected this fall in the people’s level, he tried to stop the process by building an altar and declaring a holiday for Hashem, in the hopes that the people would focus on the sacrifices and avodat Hashem, and the egel would fall to the wayside. His plan was almost successful; the stage of the sacrifices went smoothly. But then the people sat to eat and got up to make merry.

When someone is offering a sacrifice, there is no discernable difference between one who is sacrificing an olah with appropriate intention to Hashem or with another intention. The lofty atmosphere of the sacrifice clarifies the truth to him; he senses the divine unity and recognizes the absurdity of idolatry, and the egel then seems like a silly substitute. But eating the shelamim entails a natural act, and there the difference is expressed. The pull to avoda zara that is rooted in the spiritual fall has an impact, as reflected in the difference between avodat Hashem and avoda zara.

Moshe understood that Aharon did not intend to cause the nation to sin, but was rather attempting to channel them and stop the process. His question was, “What did this nation do to you, such that you were unsuccessful in your attempt?” (see Shemot Rabba 37:2). Aharon responded that he tried, and what happened happened. From this Moshe understood that the chet ha’egel is like the root of a poisonous plant. It was the result of a process whose beginning was not so reproachable, but one that could lead to complete lack of control and abandonment of the yoke of Hashem – specifically through the act of Aharon, who created the physical form of the egel. Moshe responded with such force to demonstrate that there is no room for such an idea.

Yeravam wanted an egel for exactly the same reasons, and his egelim were invalid precisely because they were the opposites of the Mikdash. He claimed that his rebellion against the Davidic dynasty – an act that was permissible in itself – brought about that the status of the Beit HaMikdash was void, such that there was room for an egel as an expression of avodat Hashem. He apparently explained that the Torah was opposed only when there was an alternative in the form of a Mishkan. Once the Mikdash is void, the egel is once again a legitimate form.


We see that any attempt to be flexible with regard to halachic observance, as well as the attempt to make avodat Hashem “experiential,” eventually leads to “merry-making” and rejection of Hashem.

1 The truth is that the fact that David had to flee from Shaul proved to be the beginning of the process of his appointment as king.  Had David remained as part of Shaul’s family, it is difficult to imagine how he would possibly have attained the kingship. Only the fact that he had completely separated from Shaul’s household made it possible for him to be a viable alternative.


2 Breakdown in the commitment to the group is the source of the inclination of each individual to live according to his own will, which is the root of idolatry.


3 It is notable that the Tanach does not describe Aviyah as personally being a yarei Shamayim. 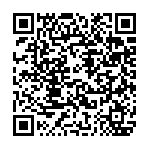