Our parsha records Bnei Yisrael’s demand for meat, along with Moshe’s harsh reaction: “Moshe heard the people weeping… Hashem was very angry, and it was evil in Moshe’s eyes. And Moshe said to Hashem, ‘Why have you dealt ill with Your servant, and why have I not enjoyed Your favor, that You have laid the burden of all this people upon me? Did I conceive all this people? Did I bear them, that You should say to me, ‘Carry them in your bosom as a nurse carries an infant,’ to the land You have promised on oath to their fathers? Where am I to get meat to give to all this people, when they complain before me and say, ‘Give us meat to eat!’ I cannot carry all this people by myself, for it is too much for me. If you would deal thus with me, kill me instead, I beg You, and let me see no more of my wretchedness!” (Bamidbar 11:10-15).

How are we to understand Moshe’s reaction here? Moshe, after all, was the man who was not afraid of Pharaoh, the king of Egypt. He stood up to Hashem Himself when Bnei Yisrael were threatened with destruction following the chet ha’egel, and he was not afraid to confront the people when he burned the egel afterwards. What happened here that made Moshe suddenly so weak? And in what way would the addition of seventy zekeinim help him?

Indeed, according to the Ramban, this event was the cause of the people’s failure to enter Eretz Yisrael. What exactly was this severe sin? The pesukim describe: “The asafsuf that were among them desired a desire, and Bnei Yisrael went back and cried and said, ‘Who will feed us meat? We recall the fish that we at in Egypt for free, the cucumbers, the melons, the leaks, the onions, and the garlic. And now our gullets are shriveled! There is nothing other than the mann to look at!’” (Bamidbar 11:4-6)

The pesukim describe the development of the sin. At first, the asafsuf “desired a desire” – it is unclear what they desired, or even if they themselves knew what they wanted. Only then did they decide that what they wanted was meat. As the Ramban writes (on pasuk 4): “They lacked nothing in the desert, as they had the mann to satiate them, and they could make from it foods of many different tastes, as the pesukim describe. Rather, they imposed upon themselves a bad desire, like those who desire to eat coal or dirt and disgusting foods.” Why did they act in this way? Why did they complain about the tasty mann? Furthermore, the people would complain forty years later about the mann as well, specifically noting the concern that since the mann had no waste product, it might cause disease in the body. Why were the people still concerned after seeing for forty years that no one was harmed?

A person who is on a high spiritual level merits immeasurable pleasure, in addition to the reward that he receives. He derives pleasure from his spiritual perfection, a sense of satisfaction that can be measured even in physical terms. The Ramban explains (Shemot 16:6) that this was the meaning of pleasure derived from the mann, which was a spiritual food: “For this reason, the mann tasted however they wished, for the soul, in its thoughts, clings to the higher elements and finds rest and derives appeasement before him.” Physical satisfaction is limited to the specific pleasure that the food or other item imparts. Spiritual good, however, is perfect and includes within it all possible tastes. However, in order to enjoy this pleasure, one must be involved in it. (As we all know, when one stops learning, he loses a sense of its sweetness.) Those who have perfected themselves spiritually enjoy the spiritual toil and derive pleasure from it. But those who have not been liberated from their desires feel a need to descend into those desires. This is what the Ramban means when he writes that the people “imposed” a desire upon themselves.

The people were pulled toward desire, then to meat, and then into complete gluttonous behavior, without any restraint. As Chazal teach, they wanted everything to be “free” – free from the mitzvot, to the extent that they cried “among their families” – because of the arayot that had been prohibited.

At Har Sinai and in the construction of the Mishkan, Bnei Yisrael were involved in a process of purification and rise in status as the chosen and holy nation, to the extent that even the chet ha’egel did not cause a significant impediment. The aron and the anan that travelled before them, which expressed the fact that their travels were guided by Hashem, should have filled their hearts with joy. After all, they were approaching the destination of their journey, the chosen land, with the goal of building the Mikdash and establishing the perfected society that had been promised to their ancestors. But they were not happy; they did not advance with excitement, as they should have. This is how the Ramban explains the sin of the mitoninim: “The pasuk states that they were “like complainers,” because they spoke out of bitterness, as do those who are in pain. This was evil in the eyes of Hashem because they should have followed after him in joy and gladness of heart, due to all the good that Hashem had given them. Instead, they acted as though they were compelled and forced against their will, complaining and whining about all matters. For this reason, the pasuk states, ‘Bnei Yisrael went back and cried.’ For their first sin was to complain about the lack of pleasures in the desert, and then they went back and did that sin again, and they did not learn from the message of the fire that consumed them.”

What was the reason for their lack of joy in their travels towards the fulfillment of their dreams and hopes? The Ramban explains this as well in his description of the manner in which the people left Har Sinai – like a child running away from school. The people felt a sense of freedom from the pressure of spiritual growth. Immediately after they followed after the aspirations of their bodies, they fell from their level, at which point all of the difficulties that they encountered began to bother them.

This type of descent into complete wantonness is more severe than any other sin. Every other sin is rooted in man’s failings, and as such it can be forgiven and atoned, but this failure is essential, as it reflects the person’s direction in life.1

It was at this point that Moshe threw up his hands. He had no common language with people whose aspirations could not be raised out of lowly pleasure seeking. To assist him, Moshe was given intermediaries who could serve as a bridge between the lowly nation and the lofty vision of Moshe.

Perhaps this explains why, shortly thereafter, Eldad and Meidad prophesized that Moshe would not enter into Eretz Yisrael.  Had he entered, the entry into the land would have been complete. All of the difficulties that the people would encounter in the future were rooted in this failure.

One who lives with an outlook of physicality cannot be satisfied by mann, a spiritual food. Bnei Yisrael feared that the moment that they were no longer on a high spiritual level, they would no longer be able to digest the mann, just as people who are very cultured enjoy gentle music and the like, whereas people on a low level demand more tangible pleasures.

This explains Chazal’s statement that this parsha will one day return to its proper place following the parsha of the flags. The natural continuation of the sanctity of the camp is the entry into the land and the revelation of the Shechina through the construction of the Mikdash. We must be careful upon leaving the Beit Midrash that we are not like children running away from school.


1 At Har Sinai, the ziknei Yisrael “saw Hashem and ate and drank,” but were not punished. Rashi explains there that they were punished at Taveira. Why weren’t they punished earlier, among those who sinned with the egel? It seems to me that although the egel was clearly a sin, the events at Taveira proved that the people were not on the appropriate level. As such, they were not worthy of the earlier revelation that they had experienced, and they were therefore punished for seeing more than they were worthy of. 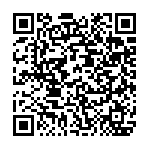