The story of Yaakov Avinu’s life presents a difficult question. After Yaakov received the brachot and his father’s recognition that he would be the one who would inherit the bracha of Avraham, we would have expected that it would be Yaakov who would remain in Eretz Yisrael, while Esav would be the one pushed aside. In the end, however, just the opposite occurred; it was Yaakov who had to flee. Indeed, Chazal compare Yaakov to an inadvertent murderer, who is punished with galut, reflecting that he was punished because Esav was pushed aside as a result of his actions. In the parshiot that follow, it does not appear that the brachot are fulfilled at all. Rashi writes that this was the intent of Yaakov when he reunited with Esav: “You need not be jealous because of the brachot, for they were not fulfilled in me.”

Many years later, this dynamic was evident in Jewish history, as ma’aseh avot siman lebanim. The gemara relates (Avoda Zara 11b) that a holiday was commemorated in Rome to celebrate the apparent victory of Esav over Yaakov, as the Roman rule attests to the fact that the brachot to Yaakov were not fulfilled. The gemara further relates (ibid. 8b) that the Romans originally made a treaty with the Chashmona’im and assisted them in their battle against the Greeks, but at a certain stage, they took over the land of Yehuda, claiming that the Jews had breached their part in the treaty. (The Romans, of course, were great “lovers of justice” who never did anything that was not legally justified…) They supported their take-over with the words of Yaakov to Esav, “Let my master pass before his servant” (Bereishit 33:14).

According to the Ramban (beginning of Parshat Vayishlach), Yaakov indeed acted inappropriately in sending messengers to Esav and acting submissively before them, and the future submission to Esav’s descendants was a punishment for this. In a similar manner, the Ramban maintains that Sarah sinned in mistreating Hagar, with the ramification that her descendants suffer at the hand of Yishmael until this day. At the same time, however, the Ramban himself explains that the malach told Hagar to return to Sarah as a remez to the fact that the children of Yishmael would be subservient to the children of Yitzchak. Sarah apparently wanted to make it clear to Hagar that her son would not be the one who would continue the path of Avraham, and it appears that Hashem agreed with her, in that He told Avraham to listen to Sarah’s suggestion to send Hagar away. In what way, then, did Sarah sin? It seems that her behavior was, in fact, appropriate.

It seems to me that the key to understanding all of this lies in the pasuk, “Your name will no longer be called Yaakov, but rather Yisrael, for you have battled against God and man and succeeded” (32:29). Rashi explains that this means that people will no longer say that you attained the brachot through trickery, but rather through overpowering.

The purpose of the success of the avot, and Yisrael after them, was to clarify and solidify the recognition of Hashem in the world. If they were to achieve success in a manner that did not reflect the way of Hashem, it would not serve this goal, just as a politician who is elected as a result of propaganda has not proven that he is the more worthy candidate. If Yaakov were to attain the bechora and the brachot through his talent in taking advantage of the situation, his success would not prove that he was the worthy continuation of the path of Avraham, but rather the opposite – that he succeeded as a result of his own talents. (In the words of the Prussian Kaiser, “God helps the one with the bigger army…”)

This idea is explained in the Kuzari (1:80-81): “For religions must undoubtedly begin not through individuals who strengthen themselves… The only things that will be established and become great in this manner are matters of logical practice, which originate in man, and when he succeeds he will say that he was helped by the Creator… But the practice that begins with the Creator develops instantaneously.” If the choice of Yisrael and its development as a nation were to have taken place through natural means, like any other historical development, it would not have included in it any divine element. If Yitzchak were to have been chosen as the main son simply because he was the son of the main wife, that would not have proven that he was the worthy successor. This would not have expressed Hashem’s will in the world.

Any result is built on its causes. In order for truth to be true, the path to attaining it must also be true. Thus, even though Hagar and Yishmael should indeed have been subservient to Sarah and her son – as reflected in the malach’s instruction for them to return to her) – since their expulsion took place through an expression of Sarah’s power, it did not reflect the right choice, but rather only that power. Similarly, Yaakov must prove that he is worthy of the brachot and the bechora by giving up the preferential treatment that he should have received as a result of them. He must live in galut under Lavan’s rule. The way in which he coped under those circumstances proved that he was indeed on that level, to the point that even Esav concurred, declaring, “My brother, may you have what you have” (33:9). Chazal tell us that this pasuk articulates Esav’s admission that the brachot belonged to Yaakov. It was precisely when Yaakov avoided fighting back, when he lowered himself before Esav, that he was successful in negating Esav’s anger. It was then that Esav was able to recognize that it was Yaakov who was deserving of the brachot.

Ma’aseh avot siman labanim. When we find ourselves in the hester panim of galut and continue to believe in our rights to the land and trust in the future rebuilding of the Beit HaMikdash and the reinstitution of Malchut Yisrael, not by demonstrating unnecessary force – which is essentially a result of despair and hopelessness – but by committing ourselves to limud Torah and lives of emuna, we prove ourselves worthy of being the successors of Yaakov Avinu. 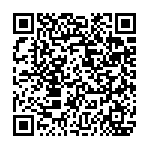