The parasha (11:26) relates that two men, Eldad and Medad, remained in the camp, and they prophesied there. What was their prophecy about? The gemara (Sanhedrin 17a) presents a number of alternatives. The first is that they said that Moshe would die and that Yehoshua would lead the Jewish nation into Israel. The second is that they prophesied about the quail, saying “arise quail, arise quail.” The third opinion is that they prophesied about the war of Gog and Magog at the end of time. What is the relationship between these prophets in the camp and the war of Gog and Magog?

I believe the answer to this question lies in the beginning of the parasha. There, the passuk relates that there was a gathering of people in the camp who recalled and desired the food they ate in Egypt. Moshe heard the people crying about this with their families at the entrances to their tents. The passuk notes that Hashem was very angry and that the event was evil in the eyes of Moshe. The commentators ask – what were the people really complaining about? After all, they had everything they could possibly want to eat! Chazal explain that they were seeking a pretext. The real reason they were crying was on account of the prohibition of illicit relationships. That is what the Torah means when it says “crying with their families,” i.e. about matters of family. This was the period after matan Torah and the dictums of these relationships were newly upon them. They were now forbidden from marrying their sisters and aunts. They were enjoined to carefully observe the laws of niddah. The gemara (Sanhedrin 63a) states – The Jewish people knew that idol worship had no substance, and they only engaged in the worship so as to permit themselves forbidden relations. Here, too, they used the complaint about food as a pretext to engage in forbidden relationships.

We see, then, that there is a deep connection between the war of Gog and Magog and the topic in our parasha of crying over forbidden relationships. In their prophecy, Eldad and Medad said – do not cry! The entire specialness of our nation depends on these woman and appropriate relationships. The merit of observance of family purity is what will cause the ultimate defeat of Gog and Magog. 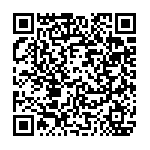