As Moshe Rabbenu escorts the twelve spies as they set out on their way, he adds a special blessing to his talmid: "And Moshe (re)named Hoshea the son of Nun Yehoshua." Masechet Sotah explains this: "May י-ה save you from the counsel of the spies."

Let us first state that we will attempt to portray the situation, and despite the fact that the details are drawn from our imagination, the essence is entirely compatible with a wide range of sources. It appears that even when Am Israel was in Egypt, there was tribal leadership, since at the time of the exodus we encounter heads of tribes from the leading families. It is possible that the head of the tribe of Efraim was Nun, the father of Yehoshua. When his firstborn son was born, he decided to name him Hoshea, expressing his overwhelming desire for redemption.(1) It was Nun's hope that his son would merit to redeem Israel from Egypt. When Yehoshua matured, he became the leader of the tribe of Efraim, the tribe which from the time of Yaakov Avinu received seniority in the leadership of Am Israel.(2) However, G-d designated Moshe to take Israel out of Egypt. Yehoshua Bin Nun, in his great modesty, offers himself as Moshe's arms-bearer. But Moshe, in his own modesty, treats Yehoshua as an equal, at least regarding the military leadership of Am Israel, as we read in the first appearance of Yehoshua in Parshat Beshalach (3) "And Moshe said to Yehoshua: Select us men and go out to fight  Amalek." For us, meaning we are equal.

A leader of Israel requires two seemingly contradictory qualities: a greatness of spirit which expresses itself in full confidence of his ability to lead, and conversely, humility which recognizes that everything comes from G-d's hand and that the leader is only His emissary to lead His nation. Yehoshua combined both of these qualities, and they are hinted at by his two names: Hoshea, who recognizes the value of himself, who can bring salvation, and Yehoshua who knows that G-d is the redeemer. Moshe's prayer and blessing: "May י-ה save you" alludes to the Yud of Yehoshua, which is connected to humility, as well as the Heh which alludes to self- confidence. Indeed, as Moshe suspected, the deficiency of these two qualities led the spies to their great sin. On one hand they revealed fear and uncertainty, as they said "since it is stronger than us." On the other, their haughtiness fueled their concern for their positions, as we learned in the Zohar (Shelach) that the spies feared that in Eretz Israel they will not continue to be the leaders.

Yehoshua went out to perform his mission and succeeded. But the failure of his companions and the rest of the nation brought on the terrible decree that they will all die in the desert, even upon Moshe, as we read in Parshat Devarim "G-d was angry also with me because of you, saying: you shall not come there." The one who was selected to succeed Moshe was Yehoshua Bin Nun. Perhaps the conclusion of Moshe's prayer on behalf of the nation "And now may the might of HaShem be magnified (yigdal)" can be explained as following: Moshe asks for the might of G-d to be increased with Am Israel's entering the Land (since he was concerned that the nations would say that G-d wasn't capable of bringing the nation to the Land). G-d's power was destined to be revealed by Yehoshua Bin Nun – and maybe this is the reason that the letter "Yud" of the word yigdal is written enlarged in every Sefer Torah. The Yud of Yehoshua's modesty is what makes Yehoshua worthy of leading Am Israel in the conquest of the land of their inheritance and in its settlement.

In our times as well, we direly need national leaders of this kind, who rely on our Father in Heaven, and are confident that in spite of the fact that "daloti" (I was brought low) "li yehoshiya" (He will redeem me). 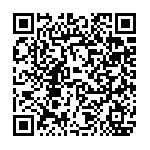