Eretz Yisrael -- In the Merit of Sacrifices

Eretz Yisrael takes a prominent role in this week's parsha:

To your offspring I will give this land. (Bereishit 12:7)

Arise, walk about the land through its length and breadth! For to you will I give it. (13:17)

In addition, there are three other places in which G-d's makes a covenant with Avraham about "the Land."

The same parsha that deals with the covenant between G-d and Avraham and his descendants deals at great length also with Eretz Yisrael, because Eretz Yisrael is a most important component in the fulfillment of this covenant.

When Avraham asked, "Whereby shall I know that I am to inherit it?" (15:8), G-d answered him, "Take to me three heifers, three goats," etc. (15:9) Chazal explain that the point of the answer was to say that Eretz Yisrael is connected to Am Yisrael in the merit of sacrifices. The commentators ponder, why did Avraham ask regarding the promise of the Land and not regarding the promise of children? They answer that Avraham did not ask for a sign, but wondered, in what merit will the Land belong to Yisrael? To this came the answer, "In the merit of sacrifices." We will try to understand the connection between sacrifices and Eretz Yisrael.

In Pirkei Avot (5:9) in says, "Exile comes upon the world for idolatry, incest and murder."

Regarding idolatry it says, "[Lest] you turn astray and serve gods of others ... and you will be swiftly banished from the goodly Land that Hashem gives you." (Devarim 11:16-17)

Regarding incest it says, "Let not the land disgorge you for having contaminated it." (Vayikra 18:28)

The Maharal explains that Eretz Yisrael has three names, "Eretz Hashem" (the Land of Hashem), "Eretz Hakodesh" (the Holy Land), and "Eretz Hachaim" (the Land of Life), which correspond to these three sins. While worshipping other gods it is impossible to exist in the Land that is called by G-d's name, and therefore exile comes on account of idolatry. Incest is the antithesis to holiness, and therefore it is impossible to exist in the Holy Land with incest. Finally, Eretz Yisrael is the Land of Life, and therefore murderers, who shorten life, have no existence there.

In Chazal's words, Eretz Yisrael is called "the navel of the earth." This teaches that just as the fetus is connected to his mother and nourished through the navel, so to it is impossible to connect to G-d in our world other then through the navel, Eretz Yisrael, for this Land is called, "the Sanctuary of Hashem." (Ramban and others) This is the Land that Hashem seeks out, "The eyes of Hashem, your G-d, are always upon it, from the beginning of the year until year's end." (Devarim 11:12), and it is "the Gate of Heaven."

Those who sin with the three sins mentioned above, work against the goal of bringing Israel close to G-d, a process in which the Land is an important component. Therefore they are exiled from the Land, since "Eretz Hashem," "Eretz Hakodesh," and "Eretz Hachaim" cannot stand sinners who are so antithetical to its nature.

Sacrifices are the expression of Yisrael's ability to draw close to G-d, as the Maharal writes, "Closeness and clinging to Him is the only true sacrifice." Because of this, in order to merit Eretz Yisrael, the place of closeness, there is a need for sacrifices. Only those who have this quality of drawing close through sacrifices will merit Eretz Yisrael, which is the place in which this closeness finds expression! 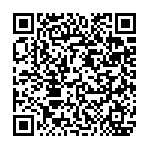