The Sin of the Spies

One of the most puzzling issues of the sin of the spies is the identity of the spies themselves. The Torah emphasizes that "they were all distinguished men; heads of Bnei Yisrael were they." (Bamidbar 13:3) Those spies were the leaders of the nation, and the question is: What happened that specifically such people stumbled in this serious sin?

The Zohar answers that the leaders figured that if Bnei Yisrael entered the Land, they would be replaced, and that Moshe would appoint other leaders. What emerges from the Zohar is that the leaders were concerned about their offices, and this is the reason that they stumbled and sinned. This explanation of the Zohar, though, seems to strengthen the question! How could the leaders reach such a level that for personal gain they rebelled against Hashem?

We first need to understand the basic difference between the generation of the desert and the generation that entered Eretz Yisrael. There is a Midrash on Parshat Kedoshim that compares Am Yisrael in the desert to a baby chick that constantly requires his mother. When he matures, his mother pushes him to fend for himself. The Midrash explains the parable:

So, too, when Israel were in the desert forty years the manna would fall, the well would rise for them, the slav-bird was available to them, the clouds of glory surrounded them, and the cloud pillar traveled before them. Once they entered Eretz Yisrael, Moshe said to them: Each and every one of you should take his hoe, go out to the field and plant trees. This is what it says, "When you come to the Land, and plant..."

This Midrash depicts for us the difference between the two generations. In the desert, Am Yisrael received all its needs without any effort or toil. They did not need to tend to any of their needs and they lived in a state "similar to the world to come." All this stood to change when they would enter the land. If they would want food, they would have to plant; water, they would have to dig; security, they would have to form an army; and so on.

At first glance, we might conclude that life in the desert were the pinnacle of perfection. However, the Midrash reveals to us that the generation of the desert was only a stage in development. The real goal was to live a life of Eretz Yisrael. G-d created us with the intention that we should live in this world, and live as part of this world. Our role is to introduce G-d's word into each and every area, and the most appropriate place for this is clearly Eretz Yisrael. Here in Eretz Yisrael it is possible to sense this through the agricultural mitzvot; we take the earth and sanctify it.

Based on this, we can answer what we asked. Precisely because they were leaders, they were afraid to enter the Land. As leaders, they felt responsibility for the benefit of the people. They were afraid that entering the Land would represent a step down from the spiritual level that they were accustomed to in the desert. From a pragmatic perspective, they were correct that their level of spirituality would go down, but they did not understand that our role in this world is to serve Hashem through the many difficulties that exist in the material world.

When it says in the Zohar that they would lose their office, they were not concerned about their personal good, but thought that a change in the way of life would require different leadership. They did not succeed in understanding that G-d wanted that they should prepare themselves for a new reality. The reason it that only one who received the necessary preparation needed in the desert, can succeed later in Eretz Yisrael. The proof for this is the success of Yehoshua b. Nun, who became the leader of Am Yisrael when they entered the Land.

Each and every generation needs to try to correct the sin of the spies. We live in a difficult time period, with dangers from within and without. We must believe that it is possible to deal with all the challenges, and not run away from them, since Eretz Yisrael is acquired through difficulties. When we approach reality through the Torah and belief, the work becomes much easier.

Just as Yehoshua and Calev did not give up, even though they were the minority, and they tried to persuade the rest of the people - we also must go in their footsteps.

May we merit spreading the true message of Eretz Yisrael - "Let us go up and conquer it, for we can surely do it!" 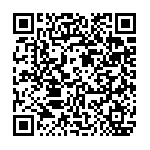