The Creation, Torah, and Kaddish

One of the many allusions that the Baal Haturim (in certain editions) finds in the fist pasuk of the Torah is the following:

Moreover, Chazal say in Sotah 49a: “On what [merit] does the world endure? On kedusha desidra (said in “Uva letzion”) and on “Amen, Yehei shemei rabbah.”

Thus, we find a connection and a relationship between the creation of the world, “Yehei shemei rabbah,” and Torah: The three of them have seven words and twenty-eight letters. Certainly there is significance to this similarity. Perhaps we can explain in the following manner, which will also allow us to weave the ending of the Torah with its beginning.

“That G-d created to do.” (Bereishit 2:3) G-d created the world ex nihilo, but the doing, the improvement and completion, we do – this obligation is incumbent upon Israel. The most important improvement, its root and its goal, is G-d’s Name, as it says in the war against Amalek, “For the Hand is on the Throne of G-d (kes Y-h): Hashem maintains a war against Amalek, from generation to generation.” G-d’s Name is not complete and the Throne is not complete until the descendents of Amalek will be eradicated. Rashi writes in the beginning of Brachot that this is the meaning of “Amen, Yehei shemei rabbah,” that the Name Y-h, which is now incomplete, will be complete (“Yehei shem Y-h, rabbah”).

This mission was placed upon Israel alone, and for this purpose they were given the Torah, which is permutations of G-d’s Name, as it says in the beginning of Haazinu, “When I call out the Name of Hashem, ascribe greatness to our G-d,” which is the source of the blessings over the Torah. Thus, we say in our davening, “Your great and sacred Name You have called upon us,” i.e., that You gave us the Torah.

G-d waits and expects us to act, as Chazal say on the pasuk, “Cherish Your handiwork” (Iyov 14:15), that G-d desires the service of Israel (Midrash Tanchuma Tetzaveh #1):

It is as if G-d says, “If Israel do not sanctify Me below, I am, as if, incapable of saving myself.”

The Beit Halevi writes in his sermons on the pasuk, “I shall descend with you to Egypt and I shall also surely bring you up” (Bereishit 46:4), that this is the greatest of all promises. The Divine Glory will be revealed in the world only through Israel, and so long that Israel are in exile, His Presence will also be there.

With this the Maharal explains the pasuk in Vezot Haberacha, “To Yosef he said: Blessed by Hashem is his land ... by the will of Him Who rested upon the thornbush.” (Devarim 33:16) Rashi explains: His land will be blessed with the favor and satisfaction of G-d, who revealed Himself first to me at the thornbush.” The Maharal writes that this is His greatest will, but does not explain. The idea is that at the thornbush G-d revealed the principle of “I am with him in distress.” (Tehillim 91:15) I.e., G-d bound Himself so tightly to the fate of Israel, so that whenever Israel are in exile, He is with them, and He will not exchange or substitute Israel with another nation. This is the great will of the Creator, that both of them – the Creation, and the raising of the Divine Presence from exile and the completion of His Name – should be accomplished only through Israel.

Therefore, the world exists in the merit of kedusha desidra, where it says, “You are holy, awaiting the praises of Israel,” unlike the kedusha in the bracha Yotzer and in shemone esrei, where we talk of the kedusha of the angels. They do not have the ability to accomplish in this world; only Israel have this ability. Therefore, the world exists only on account of kedusha desidra and on “Amen, Yehei shemei rabbah,” since Israel have the ability to comple the Name, as the Nefesh Hachaim writes on the pasuk, “Man became a living being.” (Bereishit 2:7) – of all the worlds. Everything is dependent on man, on Israel and its Torah. This is the basis of the well-known drasha about “the sixth day,” that everything depends on kabalat haTorah by Israel (on the sixth day of Sivan).

It is possible that this is the connection between the Creation, the Torah and “Amen, Yehei shemei rabbah,” which all contain seven words and twenty-eight letters. 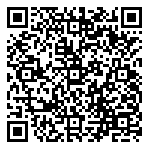