Moshe as the Correction of Noach

There are a number of places in our parsha which, according to Chazal, allude to Moshe Rabbeinu:

1. The Gemara (Chulin 139b) teaches: "Where is [there an allusion to] Moshe Rabbeinu in the Torah? Hashem said: My spirit shall not contend evermore concerning Man since ('beshagam') he is but flesh; his days shall be a hundred and twenty years." Beshagam is numerically equal to Moshe (=345), who lived one hundred and twenty years. This statement is astonishing, since the pasuk talks of the punishment of the generation of the flood (cf. Rashi). G-d said, My spirit shall not contend concerning man to extend My patience forever, since he is but flesh and nonetheless does not submit to me; therefore, I will extend My patience for 120 years - and if they will not repent, I will bring upon them the Flood. Thus, G-d delayed the fulfillment of the decree for 120 years in the merit of Moshe Rabbeinu, who lived 120 years.

3. In the Midrash on the pasuk, "Noach, the man of the earth, debased himself" (9:20), it says: "R. Berechya said: Moshe is more cherished than Noach. Noach, after being called 'a righteous man,' was called, 'man of the earth.' Moshe, after being called 'an Egyptian man' was called 'a man of G-d.'" (Bereishit Rabbah 37:3) The AR"I writes (Likutei Torah Ki-Tisa) on the pasuk, "If not, erase me now from Your book that You have written" (Shemot 32:32): "Noach was similar to Moshe, but did not pray on behalf of his generation, and therefore [Moshe] said, "mecheni" - "mei noach" (= 'the waters of Noach,' reordering the letters), because he [Noach] caused it, and therefore the Flood was attributed to him. But even though he did not pray on their behalf, still, in his merit they were granted 120 years, as the days of Moshe Rabbeinu, and this is [what it says,] "since ('beshagam') he is but flesh; his days shall be a hundred and twenty years." Moshe, afterwards, prayed on behalf [of Am Yisrael] to correct what [Noach] did wrong, and therefore said, "mecheini", meaning "erase me," as the waters of the Flood."

We see from the words of the AR"I that Moshe Rabbeinu came to correct the sin of Noach, and therefore the world was granted those 120 years. Thus, it says in the Zohar (Parshat Noach): When G-d said to Moshe, "and now desist from Me ... and I shall make you a great nation," Moshe immediately said, because of my good I shall forsake Israel and not pray for them?! Now all the people of the world will say that I killed Israel as Noach did, since when G-d said to Noach, "Come to the ark because of the Flood waters," he did not pray on their behalf, and they were lost from the world. Therefore, the Flood was attributed to him, as it says, "like the waters of Noach." (Yeshaya 54:9) Therefore, Moshe said: It is preferable that I die, so long that Israel should be saved.

All this indicates that Moshe corrected the fault of Noach, in that he was willing to sacrifice himself on behalf of Klal Yisrael, unlike Noach who saved himself and all the people of his generation were destroyed.

There is also an allusion to this in the pasuk, "for it is you that I have seen to be righteous before Me in this (hazeh) generation." (7:1) The numerical value of hazeh is seventeen, since there were seventeen generations from Noach until Moshe (ten generations until Avraham, and seven generations until Moshe). It also says, "She saw that he was good (tov)" (Shemot 2:2) - the numerical value of tov is also seventeen. Thus, Chazal say: "The decree was issued even against Noach, but he found favor in the eyes of Hashem, as it says, 'but Noach found favor in the eyes of Hashem.'" (Sanhedrin 108b) Since Moshe was the rectification of Noach, Noach was saved in the merit of Moshe Rabbeinu, for he prayed on behalf of Am Yisrael at the sin of the golden calf.

This is also the difference between Avraham Avinu and Noach. Regarding Noach it says, "Noach walked with G-d" (6:9), whereas regarding Avraham it says, "Walk before Me and be perfect." (17:1) Avraham was concerned about his generation, as it says, "The lives that they made in Charan" (12:5) - Avraham would convert the men and Sarah would convert the women. Therefore, the Torah promises, "Walk before me and be perfect" - even though he is dedicated to raising the masses spiritually, he will remain in his perfection: "Because one who raises the masses spiritually, the merit of the masses protect him. Not only will he not be harmed by this, but he will rise higher and remain wholehearted and righteous." 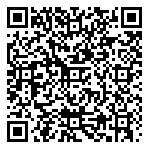