"Yosef harnessed his chariot, and went up to meet Yisrael, his father, to Goshen. He appeared before him, fell on his neck, and he wept on his neck excessively." (Bereishit 46:29) Yaakov, however, neither fell on Yosef's neck nor kissed him. Our Rabbis explain that [this was because] he was reciting K'riat Shema. (Rashi, ibid.).

The Ba'alei Mussar ask, what led Yaakov to recite K'riat Shema specifically at this emotional moment? They explain that he used this opportunity to collect the intense feelings of love that he felt toward Yosef at that moment, and to sanctify them towards the love of the Creator.

There is, however, an additional, deeper meaning. To Yaakov, Yosef's disappearance was more than the loss of a beloved son. To him, the fate of the entire family and nation was at stake. In each one of the Avot there existed a flaw, which found expression in one of his sons, resulting in the separation of that son from the sanctity of Israel, and his choice of a different path. Avraham produced Yishmael, and Yitzchak produced Esav. The question that tormented Yaakov was whether the struggle between Yosef and his brothers was a continuation of this pattern of struggle between brothers, which would result in division and rift? Or, was this struggle the expression of different positions and approaches within one nation, as a body comprised of many limbs, as Chazal state, "Yaakov bed was complete, with no flaw?"

A hint at Yaakov's fear is found in the Midrash pertaining to Yaakov's exile to Charan (Bereishit Rabbah 68:13):

"He took from the stones of the place." (Bereishit 28:11) Rabbi Yehuda says: Yaakov took twelve stones, saying, "Hakadosh Baruch Hu has decreed that He will establish twelve tribes. Avraham did not establish them. Yitzchak did not establish them. I, if these stones connect to each other, I know that I will establish them ... The Rabbis say: ... [Yaakov took two stones and said], "Avraham produced Yishma'el and all the sons of Ketura. Yitzchak produced Esav and all his chiefs. I, if these two stones unite, I know that no flaw will come from me."

For twenty-two years, Yaakov lived with the fear that perhaps he too was flawed, and would be subject to the same fate as his fathers. Now, however, with the reconciliation of his sons, it became clear that there would be no further rift within Am Yisrael. The twelve tribes are certainly separate limbs, but together comprise one whole body, and thus go to Egypt "beshiv'im nefesh" ["nefesh" is singular], as seventy people with one, united soul.

This theme is repeated when Yaakov blesses his sons, as related in Pesachim (56a):

Yaakov desired to reveal the end of days to his sons, but the Divine Presence was removed from him. He said, "Perhaps there is some flaw in me, like Avraham, who produced Yishmael, or my father, Yitzchak, who produced Esav." His sons responded by declaring, "'Shema Yisrael' . . . Just as in your heart there is only One, so too in ours there is only One ("echad")."

The Maharal explains that the word "echad" hints at the variety and unity found simultaneously within the tribes. Alef [one] refers to Yaakov; Chet [eight] to the sons of the mothers, Rachel and Leah; and Dalet [four] to the sons of the maidservants, Bilha and Zilpa. Together they are "echad," one unit comprised of diverse forces and approaches.

It is impossible to expect redemption without unity. This was Yaakov's testament to his sons, "Hei'asfu - Assemble yourselves!" (49:1) Chazal interpret this in reference to internal conflict. Yaakov commanded his sons to be united, and thus prepared for the redemption. Alternatively, "hei'asfu" is a term for death. Yaakov told his sons that there must be no conflict, for that would lead to the spilling of blood, as Chazal have said "A synagogue or house in which there is conflict is destined to be destroyed."

"Gather yourselves and listen, O sons of Yaakov." (49:2) Although I do not know when the ultimate day of judgment will be, I will tell you that when you assemble and gather together, you shall be redeemed. (Agadat Bereishit) 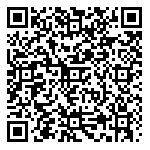