On the pasuk in this week's parsha: "A new king arose over Egypt, who did not know Yosef" (Shemot 1:8), it says in the Midrash (Shemot Rabbah 1:8):

The Yefe Toar writes in explanation of this Midrash: "At first, he denied the good that Yosef did for him, and afterwards he deteriorated in his evil to the lowest depths, for he denied Hashem and even was cruel towards a low and shattered nation." We see that the end of a sinful person who does not have gratitude to his friend is that he will refuse to have gratitude to G-d for the good that He grants him. Similarly, in the Midrash Hagadol (cited in Torah Sheleimah) it says: "Whoever denies the good of his friend, in the end will deny G-d's good."

R. Yonatan Eibshutz writes in his work, Ya'arot Dvash, that the root of all negative traits is ingratitude, and therefore, "One who is careful not to be ungracious will not sin easily." This is because a person should not be able to go against the word of G-d, who gives him life, food, and sustenance daily, and benefits man his entire life. Thus, one who sins is because of his ingratitude. Based on this, we understand why the first sin in the Torah is rooted in ingratitude, as we find in Bereishit (3:1), where we find two sins. The first is that of the snake, whom Hashem had appointed over all the animals, gave him the ability of speech, and the snake walked upright, yet the snake went ahead and was ungrateful to G-d in persuading Chava to eat from the Tree of Knowledge. The second sinner in that same story was Adam Harishon, when he said: "The woman that You gave me – she gave me from the tree and I ate." (3:12) Therefore, he "earned" to be the first to be called "ungrateful," as the Gemara says in Avoda Zara (5b), as Rashi explains: "[Adam's retort] is an insult; he blames the curse on G-d's gift, and He made her for him as a helper."

Based on all this, we can understand the words of the Gemara Bava Kama (16b), "One who does not bow down at Modim – his spine becomes a snake." I.e., one who intentionally and brazenly shows to all that he is ungrateful, and when he reaches the blessing of gratitude to Hashem for His miracles and goodness does not bow down before Him, blessed be He, his spine becomes a snake – who was the first to sin regarding gratitude and was ungrateful to Hashem. It is possible that his sin was even greater than that of Adam, since he was ungrateful to Hashem after all the good that Hashem bestowed upon him, and the greatness that He granted him. Now, based on what the Ya'arot Devash writes in the continuation: "In truth, this trait to be ungrateful is also a branch of the trait of haughtiness," we understand the punishment of the snake, "You shall crawl on your belly." It is as if he lowers his haughtiness and voids the privilege that he received from G-d to walk upright, but abused it for the trait of haughtiness, and thereby sinned with ingratitude.

Rav Soloveitchik zt"l explains that because of this we say in the Shabbat morning prayers, in Nishmat kol chai, "Who is lauded berov (with most) praises," and not, "bechol (with all) praises." In truth, we should not have to thank or show appreciation or gratitude to anyone in the world, even to one who now granted us great kindness. It is obvious that he did this good because we helped him in the past, we gave him something, or simply because we deserved it, as the Gemara in Megillah (26b) says, "If he had not received some benefit from him – he would not have given him [the gift]." However, the Gemara in Bava Metzia (92b) writes, "The wine is the owner's, and the thanks are given to the waiter." I.e., the wine belongs to the king, but those who drink thank the waiter, because this is common courtesy to say thank you and express gratitude to that waiter who serves the wine, since if we don't show gratitude to the one who serves us the goodness, we will come in the end to be ungrateful to the owner.

Because of this we must thank and show gratitude to everyone who does good to us, despite the fact that he also derives benefit from us, since if we do not train ourselves to thank him – we will come to be ungrateful to G-d. (As the Midrash we cited earlier, "Whoever is ungrateful to his friend, in the end will be ungrateful to G-d.") Because of this we are careful to say, "Who is lauded with most praises," and to thank G-d only for most of the good that he does with us and not all, because we need to reserve some feelings of gratitude to those people who are His agents and do us those goods.

This is also the rationale of Rav Papa in the Gemara Berachot (59b) to say both versions, "with rov praises," and also, "with kol praises," since really we should thank and be grateful only to Hashem, who is responsible for all the good that occurs to us each and every day, hour, and minute. On the other hand, in order to train ourselves to thank Him, we need to reduce a little in expressing gratitude to Him and leave it for people.

The great importance of imbuing gratitude in our hearts appears also in the work of Rav Dessler zt"l, Michtav M'Eliyahu, where he writes that all of a person's traits are affected by emotion and not only by logic. Because of this we must be grateful also to inanimate objects that we benefit from, because if not – that feeling of the recipient who naturally gives to others will be harmed. We know that harm to this feeling is tantamount to direct harm to the feeling of gratitude. 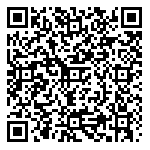