The Power of Prayer in Times of Trouble

Sefer Shemot begins with a description of Israel's exile in Egypt. As we continue to read the parsha, the exile becomes more and more difficult. Finally, at the end of ch. 2, the light at the end of the tunnel begins to appear, as it says, "G-d heard their moaning, and G-d remembered His covenant ... G-d saw Bnei Yisrael; and G-d knew." (Shemot 2:24-25)

What brought about this turnaround that we waited so long for? The Ramban writes: "Even though the set time that was decreed upon them was over, they were not worthy of being redeemed ... However, on account of their crying out, He accepted their prayers with his mercy." This is explicit in the portion of mikra bikkurim in Sefer Devarim, "Then we cried out to Hashem ... and Hashem heard out voice." (26:7) We note that prayer is called here "crying out" and "moaning," since when a person is in peace and tranquility he can turn to G-d with a quiet and orderly prayer. However, at times of trouble and affliction he calls out from the depths of his heart, and all of his bones call to Hashem to have mercy on him and save him.

Yet, is this completely perfect prayer? R. Bachya suggests on our parsha (Shemot 2:23, s.v. vata'al shav'atam) that there is special value to prayer and crying out from affliction, more than regular and normal prayer. He writes:

The Torah mentions twice, from the work: "Bnei Yisrael groaned because of the work," "Their outcry because of the work went up to Hashem." This teaches that a person's prayer is not as perfect as that which he prays out of trouble and oppression, which is more accepted, and it that which rises before Him. Similarly, we find regarding the prophet Yonah a"h, who explained this idea and said, "When my soul is faint within me, I remembered Hashem; My prayer came to You, to Your Holy Temple." (Yonah 2:8) The prophet promised that the prayer which is out of sorrow and a faint soul is what goes in before Him to His holy Sanctuary.

The Rambam's opinion (Sefer Hamitzvot, #5) is well-known, that there is a positive command to pray daily, as it says, "You shall worship Hashem, your G-d," and it further says, "Him you shall worship." Chazal explain that worship in the heart is prayer. However, in Hil. Ta'aniot (1:1), the Rambam writes that in addition to the daily mitzvah to pray, there is an additional mitzvah to pray in times of trouble:

It is a positive command from the Torah to cry out and to sound with trumpets for any trouble that comes upon the community, as it says, "Against an enemy who oppresses you, you shall sound short blasts of trumpets." I.e., anything that oppresses you, such as drought, plague, locust, etc., cry out and sound blasts about them.

The Rambam adds that this is amongst the ways of repentance. When trouble comes, and people cry out and blow, everyone will know that the trouble is on account of their bad deeds, as it says, "Your sins have overturned these." (Yirmiya 25:5) This will cause to remove the trouble from them.

Even the Ramban, who argues on the Rambam in Sefer Hamitzvot and maintains that prayer is only a mitzvah miderabanan, adds that this is the meaning of Chazal's comment in Sifrei: "To worship him – this is prayer." Included in worship is that we should learn His Torah and pray to Him in times of trouble and our eyes and hearts should be to Him like the eyes of slaves to their master's hands. This is as Shlomo explained at the dedication of the Temple, "If the heavens be restrained and there be no rain ... If there be a famine in the land, if there be a pestilence ... if Israel's enemy oppresses it in the land ... for any prayer and any supplication that any person of Your entire people Israel may have ... when he spreads out his hands [in prayer] towards this Temple." (Melachim I 8:35-38)

Let us conclude with the words of Rabbeinu Bachya, who writes (in continuation of the above): 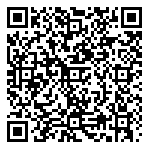