Do not Cook a Kid in its Mother's Milk

Many reasons are given for the prohibition of meat and milk, both in the revealed and the Kabalistic teachings. (See Torah Sheleimah vol. 19, addendum #21.) A novel explanation is offered by Rav Kook zt"l, as part of his comprehensive essay on vegetarianism. Eating meat is not something that was permitted to man without difficulty, since it borders on the killing of a living being. Adam was permitted to eat meat. (Sanhedrin 59b) In the future, once again, meat will be prohibited to man, and even "the lion, like cattle, will eat hay." (Yeshaya 11:7) Mankind's decline, after the sin of the Flood, is was brought with it the allowance to eat meat. When Noach left the Ark, he was told, "Every moving thing that lives shall be food for you; like the green herbage I have given you everything." (Bereishit 9:3) This is out of recognition that in man's current level he cannot uphold such a high moral demand.

However, this allowance to eat meat is not whole-hearted, and between the lines of the Torah we hear a hidden rebuke: "for you will have a desire to eat meat, to your heart's entire desire you may eat meat." (Devarim 12:20) Only because man is incapable of overcoming his desires does the Torah permit the killing of animals, in order to appease man's desire.

This is the moral value of the Torah, which knows to sometimes forego pure ethics for a limited time, in order to gather strength for the complete victory of the future. Had the Torah prohibited the killing of animals, man would not be able to observe this prohibition, due to his moral decline. When he would kill in his desire to eat meat, he would no longer differentiate between man and animal. "The knife, ax, guillotine or electric current, would pass over all as one, in order to fill the gluttonous stomach of cultured mankind." Now, that the prohibition was waived, a barrier is formed between man and animal, and mankind knows that an animal, because of its low level, is allowed for the needs of man. However, G-d forbid to extrapolate from this to harm man, who is on a higher level.

Nonetheless, the Torah directs us how to eat meat, with steps that lead to the ultimate goal of the future, when man will recognize the injustice done to the animals. For example, the mitzvah of covering the blood, which applies to wild animals and fowl, teaches us that the person who slaughters should recognize the shameful nature of what was done, and therefore he must cover the blood as an expression of embarrassment. This action is the first step toward Teshuva and correction. However, this action is required only for wild animals and fowl, which are hunted outside and are not part man's household, whereas regarding domesticated animals, which are members of his household, it is not possible to demand of man to recognize in the slaughter of his animal a crime, since he dealt with the animal with dedication until the end of its days. On the other hand, eating the cheilev (prohibited fats) of a domesticated animal is prohibited, to indicate that even if its meat was allowed, this is for the needs of man's existence, but not for the pleasure of its fat, which is a kind of luxury. However, the cheilev of wild animals and fowl is allowed, to underscore the disdain even of the meat itself, and not only of the fat.

Just as there is a element of "Do not murder" in the killing of an animal, so, too, there is an element of "Do not steal" in usurping its milk, since the milk is intended for the animal's young to drink, "so that it should enjoy of its mother's breast. It was not created just to stuff your stomach with it, with your being so hard and cruel to the point of eating meat in milk." There is a moral charge against man – "Have you murdered and also inherited?!" Have you eaten both the meat of the kid, and its possession, the milk?!

This is also the prohibition of sha'atnez, "wool and linen together," since wool is the possession of the sheep, whereas the linen a plant. The use of them together indicates that man does not know to differentiate between the soul of the living and the plant. Therefore, the Torah prohibited using them both in one item, in order to say: Plants are for man to use freely, but not animals, whose use is limited.

Only in one place does the entire Creation join equally, and that is the Temple. There every type contributes its share in the service of G-d, and therefore the priestly garments in the Temple are made specifically of wool and linen together. 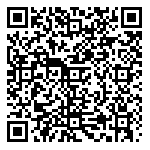