The Golden Calf and the Para Aduma

The Golden Calf and the Para Aduma

It was commonly taught in Kerem B'Yavneh, by the Roshei Yeshiva, that sin is rooted in a selfish, separatist desire. The sinner, in addition to fulfilling his desires, creates a situation in which he is separate from society, as it says, "One who courts lust will separate himself." (Mishlei 18:1) This is the reason for joining with the community on the Yamim Noraim and to be communally minded.

On the other hand, when analyzing para aduma, it becomes clear that the process of purification is completely individualistic. Yet the Midrash says:

"May my heart be perfect in your statutes, so that I not be ashamed." (Tehillim 119:80) - The verse is speaking of two statutes: the statute of Pesach and the statute of para, and you do not know which statute is greater than the other? This is comparable to two similar noblewoman who are walking together - they seem equal. Who is greater than the other? The one whose friend accompanies her to her home and follows her. So, too, with Pesach and para, who is greater than whom? The para that is needed by those who eat the Pesach sacrifice.

Rav Soloveichik explains this Midrash as follows. The para represents the individualistic process of atonement for a person who fails and sins. In contrast, Pesach is the process of the "tzibbur," and is eaten as a group as part of Klal Yisrael. This teaches that para sometimes gives importance to the individual person as the one who purifies and who serves as the basis for a purer community; sometimes separation strengthens. This is because the community, on the one hand, provides strength, but also serves as a cover for sin that an individual would not have dared to do alone.

The sin of the egel was an outgrowth of the separation of Moshe Rabbeinu and Klal Yisrael, which sinned as a group. It is possible that they would not have dared to sin with such a grave sin, were it not for the public display of, "This is your god, Israel, who raised you out of the land of Egypt." (Shemot 32:8) This gave strength to the community to sin in such a grave manner. Therefore, para comes and forms an individualistic process of purification, because it is the correction for the times that the community allows itself to sin, such as the sin of the golden calf.

Yosef is characterized by the ox: "A sovereignty is his ox-like one." (Devarim 33:17) Yosef's strength was in his being alone and separate from the group, from his family, from his land. From his place he managed to fend off waves of trials that sought to overcome him. His sole stand with great character against sin is compared to an ox, whose horns are like those of a re'em. A community that sins under the cover of, "I am not alone," sins with the egel. The atonement for this community is that each one leave the group for the purpose of purification through the para aduma, and enter the Klal of Pesach strengthened and purified as a group, and then, "The Eternal of Israel, will not lie." (Shmuel I 15:29) 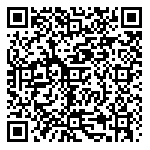