The ten curtains of the Mishkan were attached in a special manner. They did not sew the ten curtains into one large one, nor did they leave any two curtains separate, as it says (Shemot 36:10-13):

The Sforno explains that when the curtains were spread out on the Mishkan, the place where the two sets of curtains were connected with the clasps was directly above the Parochet, which separated between the holy and holy-of-holies. This manner of attachment -- not through sewing, yet no two separate, but rather connection with clasps -- comes to teach that, on the one hand, the holy connects with the holy-of-holies -- "the Mishkan became one." Yet, on the other hand, they did not spread one curtain on the entire Mishkan, to indicate that the holy and holy-of-holies are not one level, but are distinct.

This idea has a deep meaning. There are those who focus on the spiritual realm alone, disregarding material needs. There are also those who submerse themselves in the pleasures of the physical world, and seek to negate spirituality, which, in their opinion, contradicts materialism. The truth is that G-d is one: "The Creator of all is He." So, too, Israel: "One nation in the land," and unity is the basis of its worldview. Israel knows that the mundane, holy, and holy-of-holies are, indeed, distinct in their levels, but they are not detached one from another. The soul is above the body, but connected to it, and needs it, just as every spiritual matter requires a material container.

It says in the Zohar that the Divine Presence does not dwell in a place that is lacking. Therefore, the Mishkan, the dwelling of the Divine Presence, has to unify all the separate elements. Thus, all the various level of holiness are united in it, yet, at the same time, the different levels are recognizable. "Differentiation is not separation," and the definition of the various levels does not necessarily lead to a separation between them.

The Kabbalists compare this relationship to that of the sanctity of Shabbat and Yom Kippur. Shabbat is more sacred than Yom Kippur, since one who desecrates Shabbat is sentenced with stoning, whereas one who desecrates Yom Kippur is punished with karet. Nonetheless, it is a mitzvah to enjoy the Shabbat with food and material things, and on Yom Kippur, whose sanctity is less, there is a mitzvah of affliction. This teaches that self-affliction is not the ideal, only once a year in order to atone for sins, but rather the primary mitzvah is to sanctify the physical life. Thus it says in Parshat Mishpatim, "You shall be holy people to Me." (Shemot 22:30) The Kotzker Rebbe comments that G-d does not lack angels and seraphim, but rather He wants that there be holy people, who live in a mundane world, but are holy.

Thus, G-d Himself commands, "They shall make a Sanctuary for Me -- so that I may dwell among them." (Shemot 25:8) G-d desired that He have a dwelling specifically in the material world. 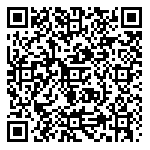