The Rationale of Sacrifices

After Sefer Shemot concludes with the construction of the mishkan and the dwelling of the Divine Presence in it, Sefer Vayikra opens with the sacrificial service in the mishkan. The Rishonim dispute the rationale of sacrifices:

The Rambam, in Moreh Nevuchim, explains that the sacrificial service comes to draw man away from idolatry. The Torah took man's nature into account, and since common practice then was to sacrifice on altars to the gods, the Torah did not want to detach Israel entirely from this service. "That would have been as if a prophet were to come in our time, who would call for the service of Hashem and say: "G-d commanded you not to pray to him, not to fast, and not to ask his salvation in times of trouble." Therefore, the Divine wisdom retained the form of service that they were accustomed to, and moved it to the service of G-d.

The Rambam brings proof to this from the pasuk in Parshat Beshalach, "G-d did not lead them by the way of the Philistines ... for G-d said, 'Perhaps the people will reconsider when they see a war and they will return to Egypt.'" (Shemot 13:17) G-d was concerned there that Bnei Yisrael were not yet accustomed to act as free men. Here, too, he did not forbid them from offering sacrifices, until they would be detached entirely from idolatry. In short: There is no inherent value to the sacrificial service, but rather it is a means to distance the people from idolatry. Thus, we find in many of the Prophets that there is no inherent purpose in sacrifices, but instead they say: "Does Hashem delight in elevation-offerings and feast-offerings as in obedience to the voice of Hashem?" (Shmuel I 15:22) "'Why do I need your numerous sacrifices?' says Hashem." (Yeshaya 1:11)

The Ramban objects strongly to the Rambam's view, since according to him the entire idea of sacrifices is only, "to counter the wicked and foolish [people] of the world," whereas the Torah says that they have a "pleasing fragrance." He also asks from the sacrifices that Hevel and Noach offered, even before there was idolatry in the world. Rather, the Ramban writes that it is more logical that all the actions in a sacrifice indicate that man deserves to have all of these actions done to him:

He sinned to his G-d with his body and soul, and he deserves that his blood be spilled and his body be burned, were it not for the mercy of the Creator who took from him a substitute. This sacrifice atones, so that its blood should be in lieu of his blood, a soul in lieu of a soul, etc.

However, the Ramban concludes that while this fits well in an Aggadic manner, in the Kabalistic approach, "there is a hidden secret to sacrifices" The Meshech Chochmah, in his introduction to Sefer Vayikra explains that "it is to draw close all the forces of the worlds. It is something electric, spiritual, which, through the actions of the priest, do wonders in the various worlds."

The Meshech Chochmah further explains that, in fact, there is no dispute between the Ramban and the Rambam. The Rambam talks about sacrifices on an altar, which are truly to wean from idolatry, while the Ramban talks about sacrifices in the Temple, which have inherent worth, and about them it says that they have a "pleasing fragrance." These are the sacrifices that Noach and Hevel offered, and even the Rambam agrees to this. He explains with this the reason why it is forbidden to offer on an altar after the destruction of the Temple. This is because then the desire for idolatry no longer exists, and therefore there is no reason to sacrifice on an altar.

Perhaps we can bring proof to his suggestion that the Rambam does not negate the Ramban's words that there is inherent rationale for sacrifices. The Rambam writes in Hil. Me'ilah (8:8) as follows: "All of the sacrifices are in the class of chukim (decrees). Chazal said that the world exists for the service of sacrifices." 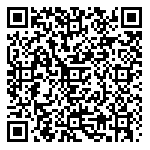