The Obligation to Publicize a Miracle

The korban todah (thanksgiving-offering) appears in this week's parsha (Vayikra 7:10-11):

The uniqueness of the korban todah is in its complexity.

A. The Torah states, "If he shall offer it," indicating that it is elective; it is dependent on your will. If you want to -- bring a thanksgiving offering. On the other hand, the Gemara says, "Four are required to offer thanks: seafarers, desert travelers, prisoners [who were released], and a sick person who recovered, as it says, 'Let them give thanks to Hashem for His kindness, and His wonders to the children of man.'" (Tehillim 107:21) If so, it is mandatory, not optional!

The answer is that the korban todah is, indeed, mandatory, but it must be brought with a recognition of the need to thank Hashem for the miracle. Although the Torah obligates you to bring a korban todah, you must bring it of your own will -- an obligation that is elective!

B. A second complexity exists in this offering. The korban todah is called by the Torah a korban shelamim (peace-offering): "This is the law of the feast peace-offering ... If he shall offer it as a thanksgiving-offering..." All of the peace-offerings are kodoshim kalim, which are eaten for two days and a night. However, the korban todah is eaten only for one day and the following night, like kodshei kodoshim (such as a sin-offering), which are eaten for a day and a night alone. How come the time of eating the korban todah was reduced to a day and a night, since the Torah considers it to be a korban shelamim, which has the law of kodoshim kalim?

C. An additional enigma exists regarding this korban. In addition to the sacrifice itself, the Torah requires to add three kinds of matzoh and one kind of bread, ten loaves of each (as explained in Masechet Menachot). Thus, the Torah adds to the eating of the sacrifice, while cutting down on the time to eat it. This requires explanation!

The Sforno relates to these issues and writes, "By having a lot of bread, the miracle will be publicized to the many eaters, and all [i.e., the sacrifice and loaves] are eaten in the time frame of kodshei kodoshim, which is a day and a night." He is attempting to answer our question. The limitation in the time of eating, despite the additional loaves of the korban, is intended to gather a greater crowd, which will be able to eat all that needs to be eaten in a relatively short time, and thereby avoid the prohibition of "notar."

The Netziv, in his commentary to the Torah, Ha'amek Davar, follows in the footsteps of the Sforno, and writes, "For this reason the Torah added loaves and limited the time of eating the todah relative to all other Shelamim. This is so that he will invite many friends for a single meal on the day of the sacrifice, so that telling of the miracle will be before many people." What emerges from their explanation is that the point of korban todah does not conclude with the sacrifice itself, but rather there is a special point to publicize the miracle, and the more participants that there are to the meal -- the more the miracle will be publicized.

Based on this, the Netziv adds, in Harchev Davar, an explanation of the mizmor said in Hallel (Tehillim 116:17-18):

To You I will sacrifice a thanksgiving-offering, and the Name of Hashem I will invoke.

My vows to Hashem I will pay, in the presence of His entire people.

In the courtyards of the House of Hashem, in your midst, O Yerushalayim, Halleluyah!

What is the meaning of the statement that he will pay his vow "in the presence of His entire people?" G-d demands that man be modest in all his ways! Furthermore, the conclusion "in your midst, O Yerushalayim," is difficult, since "the courtyards of the House of Hashem" is already in Yerushalayim? After designating the holy places, how does he conclude with Yerushalayim in general?!

Rather, there are two issues here:

"To You I will sacrifice a thanksgiving offering" -- this refers to the korban.

"The Name of Hashem I will invoke" -- refers to the call of thanks to Hashem for the miracle.

About the sacrifice he explains, "My vows to Hashem I will pay,"

while about the thanks in G-d's Name he says, "in presence of His entire people." In front of the multitudes that will eat the todah with him he will tell of the might of the fortunate Hashgacha that was with him.

He further says about the sacrifice, "In the courtyards of the House of Hashem,"

and about the call of thanks, "In your midst, O Yerushalayim" -- at the time of eating.

This interpretation is most enlightening!

Thus, we see that there is a special mitzvah to publicize the miracle in multitudes, and perhaps this is the Biblical source for the concept of "pirsumei nisa." 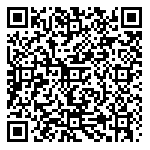