Proclaim Freedom throughout the Land

We say in the Hagaddah on Pesach, "Had G-d not taken our ancestors out of Egypt, we and our children and grandchildren would be subjugated to Pharaoh in Egypt." The obvious question is, even if G-d had not taken out our ancestors in that generation, He could have taken out their children or grandchildren, and then we would not be subjugated to Pharaoh?!

The Maharal provides the parable of a person who rescued his friend from a burning house, and afterwards the one who was rescued married and had children. We would not say that the children were saved by the rescuer, since he saved only the father, whereas the birth of the children is incidental and does not relate to the rescue of the father. However, this is not the case regarding the exodus of Am Yisrael from Egypt! While it is possible for any nation to leave servitude, the exodus of Yisrael was not merely the redemption of that generation, which has resulted in us no longer being slaves. Rather, G-d "intended for all generations," and in this way He stamped Am Yisrael with the seal of freedom for all its generations, and from the time of Yetziat Mitzrayim and on there cannot be servitude in Am Yisrael. This type of rescue which extends for all the generations of Yisrael can only be performed by G-d.

Based on this, we should read the sentence above from the Hagaddah with a different emphasis: "Had G-d not taken our ancestors out of Egypt," but we would have left through our own abilities, like any other nation that rebels against its oppressor, we would be slaves to this day. However, because G-d took us out, He stamped a seal of freedom on all the generations, and so even we are free men eternally. This is what the Torah says in our parsha (Vayikra 25:42), "For they are My servants, whom I have taken out of the land of Egypt; they shall not be sold in the manner of a slave." The existence of slavery of Am Yisrael is not possible!

A Jew who sells himself as a slave and does not want to go free, even after six years, removes from himself the title, "ben Yisrael." R. Bachya notes that it does not say, "If you buy a Yisrael slave," but rather, "a Hebrew slave." (Shemot 21:2) Through this word choice, the Torah seeks to relate him to the very same state of the Jews in Egypt before Matan Torah, when they were still slaves and G-d was called, "the G-d of the Hebrews."

Based on this, R. Bachya explains why the pierced slave is brought specifically to the door and doorpost, since the symbol of the exodus to freedom was the blood on the doorposts of the door. One who returns himself to the state of slavery out of his own desire -- "I love my master" -- should be pierced on the door, and the blood from his earlobe should be sprinkled on the doorposts, just as at the time of the exodus to freedom they put blood on the doorposts. This is to show that the slave is coming to add, on his own initiative, years of slavery, in addition to the four hundred years that were declared on Am Yisrael.

"When you take the people out of Egypt, You will serve G-d on this mountain." (Shemot 3:12) The freedom of a Jew is through his service of G-d: "Servants of time are truly slaves; a servant of G-d is the only free man." Since the character of freedom is a trait ingrained in each and every Jew, therefore slavery is not eternal, and even the pierced slave who likes slavery goes out to freedom in the Jubilee year, "You shall proclaim freedom throughout the land for all its inhabitants." (Vayikra 25:10) 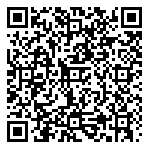