"When you kindle the lamps, toward the face of the Menorah shall the seven lamps cast light." (Bamidbar 8:2) The mitzvah of kindling the menorah was previously mentioned in Parshat Tetzaveh and Parshat Emor. According to the explanation of the Sforno, however, our parsha is not merely a repetition of this mitzvah. Rather, it gives new meaning to the branches of the menorah, and comes to elucidate the essence of the mitzvah.

There are seven branches to the menorah: three to the right, three to the left, and a center lamp. These branches represent the inner division within the Nation of Israel and the relationship between them. The three branches on the right symbolize those who pursue spiritual endeavors, namely "one whose spirit motivates him and whose intellect directs him to distinguish himself to stand before G-d to serve Him, who walks straight as G-d created him, and he removes from his neck the yoke of the many calculations which people seek." (Rambam: Hilchot Shemita Veyovel 13:13)

In contrast to them, the three lamps on the left represent those who are active in this transitory world, who plow at the time of plowing and reap during the season of reaping. Yet, all six are able to coexist because they face the center lamp, as the Sforno writes (Bamidbar 8:2):

The intention [of them all] ... is to fulfill of the will of G-d, the Blessed One, in such a manner that through all of them His intent will be realized, and together they shall exalt His Name, as they accepted upon themselves [at Sinai] ... "The entire people responded TOGETHER and said, `All that Hashem has spoken we shall do!'" (Shemot 19:8), meaning that together we will fulfill His intent.

This is how the nation of Israel is constructed, as a single body containing many different limbs, all dedicated to one purpose. Through this, the men of the land help the men of spirit, and no one group negates or dominates the other, as Chazal state, "The grapes must always pray for the leaves, for if there are no leaves there are no grapes." The Gemara compares the talmidei chachamim [Torah scholars] to clusters of grapes, and the laymen to the leaves. Talmidei chachamim must value the actions of the average Jew, for without him, the scholars would not exist, either.

At the end of the parsha, Hashem commands Moshe, "Gather to Me seventy men from the elders of Israel." (Bamidbar 11:16) On this pasuk, the Midrash comments:

This is what is said, "Who built his strata in the heavens, and founded his group upon the earth." (Amos 9:6) To what is this comparable? To a palace that was built on top of boats. As long as the boats are attached, the palace above will stand. Thus, "Who built his strata in the heavens," as it were, His chair is based on high, at the time when Israel forms a single group.

This Midrash deals with the importance of shalom [peace] within Israel. Yet, there is room to seek deeper meaning in these words of Chazal. Why did they mention this strange metaphor of a palace on top of boats, and what is its connection to the seventy elders?

Rav Kook, zt"l, explains that the number seventy represents the maximum number of all possible opinions. Just as the nations of the world are divided into seventy languages, so too the Sanhedrin (Supreme Court consisting of seventy elders) contains all seventy possible positions. Talmidei chachamim increase peace in the world. (Berachot 64a) They all direct themselves to one purpose, enriching each other and clarifying every possible opinion, thereby creating together the great peace.

"The path of a ship in the heart of the sea." (Mishlei 20:19). Every boat goes on its own path, yet the palace that is above them unites them to work for one purpose. This is what chazal meant when they said that "at the time when they are all connected, the palace above them stands." The intention is not to negate the individual ways of the boats, but to unify the separate directions toward one goal.

Thus, the throne of G-d is founded upon the unity of Israel, when each tribe and each individual fulfills his personal task, and together they are all directed to the single goal of founding Hashem's throne above. 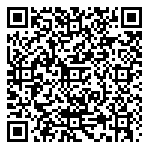