Rashi (Bamidbar 16:1) quotes the famous midrash regarding the quandary which Korach presented to Moshe: Does a talit which is made entirely of "techelet" (blue-dyed wool, a single string of which forms the essence of the tzizit) require tzizit? Does a house full of Torah scrolls require a mezuza? These questions are perplexing, for there seems to be no correlation between Korach's questions and his challenge to Moshe and Aharon's authority. However, through this midrash, Chazal express the philosophy and world outlook of Korach.

The natural order of the world, in both the spiritual and physical realms, is to have a focal center which binds the vast space which surrounds it, from the minuscule nucleus of an atom until the infinite intergalactic expanse. In each system, there is a single center or nucleus which unifies and grants life to the entire infrastructure which surrounds it. Thus, Israel stands in the center of humanity; the tribe of Levi stands in the center of Israel; kehunah (priesthood) is the central nucleus of the tribe of Levi; the kohen gadol (high priest) represents the innermost level. When there is a center, there exists a point towards which the entire unit can aspire. Remove the center, and you have removed the aspiration of the entire circle, thereby leaving everyone at the lowest level.

Korach claimed that there was no need for a center. "For the entire assembly - all of them are holy." (Bamidbar 16:3) But he erred. If everyone is equal, then everyone must be on the lowest level, for if anyone were at a higher level, there would no longer be perfect equality. There must always be a strand of techelet outside the garment, that will resemble the kisei hakavod (G-d's Throne of Glory), and will motivate everyone to grow towards its level. Likewise, a mezuza outside the house serves as a focal point and model. If the entire garment is techelet, and the entire house is full of Torah scrolls, but there is no tzizit or mezuza, there is nothing elevated which serves as a model for growth.

"In the morning the L-rd will make known the one whom is His and the holy one, and will draw him close to Himself; and whomever he will choose, he will draw close to Himself." (Bamidbar 16:5) This pasuk describes three separate levels of choosing: Israel among mankind, the tribe of Levi among Israel, and the kohanim among the tribe of Levi. This theme of centrality is represented by the name of Aharon [spelled Alef, Hey, Resh, Nun], the Kohen Gadol. Hey (five), is the middle of the letters whose numerical value is in the units, Nun (fifty) is the middle of the tens, and Resh (two hundred), is the middle value of the letters of the hundreds [the last numerical value is 400, as there are only four Hebrew letters in the hundreds.] The Alef (one) represents the singularity of Aharon, the Kohen Gadol.

Rav Kook claims that Korach's skewed outlook had already become rooted in humanity during the days of Kayin. The implication of such an outlook is that there is no need for spiritual exertion in order to grow, as everyone is on an equal level. Therefore, Kayin reasoned, there is no difference between himself and Hevel. Kayin failed to understand why his sacrifice was not accepted, for in his eyes everyone was equal. He did not know that there is a need for extraordinary effort in order to be elevated from the periphery to the center. As long as his ethics were defective, it was impossible for him to become close to G-d and to bring a sacrifice. This is also the mistake of Christianity, which pretends it does not comprehend the difference between itself and Judaism. "Why does Israel claim to be the chosen nation," they ask, "for all nations are equal in their spirituality?" The result of such a world view is a lack of effort to perfect one's self, since whether we try hard or not, we still remain equal.

Moshe Rabeinu is the center of Torah, and Aharon is the center of avoda (service). Korach, in his rebellion against these two centers, brought as examples a house full of Torah scrolls and a garment made of techelet. If there is no need for a center in Torah, a mezuza is unnecessary. Likewise, if there is no need for a center in Avoda, then the tzizit, whose purpose is to remind Jews of the 613 Mitzvot (Bamidbar 15:39-40), also becomes superfluous. Korach had to be swallowed up by the earth and descend alive into the pit in order to establish the perspective of Judaism -- that there is no hope for humanity other than through the existence of centers, and through the aspirations and supreme efforts of those on the periphery to approach the center and to emulate it as much as possible. Yet, Moshe and Aharon will always remain above the others, allowing anyone in Israel to ask, "When will my deeds reach the level of the deeds of my forefathers?" In our ears will echo the words of Korach and his followers, "Moshe is emet (true) and his Torah is emet." 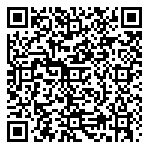